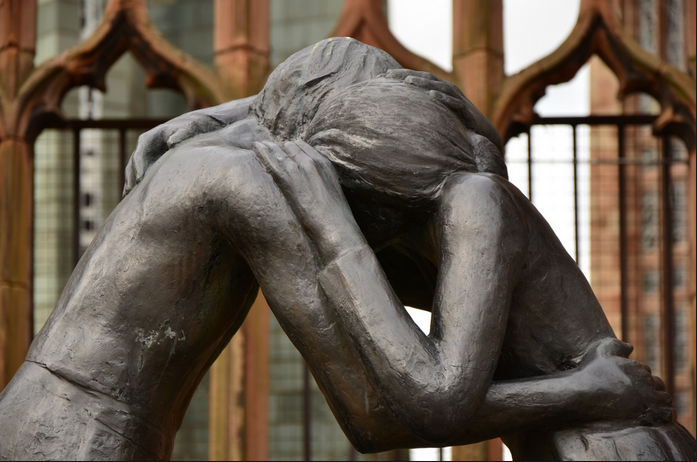 I consider South Africa’s Truth and Reconciliation program following apartheid as the high water mark of ethical advancement in my lifetime. What a bold, poignant, dramatic, and, for many, healing, process it was! And what an example it has set for the rest of the world. Can we as a species now learn the incredible value of providing an opportunity for all parties in conflict, past or present, to air their deep distress and begin a process of both preventing decades and centuries of resentment and vengeance. And instead, can we learn to work toward healing the traumas many endured personally and as a tribe or nation?

So I have been reflecting on the concept of truth and reconciliation this week. Truth is often relative, and we are realistically all aware of that. But when our culture seems to be diluting the essence and treasured value of truth-seeking and truth-telling, of seemingly abandoning a respect for a common sense of truth, I am deeply worried. If it is “true” that “The truth shall make you free!” then it follows that to the extent that we disregard an honest seeking of the truth we are likely soon to be ensnared by a web of lies, disregard for fact, and dishonest reporting. The press will not be free. We will not be free. And ultimately our own psyches will be corrupted into skeptical cynicism.

If South Africa had somehow pretended that all the suffering under apartheid needed to be just forgotten, or that only the “other side” would forever be blamed for the atrocities, it is likely that So. Africa would still be in a state of communal war, of perpetual apartheid, trapped in generations of festering hatred and resentment. Instead, the deep pain of killing and torture and abuse was courageously outed, named, wept over, and often – but not always, of course – mitigated enough that the nation and all those impacted by the grief of apartheid could get on with life without a heavy burden of years of distrust and vengeance. Would that we would have been graced by such a process following our Civil War!

But here’s the catch about truth and reconciliation: Truth without the intention of reconciliation doesn’t work. It doesn’t work for me to simply tell “the truth” to my partner about something I don’t like about her or her family or her friends, as “truthful” and satisfying as that might be at times. Without a spirit of also seeking some resolve and reconciliation, my truth-telling not only doesn’t help but worsens the situation. Similarly, it is dangerous for any of us to only angrily spin ourselves into a web of resentment and anger in response to Trump’s lies and the harm his administration imposes on us. Expressing anger and resentment, as truthful and tempting as it might be, isn’t enough to produce change, and it may even be harmful to us as well. Do we also have a commitment and a vision for reconciliation included in our truth-telling? Maybe or maybe not, but it still needs to be a goal, as difficult as it might be. Can we personally attempt to hold and practice integrity in the face of the difficulty in maintaining truth, even if there is risk involved? Can we work as hard at imagining alternative economic and social systems as we do in criticizing the injustices around us?

This brings me to nonviolence as a connector between truth-telling, resistance, honest expression, and a path to reconciliation. For example, I encourage people to learn nonviolent communication www.nonviolentcommunication.com – or the use of “I” language or deep listening – as a personal discipline for seeking and expressing both truth and reconciliation in our personal, professional and civic lives. I think of standing nonviolently with courage and resolve to protect a truth about the sanctity of water and human dignity as we witnessed at Standing Rock that provided so many opportunities for reconciliation among the tribes, between white veterans and tribal elders, and perhaps even among the national guard and the protectors, for example. And, of course, sadly, I also need to accept that the oppression, harm and fear we may be up against is too powerful, too divisive and deep so that all the efforts at truthful negotiation and reconciliation, are not possible, for the moment at least.

But I am convinced, now more than ever, that we must all learn to work to learn a practice of nonviolence as a path to reconciliation. It is responding with dignity and resolve to violence and oppression out of empathy and love, as difficult as this often proves to be. It is truly believing our differences and divisions can be mediated and our injustices and traumas addressed, even if that seems so impossible because of unequal power or blatant oppression. I strongly believe we need to learn how we can live in this spirit of nonviolence, and the Trump era will be a critical and difficult test for many of us as well as an opportunity to learn.

My goal if possible for the upcoming years is to provide opportunities for as many people as possible to be able to express their truth in a safe, empathetic, respectful, nonviolent, civil manner. And I want to have the grace to listen and not judge in the process. If done in a spirit of nonviolence, I believe it is also the path to much needed reconciliation in this divided and anxious world.