The Midpoint Between Truth and Reconciliation Is Reparations 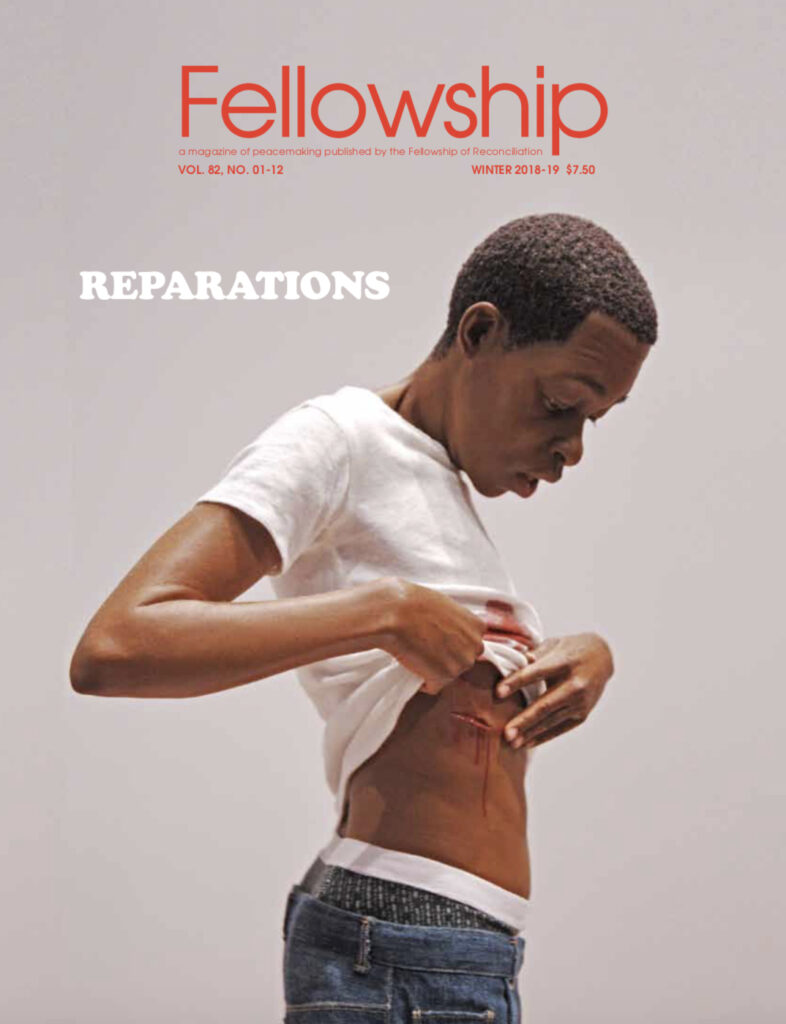 Over the past two years, the article that has come up most frequently in my Facebook feed describes how a report submitted to the U.N. Council on Human Rights has argued that the United States should begin “reparatory justice” processes concerning the “current and historical treatment of black Americans” – processes that would include financial compensation. The Sept. 26, 2016 Washington Post headline introducing this article reads, “U.S. Owes Black People Reparations for a History of ‘Racial Terrorism’.” This conceptualization most fully and challengingly takes on the meaning and scope of reparations.

What the U.N. working group got right was their equal attention to the legacy of slavery and to the world we live in now. Their report speaks to the racial apartheid in the United States that privileges White citizens, directly resulting in violence against Black and non-White people. The legacy of slavery constantly impacts Black people in the United States who are descendants of the transatlantic slave trade. In the United States, the New Jim Crow, housing and employment discrimination, and economic inequality make the social, material, and spiritual conditions that Black people experience unbearable.

I speak directly to the case of Black people, because I am Black and my life experience is a testimony to these issues. Yet in these experiences are moments of possibility that speak to the spiritual strivings of all people in the United States interested in justice. In this society, the passive acknowledgement of the correlation between White privilege and injustice against Black people has made White liberals into moral monsters. But nobody wants to be a monster, and it is unnecessary to continue in that way.

Many are thinking hard about how to heal this injury. A Portland, Oregon-based racial justice nonprofit, Brown Hope, invites White residents to a monthly meeting where they donate to provide food, sometimes drinks, and a $10 reparation. With 30 to 50 people showing up for each event, they hand out more than $300 in cash each month. While the amount is seemingly paltry, this group is concretely addressing the moral need to continuously acknowledge the slave trade and its legacy.

In her book Dear White Christians, Jennifer Harvey argues that reparations must replace the dialogue-based approach to racial reconciliation. This is a spiritual project that speaks to the need for those interested in racial reconciliation to learn about the history of White supremacy in the United States and make amends. Making amends or atoning for past harm must always involve changing or addressing that harm. When truth-telling about police violence, gentrification, and the daily impact of racism fall on sympathetic but generally inactive ears, there is a feeling that little will change. Yet the interest in reparations for African Americans as an ethical, spiritual, and practical matter continues to garner interest and movement.

Recently a Seattle-based rabbi, Ruth Zlotnick, made an impassioned plea for the U.S. to make reparations to African Americans. Framing her article in the language of atonement for sin, Rabbi Zlotnick wrote,

We avert our eyes from the terror that’s been inflicted on millions of African Americans; we’re sickened to realize that we’re safe by virtue of our skin pigmentation. For some of us, if we’re honest with ourselves, we resist the truth because to accept it means we’ll need to shift the status quo and make substantial sacrifices. And many other white people are paralyzed by the knowledge that the full damage caused by slavery, segregation, mass incarceration, and police brutality will never be rectified.

Her spiritual plea speaks to the urgent nature of legislative remedy. But there are other dimensions as well. While legal approaches are necessary, changing the culture of White liberal philanthropic, nonprofit, and individual social justice efforts to provide long-term commitment to Black-led Black liberation can be reparative. In my work at the Fellowship of Reconciliation (FOR), in coalition with the Truth Telling Project of Ferguson, Restorative Justice for Oakland Youth, and other groups, we’ve been developing a grassroots reparations campaign focused on public learning and action.

What I’ve learned most from my experience as a scholar-activist is that the impact we want occurs when the people experiencing the harm are supported to lead the change in their communities. Three community-based projects, Southern Reparations Loan Fund, Soulfire Farm, and Wildseed, speak to how Black leadership can be take initiative and shape reparations at the grassroots level, affecting the material conditions of small communities. Supporting such work is something that can be undertaken by anyone, and right away.

The midpoint between truth and reconciliation is reparations.

I have come to understand that spiritually-rooted grassroots reparations must be based in a moral framework of abundance. Yet contemporary American life and economy operate from an assumption of scarcity. Most people today understand that winning (which implies that somebody has to be losing) is a core feature of our institutional processes.

In an August 27, 2016 article entitled, “No Vacancies for Blacks: How Trump Got his Start and was First Accused of Bias,” The New York Times reported how the current U.S. president, his father, and current members of the Trump family profit from housing discrimination. Later in this issue of Fellowship, I write about widespread housing discrimination in greater detail.
What do those who benefit from a White supremacist system owe?

We seek to answer these questions as we work with Black communities across the country.

Reparations is an intersectional issue that crosses and impacts various identities. FOR has taken up this work, listening and acting in ways consistent with the wishes of the most impacted communities. We affirm a framework of healing, support, and continued solidarity for reparative justice. Learn more online through our new FOR Truth and Reparations website.