Syria Through a Fractal Prism: Conversations on War and Peace with Judy Bello

“There is no instance of a nation benefitting from prolonged warfare.” – Sun Tzu

I just finished another podcast with Judy Bello, a Middle East political analyst and longtime anti-war activist in Rochester. Judy recently came back from a fact finding civilian peace delegation to Syria, where she had the rare opportunity to talk with people on the street about what is really happening to their beloved country. In her blog she recounts many of these human interactions while placing the war in a larger geopolitical context. Judy reports:

“Yesterday we visited a program run by the Syria Development Trust for women who are head of family. This is mostly due to the death or loss of a spouse. The women learn to sew and are then assisted in finding jobs. Mostly they are very young and very pleased with the opportunity. The program includes daycare and literacy classes for those who want them. The program does not differentiate which side the missing husbands were on. The candidates are vetted according to their personal situation and whether they are deemed ready to successfully complete the program.”

Later on that day she visited an orphanage for the children of soldiers killed in the line of duty.

“The school is a boarding school though those students who wish to do so and can do so may visit their mothers on the weekend and during the summer” she explains. “The program goes from 3 months old to those ready to graduate to college or work. There were 40 students in the program before the war. Now there are 750 girls and 500 boys. They have had to radically expand their facilities. The facility is quite nice and the children receive counseling, material support and education.”

In this particular blog, she concludes with an account of the Mufti and the Bishop of Damascus, stating that both

“were wonderfully generous and charming. Their message was that Syrians are one people. Each man says he has 23,000,000 people  (the total population of Syria) under his care. They would like to come to the US together but the Mufti cannot get a visa and the Bishop doesn’t want to go without him.”

The Deconstructed Globe: Selected Views Through a Fractal Prism

I always appreciate Judy’s perspective. She cares deeply about the welfare of people who have suffered due to economic and political violence. She is a tireless advocate for women and girls in the Middle East, and she is never afraid to speak her mind. I may not always agree with her assessment of certain political actors, but I never question her basic knowledge of the facts; nor do I doubt that she is reporting exactly what she sees and hears on the ground. 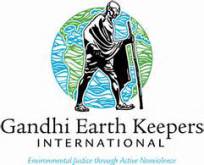 I also have tremendous admiration for her courage. How many United States civilians are packing their bags and heading to the war zones of Syrian cities and villages to discover what is actually going on? How many of your neighbors who have an opinion on Syria have talked to peasants, shopkeepers, aid workers, teachers, and various political officials living in places such as Damascus and Homs?

Agree or disagree with her analysis, Judy has the guts and tenacity to get real information in a way that very few people are.  As a result, she brings to these conversations an immense authenticity that I never take for granted. She does not just regurgitate someone’s impression of Syrian President Bashar al-Assad, she sacrifices the resources needed to travel to Syria and questions the embattled leader face to face. For that reason alone she is an important journalistic voice in our local community. Don’t call her an Assad apologist. She is simply a damn good reporter.

Admittedly, what Judy has to report may not be easy for Americans to accept – at least not unconditionally. Mainstream media outlets such as the New York Times, Washington Post and CNN have told the American people that Assad gassed his own civilians, used cluster bombs on bakeries and schools, ordered a crack down on the nonviolent Arab Spring protests, and has been willing to trigger World War III to maintain autocratic control over a terrorized populace. Older charges include the imprisonment and torture of dissidents under the State of Emergency laws (dating back to 1963 during his father’s reign), and even the harboring of former Nazi officials. In the Western press he is portrayed as a hypocritical, obsessed, and vicious man who will stop at nothing to hold onto his fragile grip on power.

Judy is more than willing to explain how these accusation have been manufactured by outsiders with a vested interest in the collapse of Syria’s sovereign republic. In general, she is far more interested in discussing ways that Syria can achieve peace and reconciliation than focusing on the actions and legacies of individual politicians. One of the major problems with the Syria issue is, in Judy’s opinion, that it is so heavily focused on Assad in the press and so lacking in contextual coverage that we find ourselves in highly polarized conversations that distract from the answers to the questions like “what needs to be done to bring peace”? As she explains in one of her recent blogs:

“There are significant differences between the perspective presented by the Western press and that of the Syrians we met with this week. There is one I would like to point out, that was made very clear by everyone I met with during my stay here in Damascus. Syria is a sovereign country. It has a government which is doing its best to provide the services that governments provide including the provision of necessary resources and services to civilians including personal security which includes ethnic and religious tolerance and equality under the law. None of the forces at war with the government of Syria have demonstrated the capacity, or more importantly, the desire to provide these basic human and civil rights to the people of Syria… President Bashar Assad comes across as a well educated, progressive individual who is taking responsibility for providing for the people of his country who elected him by a significant majority, and leading a government which is attempting to respond to the issues that have caused civil unrest and discontent within that society while at the same time facing a vicious attack, funded, armed and manned by wealthy countries that have no civil rights and provide few social resources to their population. Not only is the government of Syria with their President doing their best to support the people of that country, but were he to leave, there would be no leadership in the fight against forces that oppose the values of the vast majority of Syrian people and are determined to tear the state apart.”

Die- in at Hancock Air Base near Syracuse, NY. Judy Bello is a longtime anti-war activist. She has helped organize several anti-drone vigils and rallies at the air base.

Listening to Judy, it strikes me how there is no Good and Evil in war. There are only good people doing evil things to each other. War is not black and white. War makes the sky black with the white smoke of despair and makes the black night white with the heat of misery. In the end, war makes color, race, ethnicity and religion irrelevant by destroying everything in equal measure. A bullet does not care whether you are Sunni or Shiite. A bomb does not discriminate between Kurds and Alawites. The water from poisoned wells is sipped by both young and old. War has no boundaries. It inflicts suffering on the innocent and wicked alike.

That being said, I am encouraged that Judy sees a path out of war. On her website The Deconstructed Globe, she describes many of the technical factors involved in achieving stability in this trauma stricken region. As usual, I am impressed by her thoughtful political observations and moved to action by her undaunted pragmatism. Like her, I hope for reconciliation and peace for the people of this ancient and majestic land. Moreover, I totally agree with her that anything is better than a complete breakdown of society. The last thing in the world the free people of Syria need is to be ruled by sadistic zealots in a Band State funded by extortion and other forms of gangster terrorism.

Still, the cynic in me does not believe that peace and reconciliation can happen until Bashar Assad is replaced. But what does that mean? Who would replace him and who would choose to elect his successor? Does the Middle East really need another puppet regime?  How exactly can there be reconciliation in Syria when Washington and Moscow are unable to work together? To my untrained eyes, it appears as if Syria is quickly unraveling into another Vietnam like quagmire i.e., a political conflict that disintegrated into an intractable proxy war between competing superpowers.

US Forces in Syria

From my blissful and naive vantage point in cozy Rochester, NY, it looks like no side can win this-neither militarily or politically. There seems to be way too much incentive for the arms dealers and mercenaries of the world to resolve this crisis through a mere transfer of power. Just way too many questions all together. For example, who are the “rebels” and what do they ultimately stand for? Could Assad have survived without Russian intervention? What really happened at Tabqa Air Base? Has the United States targeted hospitals with drone strikes? Has the Syrian Army used thermite bombs? What are the true ambitions of nations such as Turkey, Qatar, Saudi Arabia, Iraq, Afghanistan, and Iran? Like the war itself, these questions seem bleak and endless.

Although Judy does not have answers to all of these questions (and probably feels like some of them are outlandish),  I am grateful for her continued presence on the Broken Spear Vision.  We need her practical – on the ground – intelligence now more than ever. If we are unwilling to hear news that we find unconventional and unsatisfying, what good is news anyways? Why not just believe what you thought already and go about your day? But if you are looking to be genuinely informed and rightly disturbed, I invite you to check out our series of podcasts at www.rochesterfreeradio.com. This new station represents what it means to have a free and open press. Honestly, I fear that without community radio programs like RFR we are descending into a system in which independent voices like Judy Bello’s will be simply banned for contrasting with the official narrative. Not on my watch.

“War will exist until that distant day when the conscientious objector enjoys the same reputation and prestige that the warrior does today.” – John F. Kennedy

George “Casey” Payne is the founder of Gandhi Earth Keepers International based out of Rochester, NY. He also teaches philosophy at Finger Lakes Community College and works as a photojournalist, blogger, and community activist throughout the Western New York area.