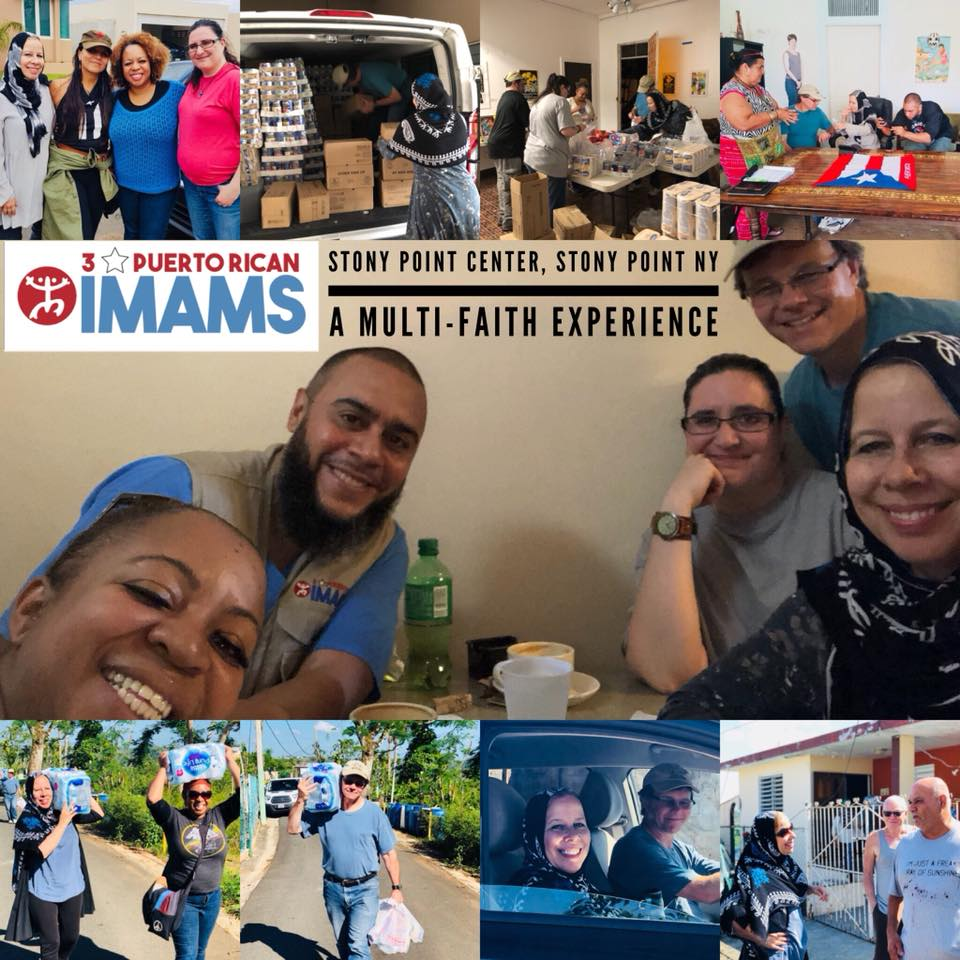 I’m Puerto Rican, but I didn’t learn much about the history of Puerto Rico or the political implications of its being a territory of the United States until I was a freshman at Brooklyn College. It was devastating but not surprising that I would learn so little about the island in my early school career – never mind the truth about its history. However, as I began to learn more about the political and economic implications of being a United States territory, and especially after my visit to the island after Hurricane Maria, I began to think about what decolonization would look like. As it is for many other members of oppressed groups, the idea of reparations seemed like a solution to me. But what would be adequate reparations for the stripping of land, economic resources, and inalienable rights from the Puerto Rican people?

December 2017 was when I finally returned to Puerto Rico in search of my family. It had been ten years since I had last visited, and now I was going back to find my relatives after the storm. As I approached San Juan, a flight attendant had greeted me: “Bienvenidos a Puerto Rico!” It was a warm welcome, but my fears about what I might witness would not subside.

I wasn’t alone on my pilgrimage. Three other members of the Community of Living Traditions, a multifaith nonviolence community where Christians, Muslims, and Jews live and work together, had come with me. Our journey had begun when Susan Smith of CLT’s Muslim cohort made a connection with a team known as the Three Puerto Rican Imams. A cohort of three imams helping the people of Puerto Rico rebuild! Now we were going to learn and to assist. I would face my fears by showing up and doing something. What would I discover?

Walking through the airport, I couldn’t help but absorb so many signs of my culture: the Puerto Rican flag, the colorful murals of my Puerto Rican ancestry. Thinking about the different transformations that Puerto Rico has endured throughout its history, I was moved to notice, even in these circumstances, how much the pride of its people remained.

Puerto Rico’s troubles didn’t begin with Hurricane Maria. It was in 1493 that the island, named in the 1520’s as Puerto Rico, was “discovered” by Christopher Columbus. I put the word in quotes because the Taino people were already living there. Puerto Rico’s “discovery” meant that the land was forcibly taken from the Tainos, who were murdered and enslaved by Spanish colonists (who also imported slaves from Africa), roughly from 1493 to1550. The Spanish conquest of Puerto Rico and the Caribbean has been said to have been a genocide.

Colonial rule over Puerto Rico continued way beyond Christopher Columbus. For example, on July 25, 1898, U.S. troops invaded Puerto Rico while taking part in a war against Spain. The island was a secondary military object of the U.S. agenda: Cuba was the primary objective. After a short military movement, the United States and Spain signed the Treaty of Paris on December 10,1898, in which Puerto Rico, the Philippines, and Guam were given up to the United States. The Treaty of Paris specified that the U.S. Congress would determine the civil rights and political status of Puerto Rico and other territories acquired. In practice, this meant that the U.S. Constitution was not applied equally to Puerto Rico (or other overseas territories). The United States Supreme Court developed a new legal category called “unincorporated territories.” In unincorporated territories, basic rights only apply as a matter of law. Other constitutional rights are not available to islands considered territories.

The “unincorporated territory” label would be solidified by the signing of the Jones-Shafroth Act on March 2, 1917 by Woodrow Wilson. It granted Puerto Ricans U.S. citizenship, but there was a catch: anyone who remained on the island of Puerto Rico could not exercise that citizenship. Many consequences for Puerto Ricans followed. For one, like other people living in United States territories, Puerto Ricans do not have the right to vote for members of Congress. They can vote for their own legislature – however, any laws passed by the territorial legislature can be nullified by Congress. Elected delegates can attend congressional hearings, but may not propose legislation, vote on bills in committees, or participate in a final vote. U.S. territories have far less power politically than other U.S. commonwealths.

Hurricane Maria destroyed the heart of Puerto Rico, then made its way to the outskirts, destroying homes, farms, water supplies, agriculture, and claiming many lives. Because of the territorial status of Puerto Rico, people are unable to get loans to rebuild their homes: without deeds, they cannot prove that they are the owners. Even before this, much of our land had been destroyed by military use, affecting our ability to grow crops and establish farms. This has obliged us to import food from the U.S. The hurricane just made a bad situation worse.

The Three Puerto Rican Imams and the Community of Living Traditions joined forces in offering emergency assistance, visiting different parts of the devastated island handing out water, rice, beans, and feminine products. Not only did we help with humanitarian aid, but we got the lay of the land through the beautiful stories of survival shared by the people we met. (Sometimes we literally got the lay of the land: At one point this city girl was standing on top of a mountain, looking down at a farm and watching a bull graze in a meadow!) Visiting Lares and Comuy had the most impact on me. There we were introduced to people looking to deconstruct the colonial structure by reclaiming their indigenous roots, developing their own local food production, and building a network of community organizers around the island. It showed me what could be done, and is being done.

Then it was December 13th. Susan, Sherly Fabre, Rick Ufford-Chase, and I – the whole CLT contingent – set out to La Palgeta to see my family. It was a difficult ride for me. As we drove up the mountainside, our shared feelings of discomfort at witnessing the broken-down houses and fallen trees paralleled my private feelings about meeting my family. Uncomfortable because of my family history, I saw my own broken relationships in those literally broken homes. Yet when we arrived, I was unexpectedly greeted with warm regards and happiness. My sister had grown: she was no longer the little girl with stringy hair. I had the opportunity to meet my new niece Fabiana, who was born a couple of days after Hurricane Maria, and my three-year-old nephew Sabastian and brother-in-law Francisco, whom I had never known. My family turned out to be very different from what I had imagined it to be, and my world changed. However, I could never forget why I was there.

The echoes of Hurricane Maria loomed in the back of all of our minds. I spent three days with my family talking about politics, the desperation to decolonize, the “Red vs. Blue” lines drawn among the Puerto Rican people… and as the days blended together I was confronted with the reality that it was time to go home. I came away with stories of my family, a keen sense of the island my brother spoke so much of, and relationships with my sister and my father that I never expected to have.

I also came away, for the first time, with a vital sense of the island and its needs.

So what might reparations look like in Puerto Rico? The deconstruction of the remnants of colonial rule and the breaking down of oppressive laws and structures, certainly. But my visit showed me that humanitarian issues must also be addressed.

I have come to the conclusion that one appropriate form of reparations would be to grant full citizenship and financial support to people who remain on the island. The people of Puerto Rico could then demand the benefits of the constitutional rights they deserve, rather than remaining vulnerable, voiceless, and permanently dependent on the continental U.S. Another appropriate form of reparations would be giving us back our land. The U.S. military still holds large portions of the island’s land for military use. With the land back, people would be able to regain their culture and farmers could use their crops to feed the people.

Puerto Ricans on the island are not helpless. In the wake of disaster, they are still celebrating life – dancing in the middle of the street with candles, telling stories of family life and ancient ways. It was these stories that brought me back to the island, and it these stories that I have carried with me to New York. Puerto Rico se levanta – Puerto Rico rises.