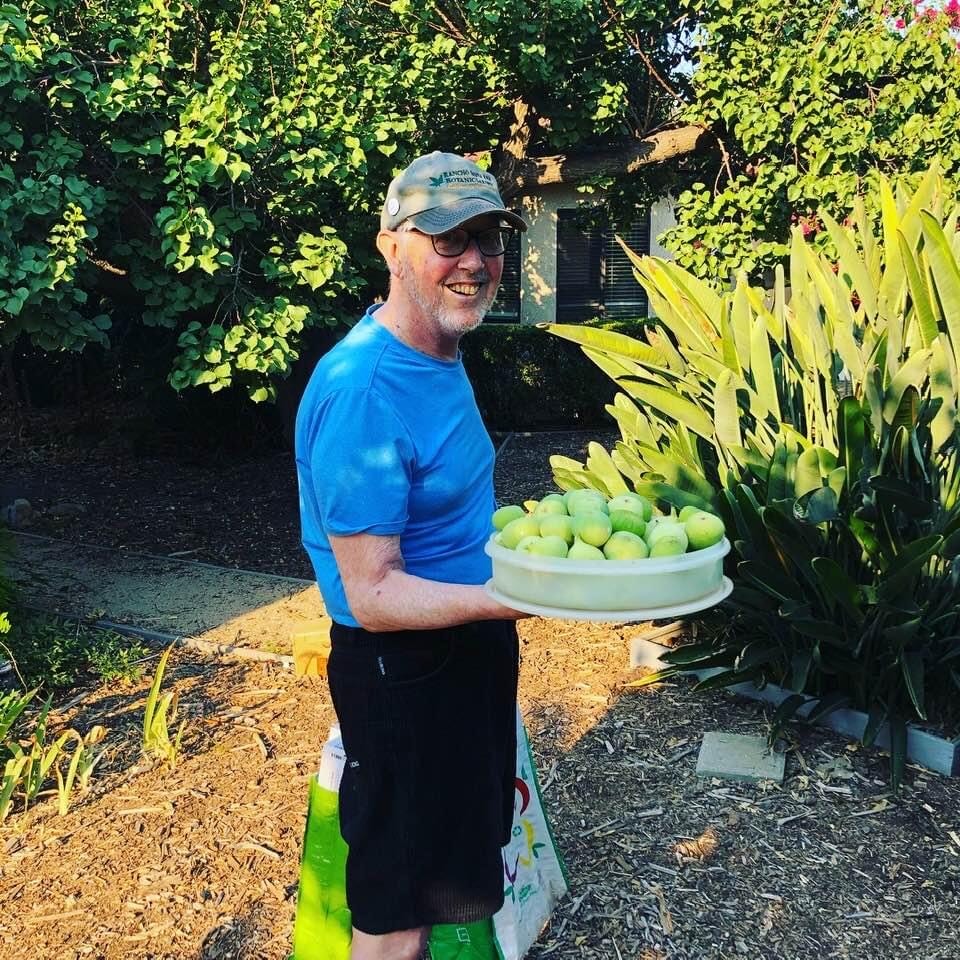 Mark Charles Johnson departed this world on October 12, 2020 at his beloved cottage near North Creek, NY following a lengthy battle with cancer. His life-long fascination with ideas, history, language and people created networks that motivated and sustained him. He read voraciously and wrote poetry throughout his life, made excellent pies and enjoyed foraging, making jams and teas from his harvests and loved hiking and kayaking in the Adirondacks.

Mark was born in Buffalo, NY on June 23, 1947 the eldest child of Eleanor (Siegel) and George Arthur Johnson. They moved first to Eldred, PA and then to Rochester NY where Mark entered school. He graduated from Charlotte High School and went on to the College of Wooster. He spent his junior year abroad at the American University of Beirut. Following graduation from Wooster he returned to Lebanon and served alternative service as a conscientious objector to the war in Vietnam, teaching at Haigazian College. During those years he met his wife Mary. They were married in her home town of San Jose, CA and returned to the Middle East where they worked for the Lebanese YMCA and the University Christian Center and he started graduate study at the American University of Beirut.

He was then accepted at Columbia University and moved to New York City to pursue a Ph.D. in sociology. Twin daughters arrived in 1978. In 1980 the family was invited to be part of the summer staff at the YMCA conference center on Lake George, Silver Bay Association. Returning for the summer of 1981 with his degree completed, he and Mary accepted year-round employment at the center and moved from Manhattan to the Town of Hague, which includes the Hamlet of Silver Bay.

The work at Silver Bay started his long career with the YMCA, which had been kindled in Beirut. After four years as Program Director plus part time teaching for North Country Community College, he accepted his first executive position with the Y and the family, now including a third daughter, moved to Urbana, Illinois for his work as General Secretary of the YMCA at the University of Illinois. Five years later he returned to Silver Bay, this time as Executive Director. There he continued his work with college students, as well as a year-round staff, providing accommodation for hundreds of groups and helping to create programming for a handful of conferences with YMCA roots. He also became actively involved in preserving wild lands within the Adirondack Park, serving on the Boards of the Fund for Lake George, and then the Lake George Land Conservancy and Adirondack Nature Conservatory for over a dozen years. He volunteered with the local emergency services team as an EMT, and later as a member of the Hague Volunteer Fire Department. In retirement he served on the board of the Friends of the Johnsburg Library. He was a Rotarian in several places.

At the end of 2001 he accepted a position on the staff of the YMCA of the USA and moved to Chicago, serving as a liaison between the YMCA and many other institutions and organizations interested in youth and family well-being. After six years he relocated again to New York when he became Executive Director of the Fellowship of Reconciliation in Nyack, America’s oldest interfaith peace organization. He also helped create the Community of Living Traditions and ran the Center and Library for the Bible and Social Justice, both at the Stony Point Center. In 2017 he and Mary moved to Pilgrim Place, a retirement community in Claremont, CA.

Mark’s lifelong commitment to nonviolence involved him with people and causes worldwide. He had a gift for calling others to join him. His recent passions included climate change and knowledge of the true history of the indigenous peoples of America, the latter effort made more personal when he learned only a few years ago that his own heritage included Akwesasne Mohawk ancestors. He became one of the founding members of IMAC, Interfaith Moral Action on Climate. Fellow steering committee member, Rabbi Arthur Waskow, beautifully summarized Mark’s life: “… He was a brave, committed, and creative activist in the struggle for justice, peace, and eco-sanity, and in the reawakening of the prophetic Spirit. …”

He is survived by his wife of 49 years, Mary (Bell); an uncle, David Siegel of Rochester, NY; two brothers, Kirk (Sandy Spezzano) of Maine and Brian (Shay) of Florida; daughters Allison (George) Ricciardella, Monica (Greg) Belvedere, and Anne (Paul) Rappoccio; six grandchildren, several cousins and nieces and nephews. A memorial service is planned for July 2021 at the Silver Bay YMCA, details to follow.

The family suggests that in lieu of flowers donations be made to the Interfaith Moral Action on Climate, the Fellowship of Reconciliation, or Silver Bay YMCA.