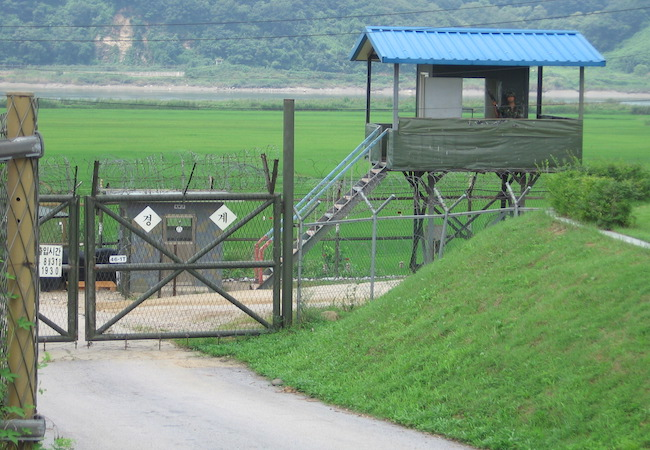 On February 27-28, the leaders of the United States and North Korea will meet in Hanoi, Vietnam. The place of the meeting has symbolic overtones, especially for Americans, that the earlier summit in Singapore did not. The new summit will build on the earlier summit, but also on events since.

The summit meeting in Singapore on June 12, 2018 of President Donald Trump and Kim Jong-un, chairman of the State Affairs Commission of the Democratic People’s Republic of Korea (DPRK), was a highly significant meeting. It had been facilitated by a good number of diplomatic efforts, in particular that of Moon Jae-in, president of South Korea, as well as diplomats from the People’s Republic of China. There were also active non-governmental initiatives from groups in South Korea, the USA, and Japan to encourage such a summit to reduce tensions on the Korean Peninsula. The meeting has generated an unprecedented opportunity for new ways of thinking and practice for resolving current security and economic issues between the two Korean States and China, Russia, Japan, and the USA as concerned outside powers.

This first summit produced a framework agreement for the ultimate de-nuclearization of the Korean Peninsula — the end of the nuclear weapon capacity of North Korea and the withdrawal of U.S. nuclear weapons from South Korea.  In the meantime, there would be a freeze on North Korean nuclear-weapon activity and a suspension of U.S.-South Korean military exercises which the North Korean government has always considered “provocative” and as a rehearsal of an attack. This proposal has been called “the double freeze.” In addition, there would be other confidence-building measures. A non-aggression pact or a strong non-aggression statement by the United States has been mentioned. Other tension-reducing measures would be an increase of separated-family meetings, cultural exchanges, and perhaps a revival of joint North-South Korean economic undertakings.

There has been a definite change in the “atmosphere” from the earlier saber-rattling. An important step to create a framework on security and cooperation would be the transformation of the 1953 Armistice into a formal Korean-war Peace Treaty. The July 27, 1953 Armistice was signed by the U.N. Command Delegation and by Delegations of the Korean People’s Army and the Chinese People’s Volunteer Army.

In 2013, the Association of World Citizens had proposed in a message to then-United Nations Secretary-General Ban Ki-moon that there be a U.N.-sponsored Korean Peace Settlement Conference now that all States which participated in the 1950-1953 Korean War were members of the United Nations.  July 2013 was the 60th anniversary of the 1953 Armistice and thus could have taken on a symbolic significance.

The time was not yet “ripe” in 2013. Today, the political atmosphere may be more auspicious than in 2013. And there is a need to build on the momentum. A peace treaty rather than the armistice could create a strong framework for cooperation. There has not been a U.N.-led peace treaty before. Those of World War II were organized only among the States which had participated, each under its own flag. The 1950-1953 Korean War was the only armed conflicts among States fighting under a U.N. flag.

It is important that the voices of non-governmental organizations be heard  building on the spirit of the two summits. The Association of World Citizens hopes to present a longer-range vision of Asian security and confidence-building measures.