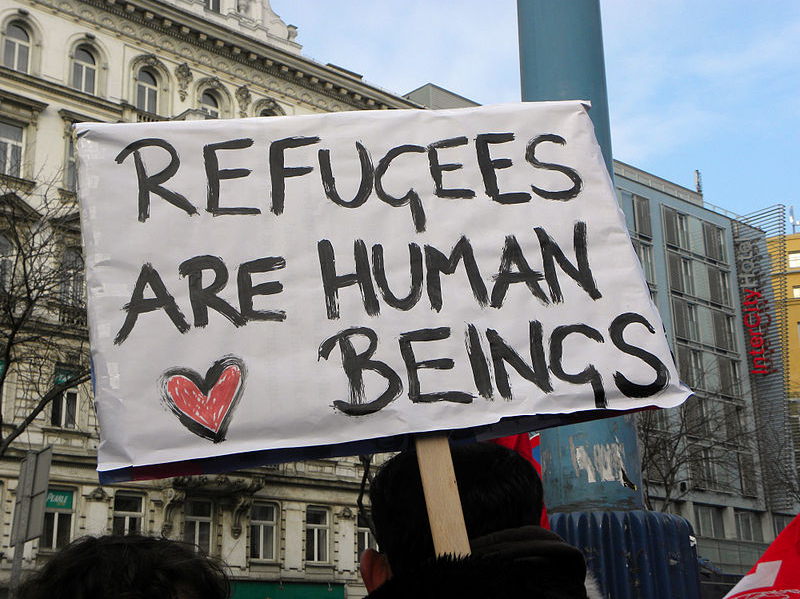 It is not certain than in the transition to the White House, the specialist on minority religions in the Middle East has found his desk and been able to open his files. The ill-considered ban on Muslim refugees and visa applicants set in motion by President Trump had an “escape clause” concerning non-Muslim minorities who were being persecuted or at least under stress from the seven countries cited. These religious minorities might even be given a priority to enter the USA. Only Christians were mentioned, but the Middle East has a host of religious groups with a long history but with a theology that is not always clear or at least not discussed with those outside the faith.

I recall during the 1970s civil war in Lebanon having lunch in Geneva with two high-ranking Druze leaders – Geneva always being a place where Lebanese factions could talk to each other. After most of the lunch time being devoted to their views of Lebanese politics, I mentioned my interest in religion, having been a graduate student of Mircea Eliade, a leading historian of religious thought. I would be glad to know more about the Druze beliefs. After a somewhat prolonged silence, we returned to talking about Lebanese politics.

Thus, in case minority religions in the Middle East are not highlighted in the CIA briefings which someone in the White House is supposed to consider, here is a brief presentation of three groups   with which I have been involved in human rights efforts at the UN in Geneva.

However, first the most newsworthy effort for President Trump would be to offer political exile to President Bachar Al-Assad of Syria, his wife, much of his inner circle and probably a number of supporters. I am not sure that it would solve the Syrian armed conflicts, but it would not pass unnoticed. Someone would have to inform the New York Times journalists and others with even fewer “fact checkers” that the Alawi, President Al-Assad’s religious group, is in no way an “off shoot” of Shia Islam as it is usually referred to in newspaper reports. If anything, they are an “off shoot” of gnostic schools active in Hellenistic Alexandria 2000 years ago whose students came from the wider Middle East. Ali, son-in-law of the Prophet Mohammed was an incarnation of the Logos, the same Logos – the ‘Word of God’ – that also incarnated in Jesus, thus the celebration of Christmas by the Alawi. The Alawi are not Muslims and may be waiting for the Logos to incarnate again, as the Hindu Avatar is said to do when things are dark. However, for the moment, Al-Assad seems to be in no rush to leave.

More probable refugees are persons from three Middle East religious groups with which I have been involved in human rights efforts at the UN in Geneva. My first religious liberty effort at the UN was back in 1956 and concerned the Baha’i of Iran. At the time NGO structures for human rights presentations on specific countries had not been developed as they are now, and one had to wander in the UN building in New York trying to find someone who would listen. I dusted off my files in 1980 when the Baha’i UN Office in Geneva asked me to raise the issue of the Baha’i under the new Iranian government. The Baha’i Office did not want to seem to be dealing only with their own defense. I raised the issue in the UN Commission of Human Rights for three years and then the Baha’i saw that the anti-Baha’i discrimination was a permanent policy and so took over their own defense at the UN. The Baha’i are continually discriminated against in Iran. Some have been put into prison. The situation remains grim.

In 2003, as the US Army took over Iraq, I was contacted by Mandaeans living in England to see if I would raise the issue of the violence against the Mandaeans at the UN. Although the Mandaeans were referred to as “John the Baptist Christians” by the Portuguese Missionaries who first met them in the 17th century, they are not a Christian group nor considered by Jews as Jewish. At the time of John the Baptist and Jesus, there were a number of prophets saying the same thing and baptizing in the Jordan River to wash away sins and to start a new life. With events, the Roman repression etc, these groups migrated to what is now Iraq and Iran. However, only the name of John is remembered from the Christian Gospel of Luke. The Mandaean religious text is called “The Book of John” – probably a third-century text. The Mandaeans are a gnostic group – man is saved by Wisdom – but with Zorastrian and Manichaen elements. The father of Mani, founder of Manichaeism was a Mandaean.

Given the post-2003 persecution of the Mandaeans, many left Iraq for Syria. At first they were welcomed but as the civil war in Syria has gone on, the Mandaeans have problems in Syria but do not wish to return to Iraq. A small number have been able to settle in Australia and the USA but most are uprooted among Syrians.

The third group is the Yazidi, a Kurdish-speaking religious community living in northern Iraq, many in the Mosul area but also in Syria and Turkey. There are some 500,000 Yazidi in Iraq and Syria, but Iraqi demographic statistics are not very reliable. Also Yazidi leaders may give larger estimates by counting Kurds who had been Yasidis but who had since converted to Islam. There were also some 200,000 Yazidi among the Kurds of Turkey but now nearly all have migrated to Western Europe, primarily Germany, to Australia, Canada, and the USA. The Yazidi, like the Mandaeans, do not convert people, and so the religion continues only through birth into the community.

The structure of the Yazidi world view is Zoroastrian proclaiming that two great cosmic forces, that of light and good and that of darkness and evil are in constant battle. Man is called upon to help light overcome evil. However, the strict dualistic thinking of Zoroastrianism was modified by another Persian prophet, Mani of Ctesiphon in the third century CE. Mani tried to create a synthesis of religious teachings that were increasingly coming into contact through travel and trade: Buddhism and Hinduism from India, Jewish and Christian thought, Hellenistic Gnostic philosophy from Egypt and Greece. Mani kept the Zoroastrian dualism as the most easily understood intellectual framework though giving it a somewhat more Taoist (yin/yang) flexibility, Mani having traveled to China. He developed the idea of the progression of the soul by individual effort through reincarnation. Unfortunately, only the dualistic Zoroastrian framework is still attached to Mani’s name – Manichaeism. This is somewhat ironic as it was the Zoroastrian Magi who had him put to death as a dangerous rival.

Within the Mani-Zoroastrian framework, the Yazidi added the presence of angels who are to help man in his constant battle for light and good, in particular Melek Tavis, the peacock angel. Although there are angels in Islam, angels that one does not know could well be demons, and so the Yazidi are regularly accused of being “demon worshipers.”

Many of the Yasidi live in areas that are, or were until recently, under the control of ISIS. Many men have been killed and women sold into sexual slavery or forced marriages. If one is to take seriously the statements of the ISIS leadership, genocide – the destruction in whole or part of a group – is stated aim concerning the Yazidi.

The whole immigration ban of President Trump is an error and counter-productive of its aims. Religion should not be a criteria for refugee status, as is clearly stated in the Refugee Convention. But since persecuted religious minorities were mentioned, it is important to highlight their specific fates.