Get In The Way with Rep. John Lewis

One night this summer, I stayed up into the wee hours, captivated by MARCH: Book Three, the final installment in the trilogy of graphic books that represent civil rights leader Rep. John Lewis’ memoir.

Now, I’m excited to share with you that a new documentary on Congressman Lewis, Get In the Way, is touring the country. Watch the trailer for the film: 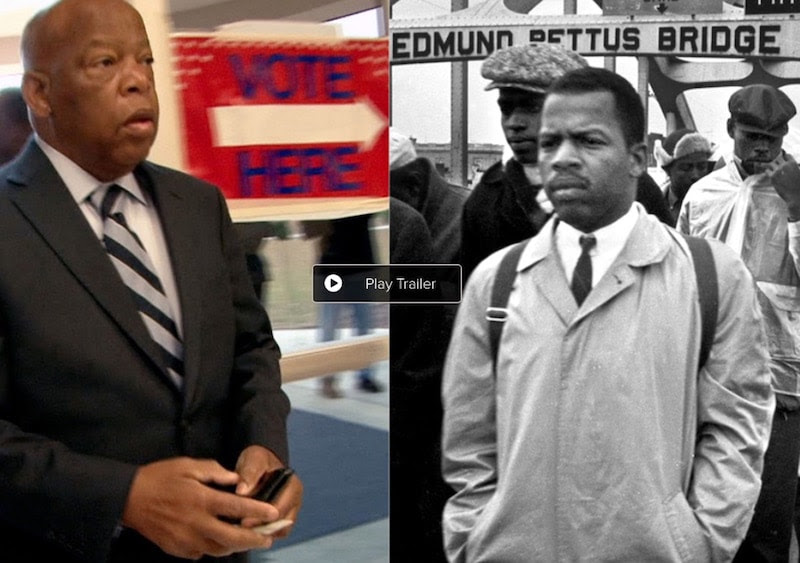 Get in the Way is the first biographical film about Lewis, a respected legislator and elder statesman who continues to practice nonviolence in his determined fight for justice.

This documentary is a riveting portrayal of John Lewis’ personal journey of courage, searing disappointments and hard-won triumphs, as over the decades he inspires others to stand up and Get in the Way.

Attend a screening of the film, or host your own!

Screenings have already been arranged in several communities nationwide:

If there’s not a film screening happening near you, consider hosting one! The film’s producers are eager to partner with community groups.

Many grassroots groups will likely want or need to consider this opportunity in partnership with other activists and/or local film festivals.

Please email communications@forusa.org if you would like support in helping to arrange a local event.

When MARCH: Book One first came out, longtime FOR organizer and former National Council member Gus Kaufman wrote about its publication:

“According to the authors, it was inspired by the Fellowship of Reconciliation’s 1958 comic book Martin Luther King and the Montgomery Story. John [Lewis] told me he didn’t have the 10 cents to buy FOR’s comic when it came out, but someone gave it [the comic book] to him!”

The Montgomery Story is still available from us for your own organizing and education projects. When interviewing Rep. Lewis upon the publication of MARCH: Book One a few years ago, Rachel Maddow said the following about our comic book:

“In terms of our history as a country, what was really, really, really important about this book is that it did not just explain or re-tell that story of that [Montgomery bus boycott] campaign.

“This comic book was also, essentially, a step-by-step guidebook for how to replicate it. How to use what it called ‘the Montgomery method,’ with pages of practical advice of how to choose your battles, how to educate yourself, how to practice facing even violent opposition without ever hitting back. How to see the person attacking you as a human, and how to try to inspire that person to see you the same way, even in the middle of confrontation.

“It’s profound stuff. This was a comic book that inspired and helped to organize a revolution.”

We’re thrilled at FOR’s role in this story and how it connects directly to our continuing work for racial justice.

As always, we thank you for your efforts in the way of nonviolence and for your steadfast support.