With less than six weeks remaining in his presidency, President Donald Trump extended his legacy of fomenting division and sowing the seeds of instability, discord, and violence into a new foreign policy realm. On this day, which marks the 60th anniversary of the U.N. Declaration on the Granting of Independence to Colonial Countries and Peoples, the United States has inserted itself into a context where there is still a Non-Self-Governing Territory without a recognized Administering Power.

The Fellowship of Reconciliation in the United States of America (FOR-USA) condemns in the strongest of terms the Trump administration’s shocking unilateral announcement of December 10th, in which it recognized Morocco’s sovereignty over the Western Sahara region of North Africa. This decision by the Trump administration to throw a burning match on a powder keg situation comes within weeks of Morocco’s breach of a 29-year U.N.-brokered ceasefire in the Western Saharan town of Guegerate. We join our International Fellowship of Reconciliation (IFOR) colleagues in condemning Morocco’s breach, and we condemn the Trump administration’s self-serving dealings disguised as diplomacy.

The Western Sahara has been in dispute since 1975, when Spain withdrew from the territory, and Moroccan troops occupied the region. United Nations General Assembly resolution 34/37 (1979) recognized the right of the Sahrawi people of Western Sahara “to self-determination and independence” and condemned the Moroccan occupation; and much of the world community recognizes the legitimacy of the Sahrawi Arab Democratic Republic.

The White House’s action reeks of the same transactionalism and disinformation that has pervaded this administration’s tenure. In a particularly Orwellian move, Mr. Trump characterized the recognition of Moroccan sovereignty over the Western Sahara region as a win for peace in the Middle East. On the day of Mr. Trump’s announcement, Morocco agreed to begin normalizing relations with Israel. It takes a particular form of Trumpian myopia and double-speak to call empowering Moroccan troops who recently broke a 29-year ceasefire with the Sahrawi people a victory for “peace.” 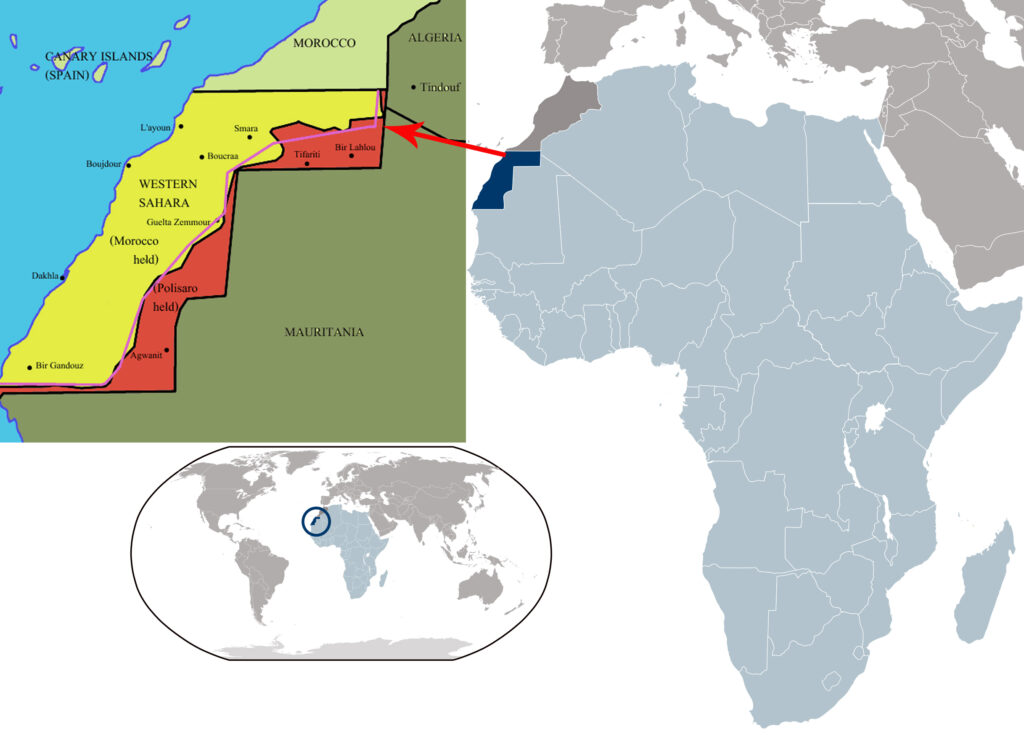 “Make no mistake,” said Rev. Dr. Emma Jordan-Simpson, executive director of FOR-USA, “the world is a less safe—and less just—place because of President Trump’s actions with regard to Western Sahara. Saying this agreement is about fostering peace is as much of a lie as the administration’s litter box of falsehoods about electoral outcomes at home. And although the Western Sahara struggle is an especially little-known conflict here in the United States, it doesn’t take any special knowledge of the U.S.’s secretive military activities across the African continent to recognize that this action is ultimately another deceptive effort to sell U.S.-made weapons while consolidating power in the hands of monarchies and autocrats and away from people’s movements.”

Rev. Jordan-Simpson continued, “FOR stands with the vast majority of the world community in condemning our nation’s disastrous and duplicitous agreements with Morocco this week. The naked calculus of power behind these moves is further confirmation of the bankruptcy of morality, vision, and leadership in this administration.” FOR-USA joins our global IFOR movement in calling on the U.N. Secretary-General to implore the Trump Administration to cease and desist its reckless arms sales to Morocco, and urgently appoint a new U.N. Personal Envoy for Western Sahara to facilitate a negotiated end to this longstanding conflict and ensure the Sahrawi people’s right to self-determination is finally realized.