Bayard Rustin and Reparations: On the critique of past movement leaders using current orthodoxy 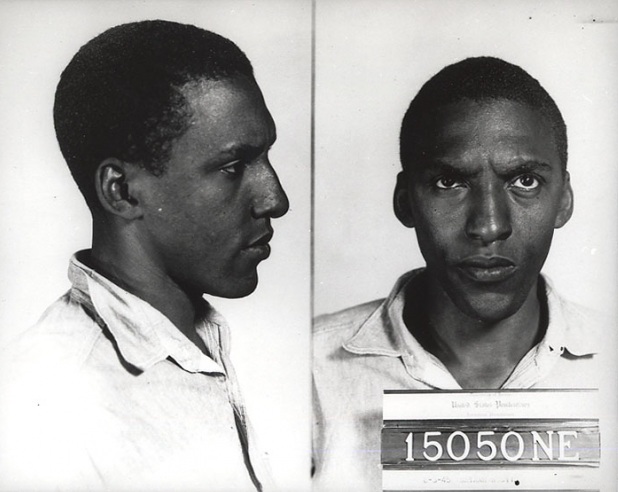 We need to deepen our analysis of the lives and legacies of revered leaders, especially in the arenas of activism and social change. As Coleman Hughes recently pointed out in The New York Times (“The Gay, Black Civil Rights Hero Opposed to Affirmative Action”), Black History Month was as good a time as any to do so with respect to Black freedom fighters.

This type of coverage could be damaging to the legacy of someone like Bayard Rustin, and might leave some of us feeling uncomfortable. But Hughes is right that we can’t cherry-pick the “good” and leave out the “bad” – i.e., Bayard’s views of affirmative action, “opposition to Black Studies,” and reparations – his entire legacy should be on the table.

In his recent response to Hughes’ video essay, Bayard Rustin’s life partner Walter Naegle spoke to the first two critiques named above; and as he was the person who was in the company of Rustin throughout his final years, I would agree with Naegle’s nuanced response. But I think we must also call Hughes to task for the issues he chose to address, and the accuracy of his analysis, given the historical, cultural, and political milieu that must be established to provide a reasonable critique.

I’ll start with reparations. Soon after I was appointed as the Fellowship of Reconciliation’s Senior Bayard Rustin Fellow, I sat down with Walter Naegle to ask about Rustin’s view of reparations. Walter said that Rustin didn’t support reparations. At first, that was a major letdown. I had been working hard to get a reparations campaign off the ground, and I have such respect for Bayard Rustin’s legacy and courage that this news felt like a blow.

Then I thought about my father, who is a few years younger than Rustin but part of that generation that believed that our hard work would be respected despite a white supremacist world. My dad was not (and may still not be) for reparations; nor are many people of his generation.

Yet my parents participated in a class-action lawsuit (involuntarily) because Countrywide Financial defrauded Black customers – choosing predominantly Black zip codes to charge higher interest rates. In addition, the housing crisis negatively impacted my father’s retirement. Ultimately, I believe Bayard (and my parents and others of their generation) would view reparations in a different, positive light today, if they heard it described as not just about money but as a method for addressing and repairing the harm that has continued from slavery into current policies.

This calls to mind the many critiques of past community leaders by succeeding generations. For instance, many in the civil rights era were critical of W. E. B. DuBois. What is our view of him now? Famously, Richard Wright critiqued Zora Neale Hurston, saying she was “cynically perpetuating a minstrel tradition meant to make white audiences laugh.” Zora let her experience tell the story, despite the critiques from those who were engaged in what is called respectability politics today. Zora was dismissed for her critiques of Brown vs. Board of Education. In her defense, she asked the question, “How much satisfaction can I get from a court order for somebody to associate with me who does not wish me near them?” It is possible the Black Power generation of activists would have accepted the assertion that Black students need Black teachers, more generously that the civil right era activists who were pushing toward integration.

But more troubling in the critique of Bayard is the problem with affirmative action and even praise from Republicans.

Bayard had keen insights into our political system, i.e. that civil rights only passed because white elite liberals saw a benefit to it. And why defend a policy that mostly benefited white women – even though it was supposed to help Black folk?

Bayard courted power. Unlike many of our “movement leaders” he did not put his eggs in one basket. If we look at raw numbers, in many areas of the country Republicans are more likely to support Historically Black Colleges & Universities (HBCUs) than Democrats or liberals. Now, this isn’t a defense of conservatism, this is speaking to the reality of what many believe Black people and our movements must do: stay above partisan politics to develop our own political sophistication and autonomy – despite any political party.

We saw how the Clintons, while part of Haiti’s economic devastation, used Black folks when it came to criminal justice and welfare. National-level Black politicians aren’t much better, as many in the Congressional Black Caucus voted for so-called “Blue Lives Matter” legislation (less than a year ago, in 2018), while President Obama played a key role in the current immigration crisis by having his administration detain tens of thousands of people seeking asylum and send heartless letters to countless more immigrants dictating an end to their citizenship applications.

It is a mistake to judge past leaders based on current movement orthodoxy. I argue this especially pertains to Bayard Rustin, who endured so much – long before any of us involved in frontlines work today were even born.

I want to end by pointing out something else that Bayard understood: in one issue of Fellowship magazine, he described how white peace activists critiqued Black people for going into the military. Bayard’s response was, until we change their economic conditions, what do you expect Black folks to do? He was a pacifist and against militarist foreign policy at the same time that he recognized that Black and Brown people were often forced to serve in the armed forces due to dearth of opportunities in our capitalist, neo-liberal economy. Given the intensity of military spending by the U.S. while ignoring Black communities, we might consider spending much more time on that part of his legacy.

Were he still alive today, I am convinced that Bayard would be against the intervention in Venezuela, the Saudi-U.S. war in Yemen, the current racist president, and the debacle Trump has made in talks with North Korea. When he died, Bayard was still standing up for Black lives, queer folks, and struggling for human dignity and rights around the world. Remember that.