9/11 Remembering and Learning at FOR 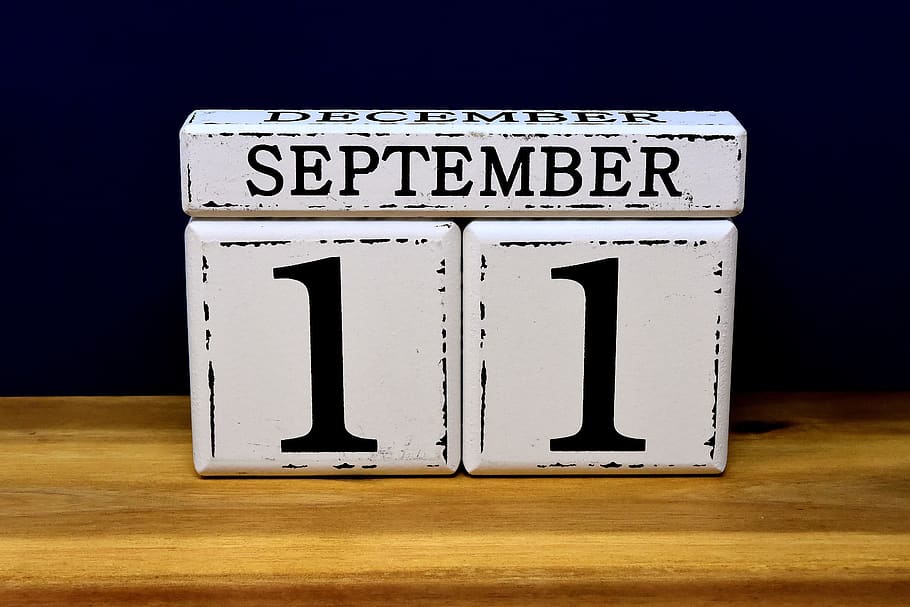 At the Fellowship of Reconciliation’s national headquarters on the banks of the Hudson River, our interfaith staff were gathered for our weekly Tuesday morning meditation. It was September 11, 2001. We had planned an orientation afterward for four young adults who had newly joined our national staff as interns. Suddenly, Marie, our receptionist, interrupted with news of an attack across the river in Manhattan. We listened to endless reports and later learned that the attackers had flown the huge planes along the river, right past our FOR offices.

How would FOR respond to the 9/11 attack?

We dropped everything, becoming a team intent on caring for each other in the frightening and uncertain time and on mounting a FOR response. Individuals offered ideas and picked up tasks. By evening, we had prepared a press release, which was issued during the following 48 hours and very well received.

The next morning, September 12th, program staff began planning and contacting FOR leaders, religious peace fellowships, and national peace organizations to share ideas. Around the country there were calls for a war on the enemy, a war on terrorism, and Muslims were being targeted. We decided it was vital to quickly provide new resources for members around the country, so staff and local volunteers designed, assembled, copied, and distributed an easy-to-duplicate packet titled “9/11 Response: No to War, No to Hate.”

The packet included: statements of condolence from around the world; a guide for self-care and reflection; interfaith prayers and readings; the articles “The Challenge of Terror” by John Paul Lederach and “The Deeper Wound” by Deepak Chopra; and information about FOR programs and membership. The packet also included a sample flyer for organizing a local event with the theme “NOT IN OUR NAME,” to be held at sunset on Sunday, October 7th.

Next, we developed a national speakers’ list and responded to numerous media inquiries, provided interviews, and wrote articles. As interim co-executive directors of FOR at that time, Rev. Richard Deats and I were asked to speak to press outlets and to collaborate with diverse global allies. Eight international Nobel Peace Laureates, with whom FOR had worked, asked assistance in preparing a joint statement and press release. I accompanied three of them to the United Nations to meet with Secretary-General Kofi Annan, and later toured the Family Service Center at Ground Zero.

On the advice of Jim and Shelley Douglass, renowned Roman Catholic anti-war activists, we began encouraging FOR members across the county to become more visible in their communities. We especially urged them to hold small, silent street corner vigils that would show others that they were not alone and who to contact. We held vigils in town, too. We announced to our local community that FOR’s Peace Room (in our then-headquarters, known as Shadowcliff, in Nyack NY) was open for private reflection and made interfaith prayers available. We contacted the nearby Islamic community and offered support.

The local community was tense; our offices were located just north of New York City, and many residents had deep connections to the city. People were in shock; there were warnings that another attack was possible. We heard color-coded daily warnings and even faced soldiers with guns drawn as we crossed the Tappan Zee Bridge. People who had escaped the Twin Towers alive shared their horror stories, and hundreds of photos circulated in an effort to find those who were still missing. We attended services for the dead.

U.S. flags flew from many buildings and most cars, except for ours. Well-known in the area as a peace organization and the home of the Muslim and Jewish Peace Fellowships as well, and conspicuously flying a Whole Earth flag instead of an American flag, resulted in some harassment of FOR staff colleagues as they entered or left our office. We received hateful letters, emails, and phone calls, and even some suspicious envelopes in the mail during the anthrax scare.

In addition to continuing our established programs, we ramped up some new ones. I attended a meeting in Manhattan with staff from other national peace organizations, and we formed a new coalition for taking joint action. It was an intense meeting, and I felt compelled at one point to state that women, too, must be seen at the front of marches and as co-leaders of campaigns this time; a few women quickly rose and stood beside me.

In another meeting, I talked with family members of people killed in the bombings of the Twin Towers. They had adopted the motto, “Not In Our Name.” They wanted to turn their grief into action for peace and nonviolent options, and they requested (and received) FOR’s support to start a new organization, “September Eleventh Families for Peaceful Tomorrows.” Their courageous work, which FOR fiscally sponsored in that early development period and which received tremendous publicity, included organizing events and mounting delegations to Iraq and Afghanistan.

We ramped up FOR’s new active nonviolence training program, Creating a Culture of Peace, which became an important resource across the country for our members, religious peace fellowships, Veterans For Peace chapters, student groups, peace centers, and synagogues and other religious congregations. We publicized other relevant FOR programs: the Campaign of Conscience opposing Iraq sanctions; Interfaith Peace-Builders (now Eyewitness Palestine) with its delegations to Israel-Palestine; the Latin America & the Caribbean program with its focus on Colombia and Vieques; and FOR’s Disarmament program. FOR Staff, National Council leadership, and grassroots members gave speeches, wrote articles, held vigils, and mounted nonviolent projects.

We all were determined to say “no” to war and violent responses. We would try, as Gandhi admonished, to be the change we wanted in the world.

What are some 9/11 lessons for today?

Fear, hatred, racism, religious intolerance, terrorist threat, and political polarization are again poisoning our culture today, 20 years later, adding to other threats from COVID, climate disasters, poverty, and racism. Some lessons stand out to me:

What lessons learned would you add to the list?

[author] [author_image timthumb=’on’]https://forusa.org/wp-content/uploads/2021/09/Janet-Chisholm-headshot-lr.jpg[/author_image] [author_info]Janet G. Chisholm served as nonviolence training coordinator at the Fellowship of Reconciliation from 2000-2006, where she founded Creating a Culture of Peace, a national training collective focused on nonviolent practice, education, and action. During her tenure Janet also served as FOR-USA’s interim co-executive director (October 2000 to March 2002), including the period discussed in this article. She lives in Albany, California.[/author_info] [/author]