Shadowcliff memories: A community of comrades in the struggle

When FOR asked me to write a reflection of my time at Shadowcliff, I first thought about all the different parts of the building I had worked in and roles I held there. 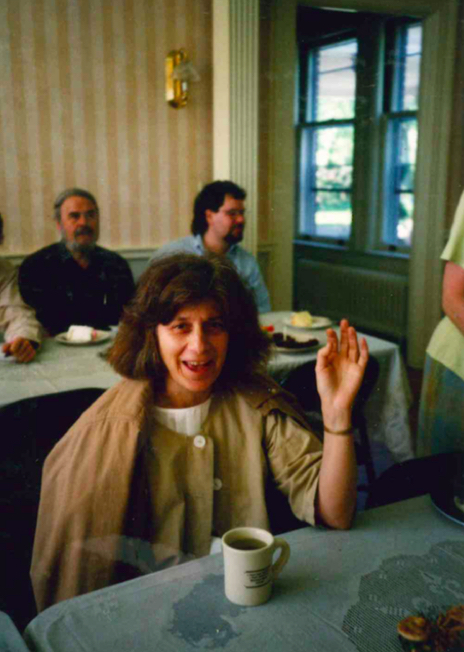 My first job in the building was as part-time administrative coordinator for the Jewish Peace Fellowship (JPF), back in 1987; not long afterward, I added hours on FOR’s staff by working on the database in the computer room – this was in the era before laptops and the Internet. (Half the room was taken up by the computer’s hard drives.) I learned everything about computers on the job.

The JPF office moved around the building. In the course of the 21 years I worked at Shadowcliff, the JPF office occupied at least four different spaces. I also spent two months in 2001 living in the guest room with my son Matthew, then age 10, while I was in transition from a house to an apartment. We shared the third floor with a group of amazing interns. And I worked one year as an interim FOR bookkeeper (in yet another office), and then it was back to data entry before I left Shadowcliff in 2008.

I also worked on many special projects, including local groups and peace fellowship events. I spent time as an intern and volunteer with Children’s Creative Response to Conflict, which later became Creative Response to Conflict (CRC). The CRC office had previously moved from the third floor to the second floor (to the room that later became the JPF office) and then down to the first floor; then I saw it move back up again from the first floor to the third floor (to what had been the Fellowship magazine office). 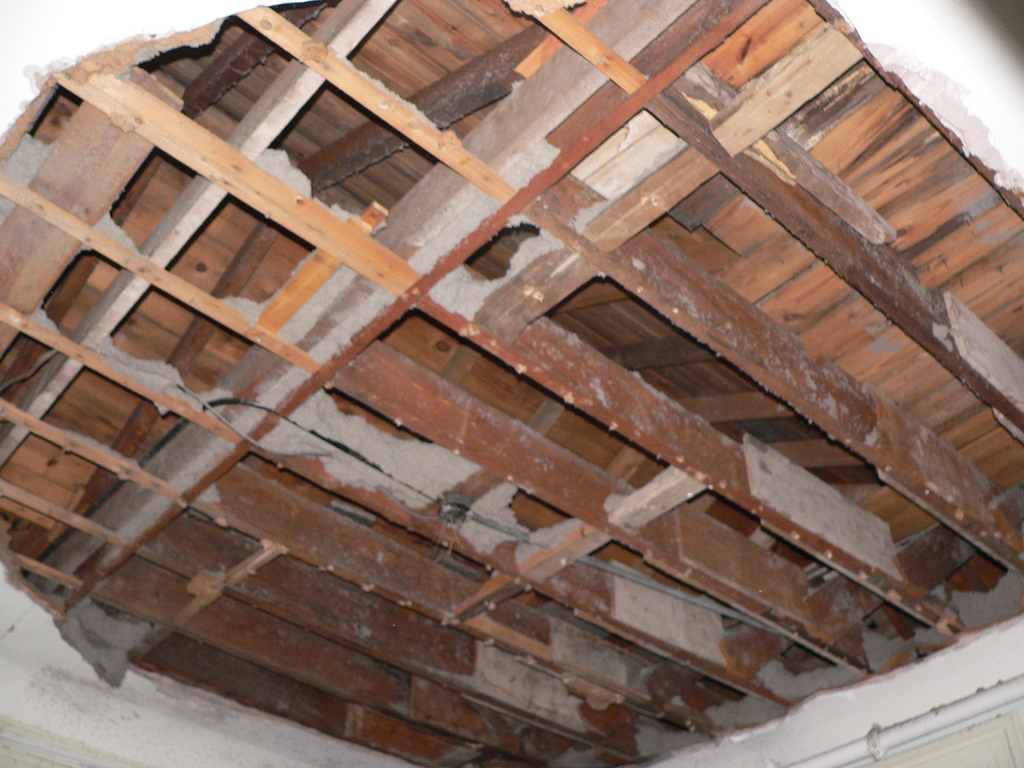 During those two decades we lived through a couple of floods: from storms, leaky roofs, and a plumbing catastrophe that closed us down for a period of time while repairs were made. Some of us had to scramble for workspace elsewhere until we were allowed back into the building. So I must say I saw many, many changes in the building.

I once witnessed what appeared to be a SWAT team at a next-door neighbor’s house. Fire and smoke was coming out of the roof and it seemed like a bomb went off. We were shocked and called the police. They informed us that it was a planned demolition approved by the new owners of the property. They wanted to build another house from scratch, but they had neglected to inform FOR.

Although Shadowcliff had a life of its own, it can’t be separated from the people, relationships, programs, and events that happened there. In its heyday, the building was alive with a staff of about 30 people. In those years, the place always felt filled with people coming and going from all over the world. Many of my co-workers became lifelong friends and comrades in the struggle for peace and justice. Shadowcliff served as a meeting place for many local activist groups, meditation groups, and support networks, including for a time a local FOR chapter, as well as the Rockland Coalition for Peace and Justice.

For many years the building was used by staff, family, and friends for special events, such as birthday parties, weddings, and memorials. As the staff became smaller and the need for a wider use arose, FOR began renting space for public events, which later became a source of contention with some neighbors. Loud noise and traffic were not always welcome in that quiet neighborhood. Our holiday parties grew into big events open to the wider community and fundraisers. 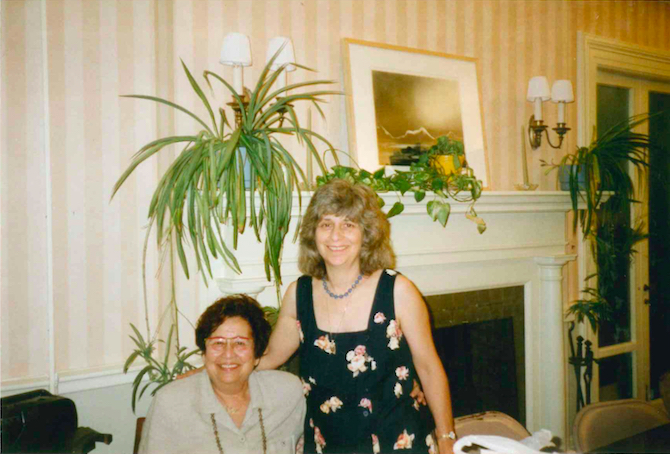 Although they were special, I was nostalgic for the time when it was just used by the staff, former staff, friends, and families. A highlight for me was the marionette shows put together by Paul Peabody, a one-of-a-kind master craftsman. I fondly remember times when George Houser and Dick Voigt performed duets with harmonica and piano. Personally I held my 50th birthday party there, as well as my son’s high school graduation party, and later held a memorial for my mother in 2013.

As I walked through the building recently, during the FOR Estate Sale in early February, more memories came to mind. I remembered when the Stephen and May Lehman Library was built, with such beautiful craftsmanship. The basement was also a big part of the life of the building, with the bookstore and storage areas. I spent many hours there in the JPF storage area and the bookstore. Although not your typical retail operation, through the years many people came into the building looking for the basement bookstore, and I would often direct them. 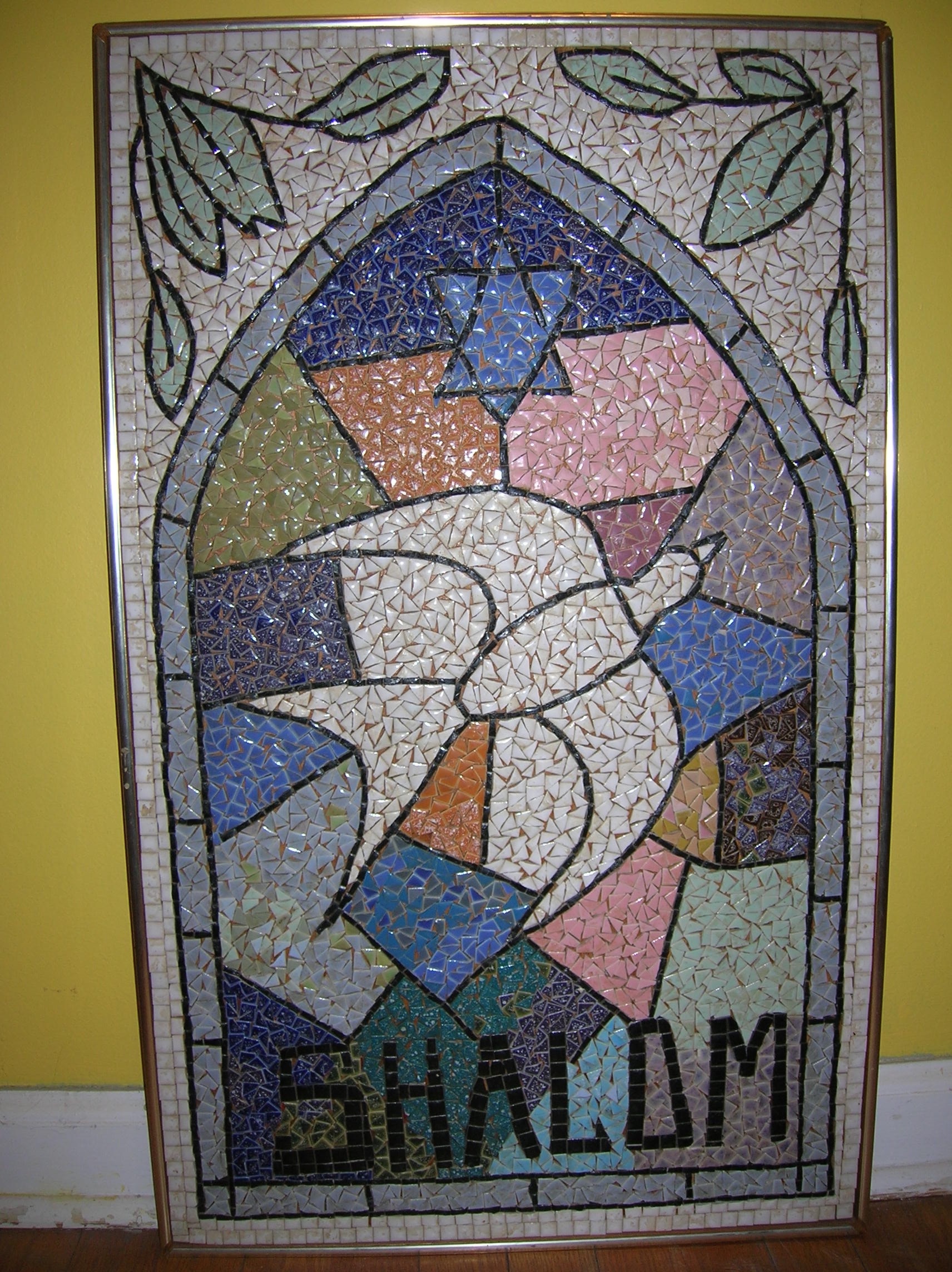 While browsing at the estate sale, I came across an item that called to me. It is a mosaic of a stained glass window: a Jewish star, a dove, and the word “SHALOM.” It had once hung in my office. I never knew the artist or how it came to be there, but I knew I wanted to have this memento. 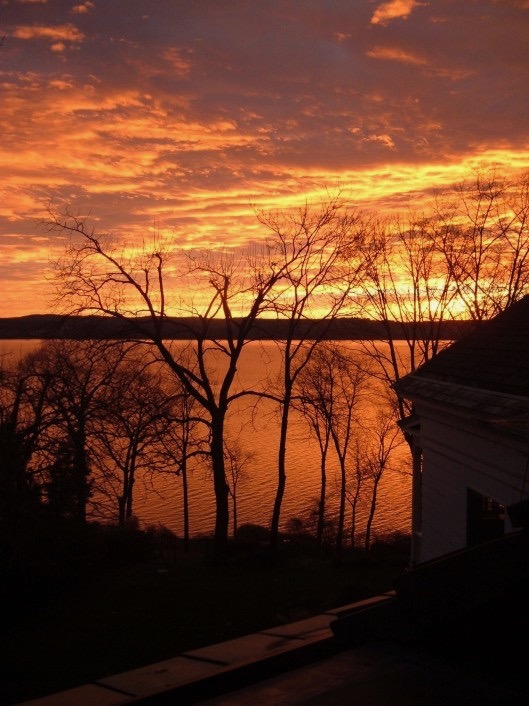 A reflection on the property would not be complete without mentioning the grounds and the amazing view of the Hudson River. At one point, due to a friendly neighbor, we had access to the river. After their property was sold it was no longer accessible. But the river always provided the backdrop for the amazing work that went on there. We had a variety of caretakers, who each took special care of the grounds. Many outdoor events were held, including fairs, concerts, and more. There have been several memorial plaques and trees planted in memory of former staff and volunteers on the grounds.

So a chapter now comes to a close in the life of a place, an organization, and a community. As I often walk to the park at the end of the road that locals call “the hook,” I will always think fondly of what Shadowcliff has meant to me and to so many people here in Rockland County and worldwide. Thank you, FOR.

[Photos: (1) Joyce Bressler at FOR coffee hour in the 1990s, with Richard Deats and Mark Deats in background; (2) Shadowcliff endured a major flood in July 2007 when a sprinker burst, damaging many sections of the building (courtesy FOR Archives); (3) Joyce and her mother Estelle celebrate Joyce’s 50th birthday at Shadowcliff; (4) a special “Shalom” mosaic that hung in the JPF office for many years is now in Joyce’s possession; (5) Hudson River sunset, taken by Lisa Lane from the vantage point of Shadowcliff.]