President Lincoln issued a preliminary Emancipation Proclamation on September 22, 1862, but it was not to take effect until January 1, 1863 — technically at midnight. 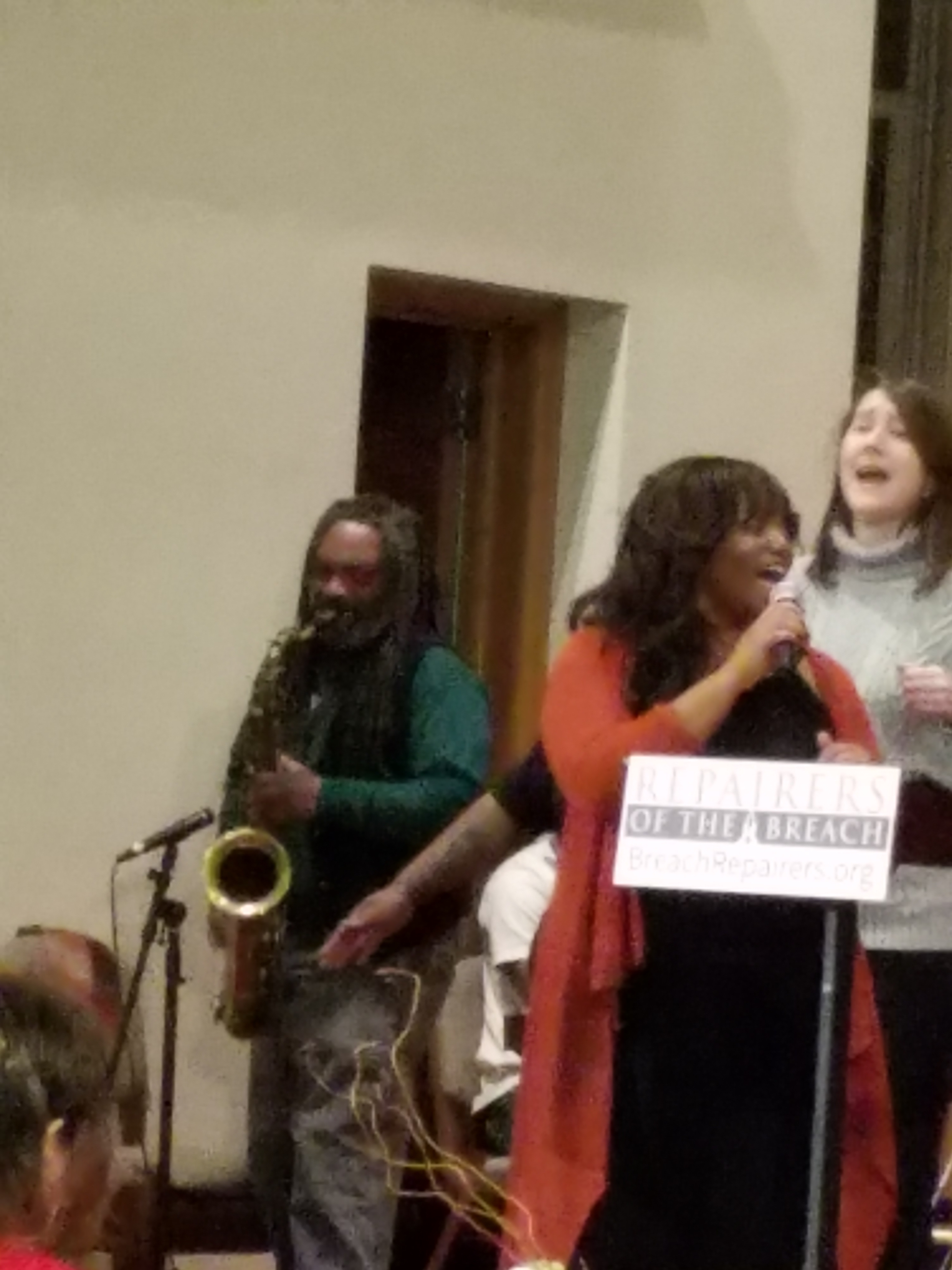 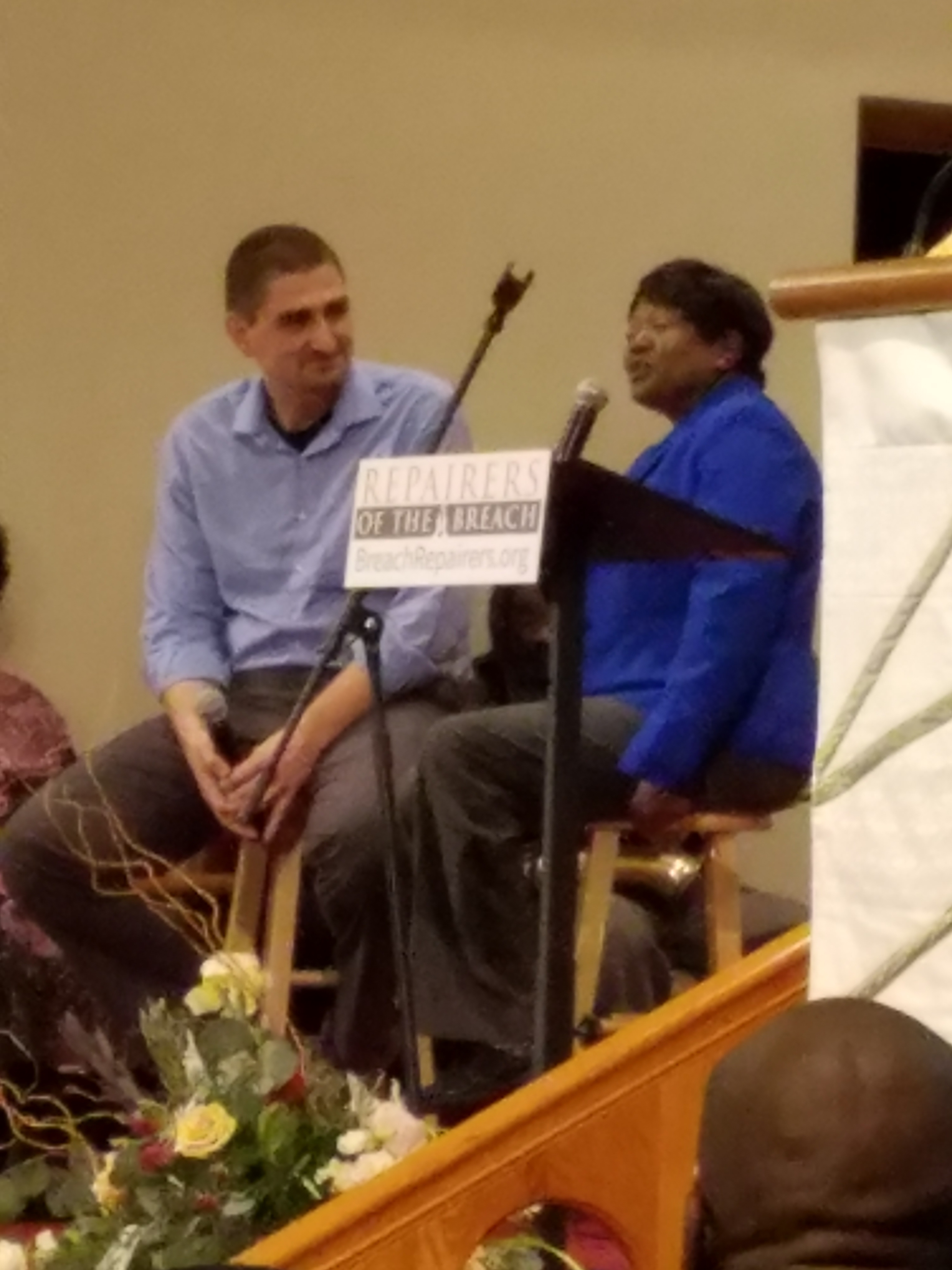 For this New Year’s Eve, a group of us from the Fellowship of Reconciliation travelled to North Carolina. FOR National Council co-chair Sahar Alsahlani, International FOR treasurer Stacey Mitchell, and I attended a service at the Pullen Memorial Baptist Church in Raleigh, and other FOR people were in attendance as well. 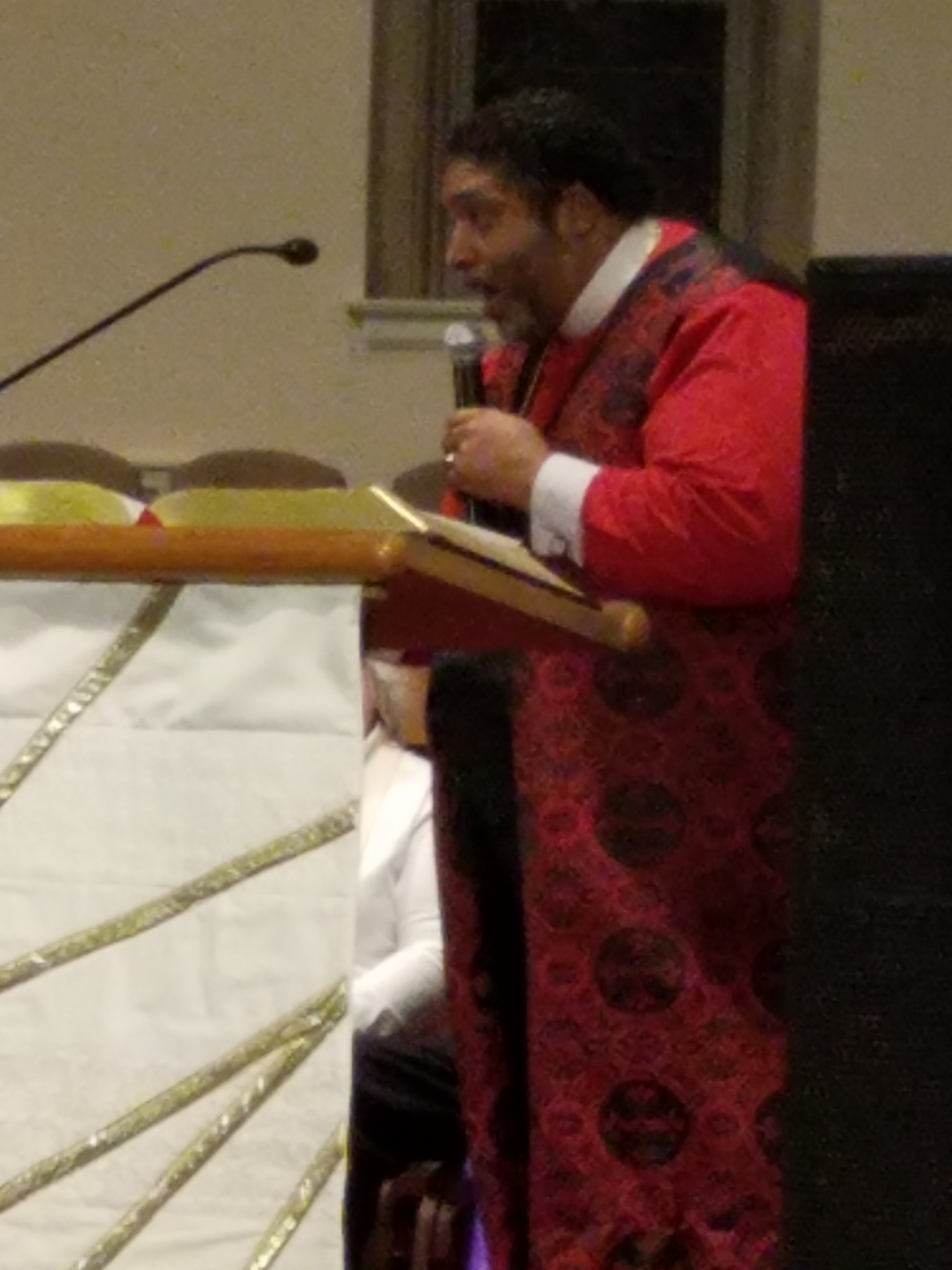 It was likewise called a Watch Night Service, and it was in the same tradition we celebrate at St. Timothy’s. For we anticipated all the many ways the dry bones will get up again and be liberated in the new year with the advent of the new Poor People’s Campaign, a national call for moral revival launched last month by Repairers of the Breach and the Kairos Center.

Although I am currently living in New York, I’m returning home to Georgia twice in the coming weeks as we keep building our coalitions for justice and moral resistance. This weekend I’ll join thousands in Atlanta for events surround the Martin Luther King, Jr. Holiday. 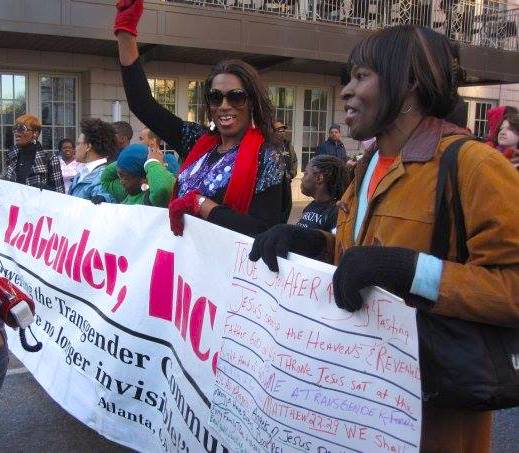 We at FOR will have a special moment during this commemoration, when during the annual Bayard Rustin – Audre Lorde Breakfast, held in downtown Atlanta on the morning of MLK Day, FOR will present our 2017 Local Hero Award to Dee Dee Chamblee, a courageous and inspiring community organizer. As a black transgender activist, Chamblee’s work at LaGender Inc. envisions “a sisterhood and a world free from HIV/AIDS, homelessness, mass incarceration, police profiling, mental health duress, and racial and gender discrimination.”

Then in March, two months hence, hundreds of spiritually-rooted activists from around the nation will come together in rural Americus, Georgia — the site of the renowned Koinonia Farm — to participate in “Building Up a New World: The Clarence Jordan Symposium.” Convened by Repairers of the Breach, FOR, and four other national sponsoring groups, this national gathering will bring to life the legacies of Clarence Jordan, Vincent Harding, and many others who laid the groundwork for today’s liberation movements, moral resistance, and intersectional organizing. Please register today to join us in central Georgia for this very special event, which will be a launching pad for this spring’s Poor People’s Campaign..

Photos:1, 2, and 3 from the Watch Night service in Raleigh NC on Dec. 31, 2017, all by Max Hess: (1) Repairers of the Breach musicians; (2) Jonathan Wilson-Hartgrove, director of the Durham NC-based School for Conversion, and Joyce Johnson, co-founder of the Beloved Community Center in Greensboro NC, both FOR affiliate groups; (3) Rev. Dr. William Barber, co-leader of the Poor People’s Campaign; Photo (4) of Dee Dee Chamblee (center) courtesy of LaGender, Inc.