For the past several years, the Fellowship of Reconciliation has been involved in regional, national, and international efforts to express grave concerns about, and to resist the proliferation of, drone warfare — especially the role of the U.S. government in the use of these weaponized machines. 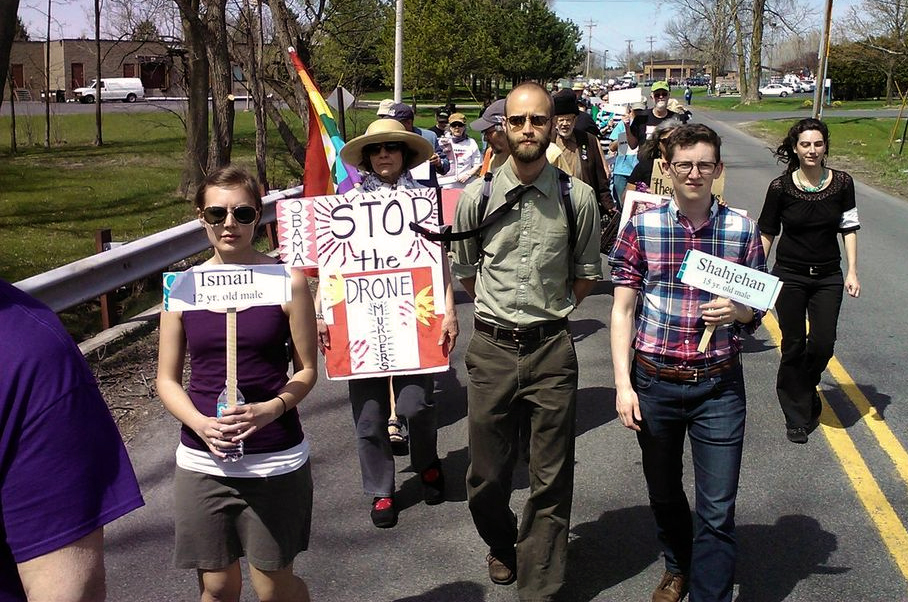 FOR encourages those in congregational settings to show these films, such as in a religious education class.

Moral and Safe? is an introductory film for congregations for whom drone warfare is a new issue. It describes the history, use, and nature of lethal drones as well as the human rights, legal, and moral challenges posed by drone warfare.

This introductory film includes Col. Lawrence Wilkerson, (U.S. Army retired), who was the chief of staff for General Colin Powell, and Dr. Maryann Cusimano Love, a professor at Catholic University describing the nature of lethal drones. The video also includes human rights experts discussing the secrecy of the U.S. drone program and the fact that more and more nations are developing lethal drones. The film ends with a Catholic, Protestants, a Muslim, a Sikh, and a rabbi briefly describing their tradition’s concerns about drone warfare.

Trailer – Moral and Safe? from George McCollough on Vimeo.

The Religious Community and Drone Warfare digs deeper into the religious concerns about drone warfare on an interfaith basis. Watch this film’s 90-second trailer version:

The Religious Community and Drone Warfare Trailer from George McCollough on Vimeo.

In addition, the Interfaith Network on Drone Warfare has made a three 30 minute versions of three documentaries: Unmanned: America’s Drone Wars by Robert Greenwald of Brave New Films, the film National Bird by Sonia Kennebeck and Drone by Tonje Hessen Schei. A study guide is also available for each film. You can also see all of our films and the study guides at www.interfaithdronenetwork.org.