During a season of organizational transition, our national team at the Fellowship of Reconciliation find our work grounded by the blessing of five outstanding young adults serving as summer interns. Partway through their summer of living and working at FOR’s national headquarters in Nyack, New York, we are privileged to introduce this quintet of next generational leaders to our community. 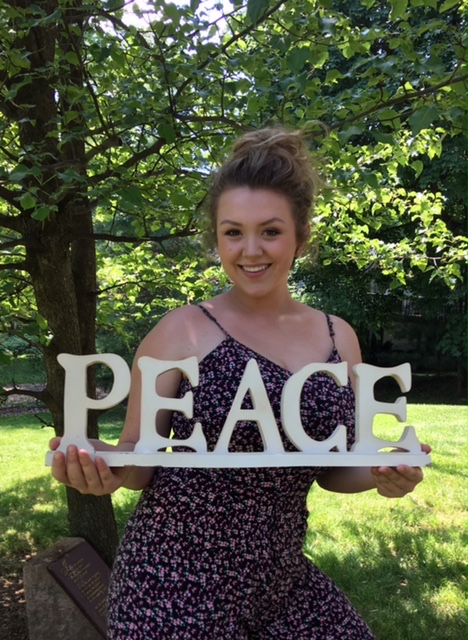 Zosia Busé is originally from the Shenandoah Valley in Virginia. After spending 16 years in Appalachia, she moved to the Pacific Northwest to pursue an International Baccalaureate program. Currently a student at Brandeis University, she studies Politics and International and Global Studies, with a focus in Peace, Conflict, and Coexistence Studies, and Social Justice/Social Policy. Her coursework at Brandeis focuses on intercultural communication and education as a means of promoting tolerance and understanding as a foundation for peace-building.

Throughout her adolescence, Zosia’s mother was a mine-action journalist who also facilitated a program for United Nations Mine Action Managers, based in war-torn regions of the world, to come to the United States for leadership trainings. Zosia was fortunate to meet many young individuals from diverse, difficult backgrounds, all of whom were passionate about working towards peace. These experiences sparked her passion for coexistence work and, more importantly, the dire need for nonviolent peacekeeping techniques.

Moreover, Zosia recognized that she possessed privilege. Prior to meeting these individuals, she was grossly unaware of many of the adversities others faced and continue to face throughout the country and throughout the world. Gandhian nonviolence employs a strategy called satyagraha, a Sanskrit word meaning “the relentless pursuit of the truth.” The awareness of her privilege has emboldened her to critically pursue knowledge in the face of ignorance, and to use her voice and privilege to advocate for those who are being silenced.

Mori Anderson Hitchcock is a black and queer 23-year-old from Chester, Pennsylvania. When he was in high school, Mori was involved in Youth Court, a restorative justice initiative aimed at providing alternatives to suspensions for his peers. He was also active in creating a (now-defunct) municipal court that tried to provide alternatives for students entering the juvenile justice system. In his senior year of high school, Mori led several walkouts and rallies protesting the enormous cuts to the budget for public education in PA which negatively impacted his school district and many others across the state.

Mori went on to Juniata College where he served as president of UMOJA (the African American student alliance, which became a safe space for students of color on campus) for two terms. He graduated from Juniata in 2017 with a Bachelor’s degree in Social Justice and The Arts; a combination of Literature, Art History, and Peace and Conflict Studies, focusing on the intersection of art and activism by members of the Black diaspora.

After the murder of Michael Brown, Jr., in August 2014 (the summer before his junior year), Mori immersed himself in critical and radical theory on race, gender, and sexuality, and became more active on campus. In his senior year, Mori was a teaching assistant for a course titled Nonviolence: Theory and Practice and he led several nonviolence trainings. For the last two years, Mori has been the Social Media Coordinator for The Truth Telling Project (TTP); the TTP is a storytelling organization focused on uplifting the voices of victims (and families) of police violence and providing them with a platform to share their truth. 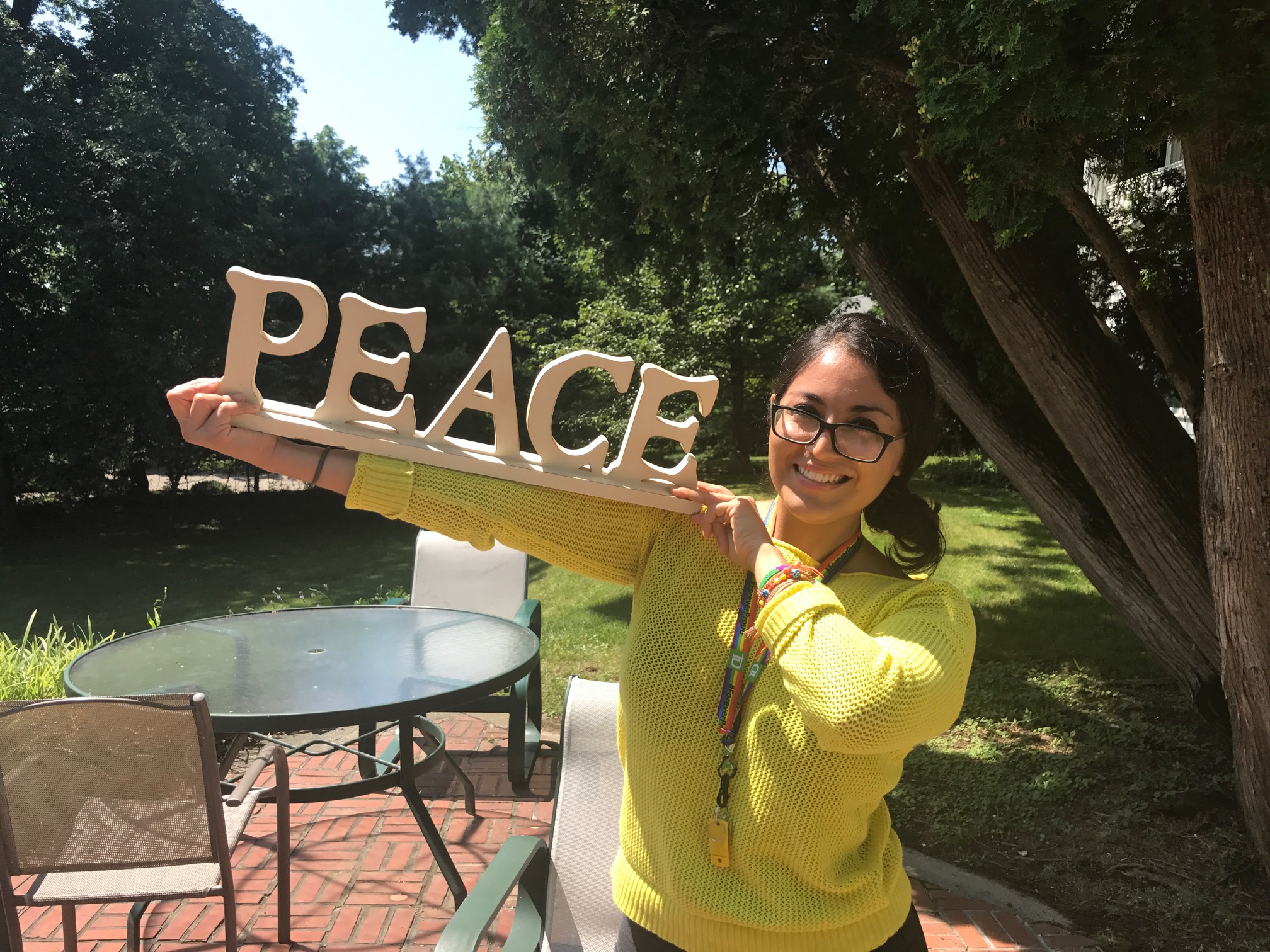 Dafne Calderón holds a Bachelor’s degree in Marketing from the Banking and Commerce School in México City. On June 9 of this year, she finished her Masters in International Peace Studies from the University for Peace, the United Nations mandated university in Costa Rica. Dafne’s professional experience is in public relations, customer service, conflicts and complaints solving, tourism and hospitality, and international marketing for a fashion and textile industry in India.

Currently Dafne volunteers with the Habesha project, a humanitarian initiative that sponsors and supports Syrian refugees to complete their university educations in México, Costa Rica, and Colombia. She also collaborates with a center for education from the south of México that advocates for children that come from low-income families and marginalized communities to receive free education. For them, she is developing workshops in Disarmament Education and Peace Education.

After working in India for one year, her life changed and Dafne decided to contribute to making the world better. The more she traveled, the more she became aware of the different traditions, religions, beliefs, customs, and perspectives we all have from the world. She also noticed the different gender-based violence in each place, including (but sadly not limited to) discrimination, lack of security, inequalities, conflicts, and fears that people had. No matter where she was and regardless of nationalities, she noticed that humans, writ large, were committed to making other people suffer. Dafne wanted to learn more about these conflicts and how people behave towards others based on traditions and ideologies. She started to volunteer in local NGOs in India and México and self-published a ‘zine titled Go Find Yourself to try to encourage people to go abroad and learn from the beauty of different cultures and learn about themselves.

Dafne is passionate about contributing to peace-building around the world, to helping others, and to tackling these problems at the grassroots level. She has hope that we can prevent many conflicts through an integral framework based on empathy. 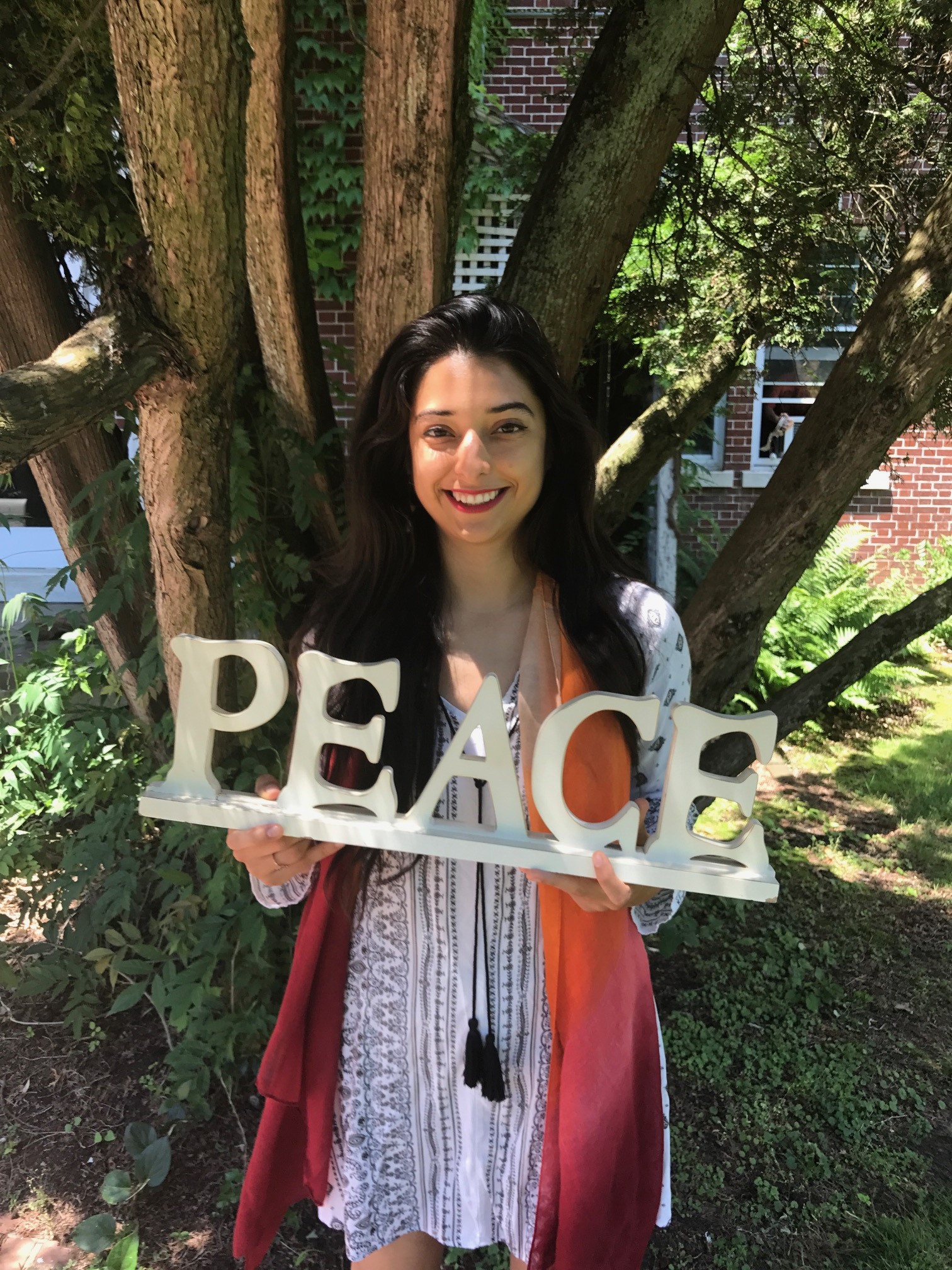 Mariela Martinez is a graduate of the University of La Verne in Southern California, with a B.A. in Political Science and a minor in Interfaith Studies. She immigrated to the United States when she was 7 years old from Chihuahua Juarez, Mexico. Mariela has since been very passionate about immigration, interfaith, and education rights.

Dr. Zandra Wagoner, ULV chaplain and professor, sparked Mariela’s passion for interfaith engagement duing her freshman year. Since then Mariela has become an advocate for the secular humanist/atheist presence and involvement within the interfaith movement. Mariela has accepted an invitation to serve as a Peace Corps volunteer in Uganda for the next two years, starting in November 2017. As a Peace Corps volunteer, she will be teaching English literacy in local schools.

Mariela is passionate about educational equity, specifically for immigrant, refugee, and low-income communities. Upon her return to the U.S., Mariela is determined to go to divinity school in order to work in religious literacy projects in both K-12 grade levels and the nonprofit sector. As someone who has experienced firsthand the valuable impact religious literacy can have on one’s life and worldview, Mariela is determined to bring this powerful knowledge to diverse communities around the world and her own community through the power of education and civil discourse. Mariela aspires to be an activist who works towards equal opportunity and livelihood for all, regardless of where they come from. She hopes to champion a more welcoming and pluralistic society whether it is through public office, nonprofit work, or political revolution. 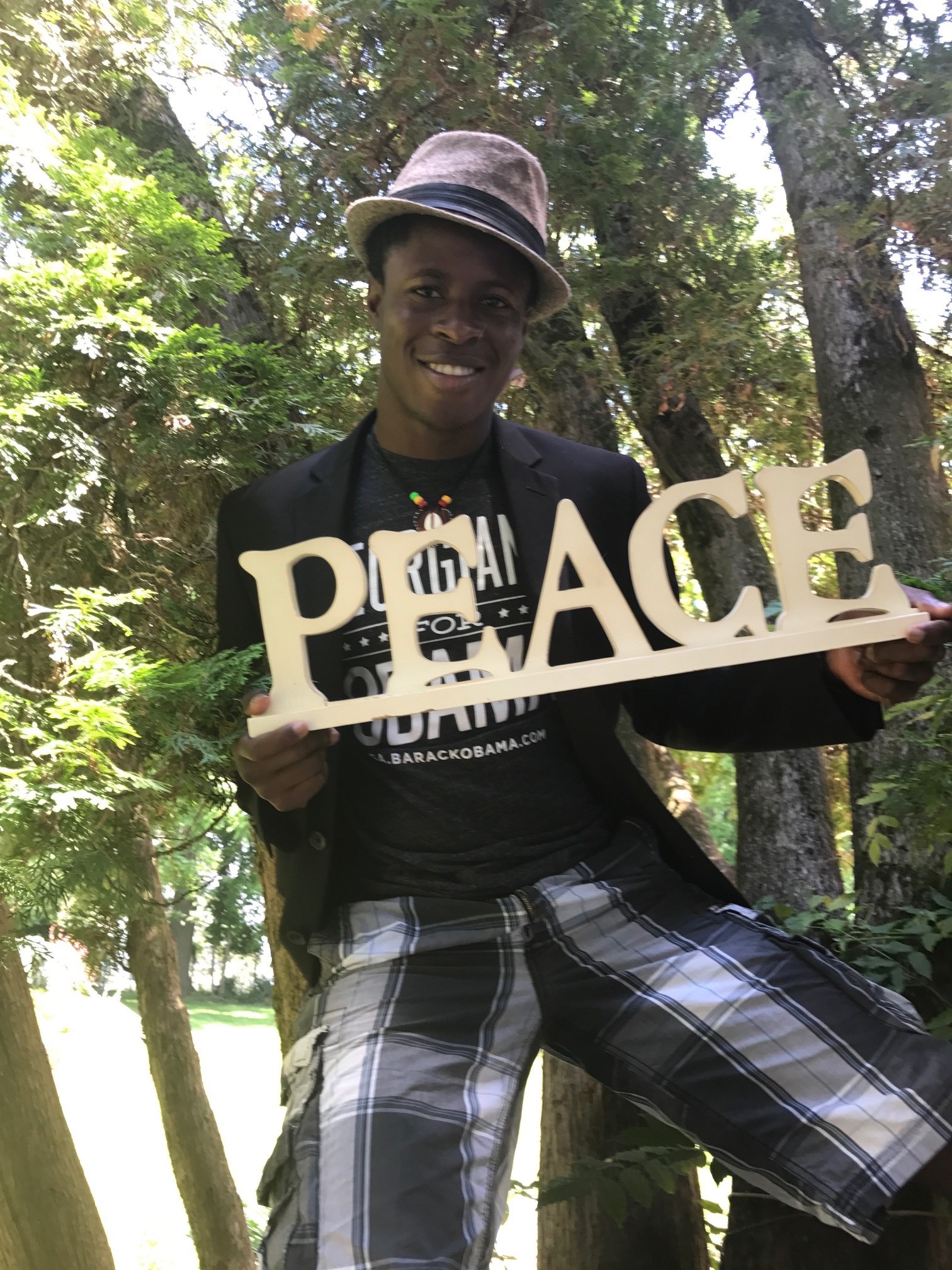 Soumanou Sabi Goura is from Benin in West Africa. He speaks three languages: his native language, Baatonum; his national language, French; and English. Soumanou is from a very large family, with 20 brothers and sisters. He was raised by a Peace Corps volunteer from the state of Georgia and was the first one of his siblings to graduate from high school and therefore, the first to go to college. In the fall of 2017, he will be a senior at Georgia Southern University with a major in Management and a minor in International Studies.

As a kid, Soumanou lived in and witnessed intense poverty. When he was younger, one of his childhood friends died from famine along with his mother and four siblings on the same day. He started asking himself how something like that was possible. He started to learn more about the world in high school and realized that Africa has been consistently exploited for centuries.

Soumanou learned that despite most of its nations gaining “independence” during the last 60 years, Africa is still dealing with a form of economic, cultural, and moral colonization. Because of this, many African languages and religions are in danger of becoming extinct. This “new” form of colonization isn’t just Western but also the increased presence of the Chinese in various countries in Africa. All of these factors have inspired Soumanou to become a Pan-Africanist; he, like many others, believes that Africa cannot and will not be truly independent until it gets its economic and cultural freedom.