A tribute to FOR Colombia Peace Presence on its 15th anniversary

In the fall of 1982, it was not too difficult to discern that the radical Sandinista government of Nicaragua was going to become “public enemy number two” to anti-communist champion Ronald Reagan, second only to the “evil empire” Soviet Union. Though the devastating “contra war” using illegally obtained U.S. government funds had not yet heated up the entire Central American region, many in the peace movement saw the writing on the wall. I’ll never forget, at age nineteen, traveling with a small group throughout the young and hopeful country, still excited about their prospects after overthrowing the brutal Somoza dictatorship and beginning experiments in human rights, equitable land use, and women’s leadership in the political arena. 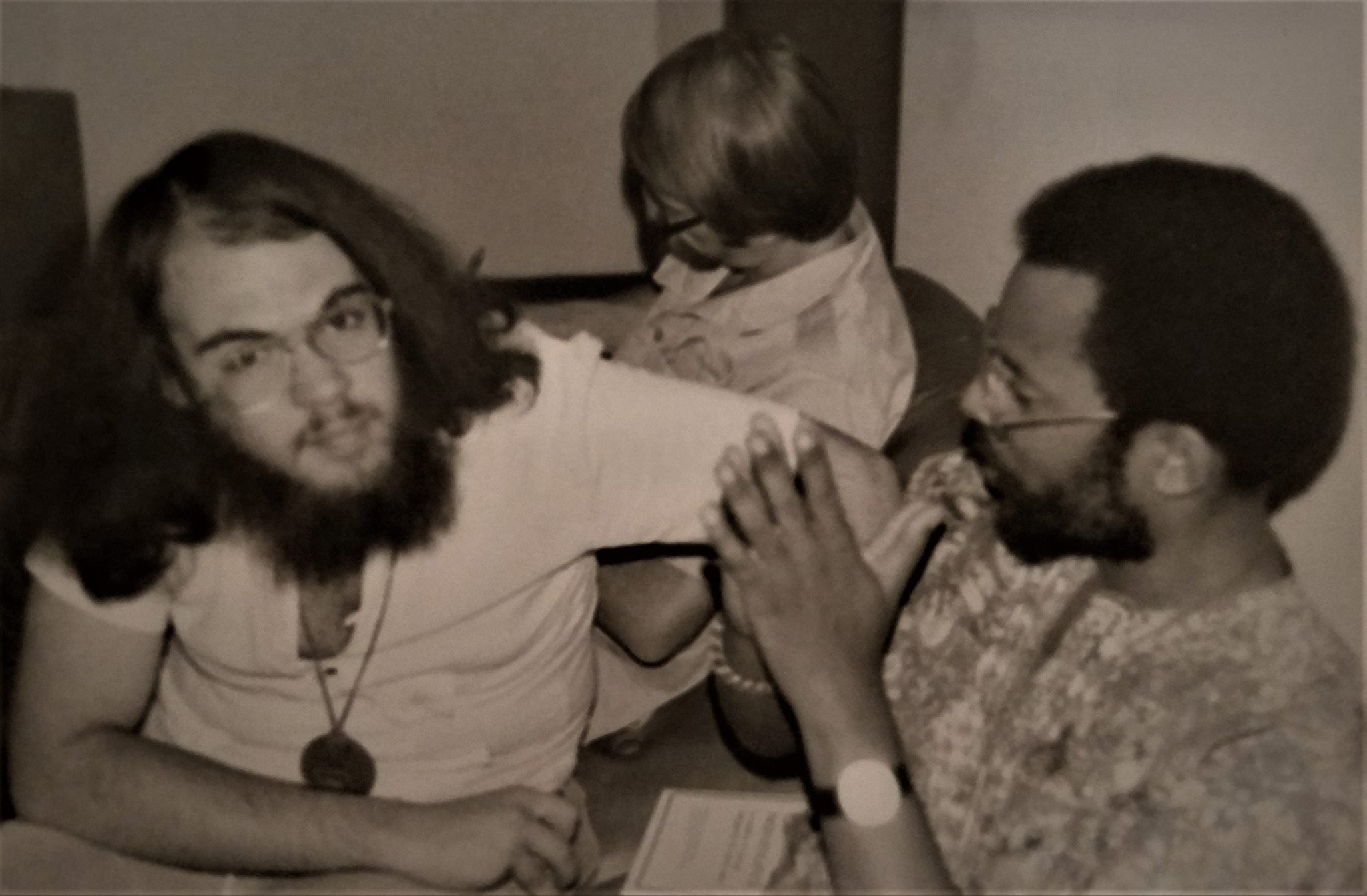 Rev. William Sloane Coffin of The Riverside Church was with us on that fact-finding coalition delegation, as was Sandy Pollack of the U.S. Peace Council, and Beverly Keene — who would soon relocate from New York to Buenos Aires, to work alongside Nobel Peace laureate Adolfo Perez Esquivel, pacifist leader of the continent-wide Servicio Paz y Justicia (SERPAJ). As a recently-public draft registration resister, I was representing the War Resisters League and the Progressive Student Network, but I will never forget this additional figure: an almost ambassadorial type, soft-spoken but very authoritative and obviously knowledgeable about the history, culture, and politics of all of Latin America. Richard Chartier, former editor of Fellowship magazine and a respected Methodist minister, was the representative of the Fellowship of Reconciliation.

Even before Jean and Hildegard Goss-Mayr began their prophetic work with the International FOR, Chartier and a few others had helped set up small FOR chapters in Latin America in the 1940s and 1950s, in what would later grow to become the vibrant, transnational SERPAJ network. They echoed and amplified the voices of the early liberation theologians, like Brazil’s Dom Helder Camara — the “Bishop of the slums” — who loved repeating that “when I give food to the poor, they call me a saint. When I ask why the poor have no food, they call me a communist!” 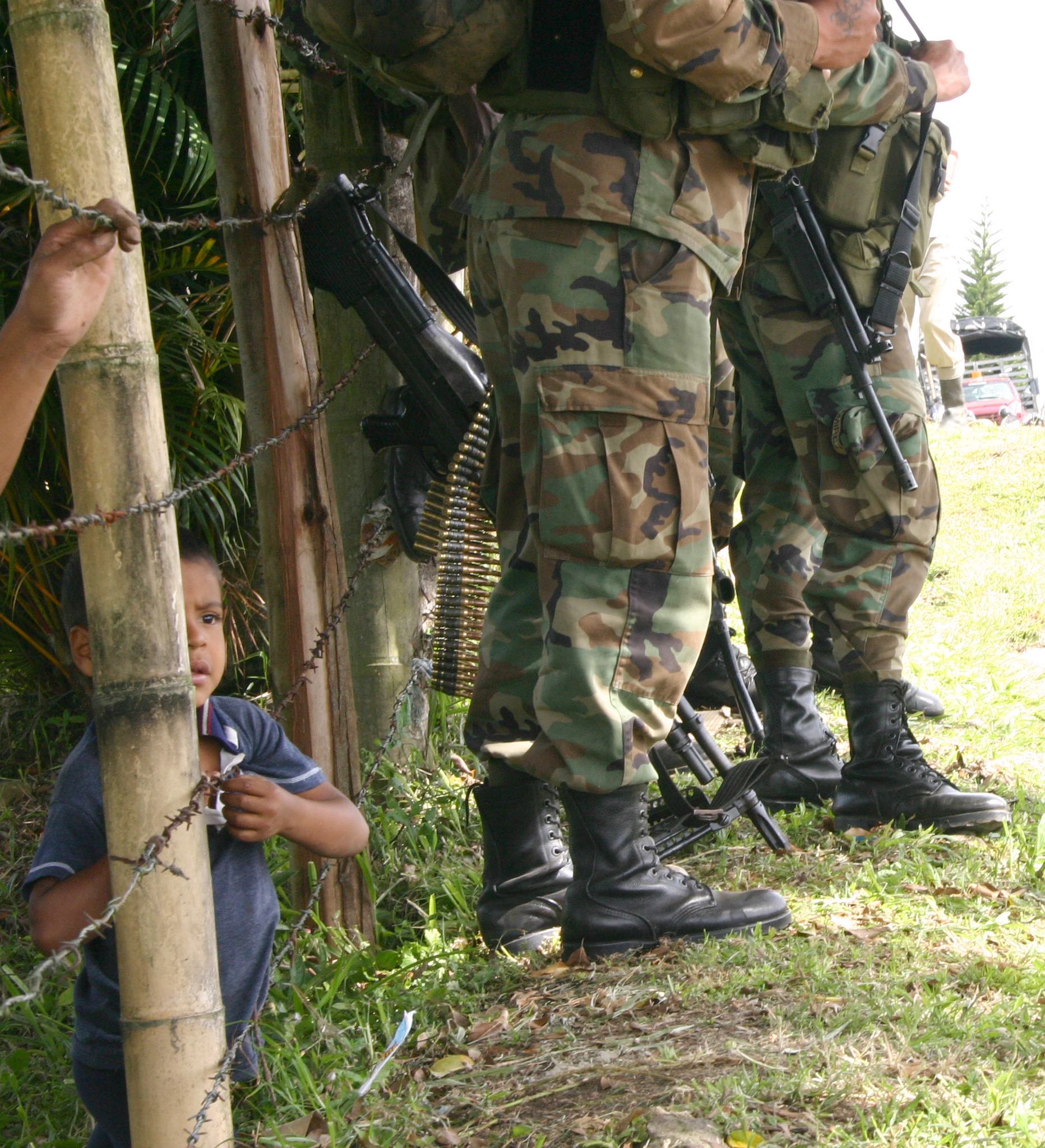 Decades later, after Reagan and even George Bush, Sr., center stage began to shift to the War on Drugs — always more a war on social change movements and economic de-linking from U.S. domination than on actual drug use or trade. Plan Colombia seemed to many in the nonviolence and solidarity movements of North America to be a thinly-veiled operation to intensify U.S. militarism and imperial control on a country already riddled with complicated issues of structural, inter-personal, and anti-government violence. When a delegation of FOR members first visited Colombia — part of a rich history which included an “America’s Connections” program building relationships between grassroots activists in South America with members of FOR’s Task Force on Latin America and the Caribbean — it was quickly evident that a consistent commitment was needed.

That FOR Peace Presence is now celebrating its fifteenth anniversary is an historic achievement which should make all those involved extremely proud. FOR-USA is honored to have walked this journey with you: from 1998, when we paid tribute to the Peace Community of San José de Apartadó with our Pfeffer International Peace Award; to 2002, when we launched FOR Colombia Peace Presence with two human rights accompaniers; to the present day, when we continue on this shared journey as your sister IFOR branch.

Through political and economic, external and internal ebbs and flows, the dedication of Peace Presence workers, volunteers, staff, and supporters has made real change: the kind of slow and steady, day-to-day change which is much harder to un-do than flashy one-event wonders or quick-fix solutions which provide little in the long run. Please know that you continue to inspire us — the big “US” from all across the Americas — and that we pledge to continue to support you in whatever ways we are able.

May God Bless all of you, and the vital work you do.