Nominations open for the 2017 Peace Awards!

Each year, the Fellowship of Reconciliation awards three peace prizes — international, national, and local — to individuals or organizations whose commitment to peace, justice, and reconciliation is recognized as extraordinary. This year’s nomination deadline is May 15! 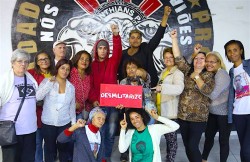 In 2016, our inspiring awardees were Mothers of May (Mães de Maio), seeking justice for their murdered sons in Brazil; peace and nonviolence trainer Kazu Haga and East Point Peace Academy in Oakland, California; and Right Reverend Dr. John Selders, Jr. and his wife, Pamela Selders, for their leadership of Moral Monday Connecticut.

Make a nomination for the FOR Peace Awards today! 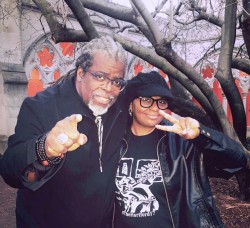 There is no requirement that you or the nominee have any affiliation with the Fellowship of Reconciliation, so please share this announcement with your networks of peace and justice advocates!

Need some inspiration? Check out our list of past award winners.

The Peace Awards will be awarded September 19-21 at the Fellowship of Reconciliation’s “Out of Chaos, Peace” National Summit in Stony Point, New York. And you can be a part of it — please join us!

Don’t forget to make your Peace Award nomination before May 15!