The news of Jonathan Demme’s death this Wednesday came as a tremendous shock to me and my Fellowship of Reconciliation colleagues. Today we are in collective mourning at the untimely loss of this friend and fellow peacemaker. 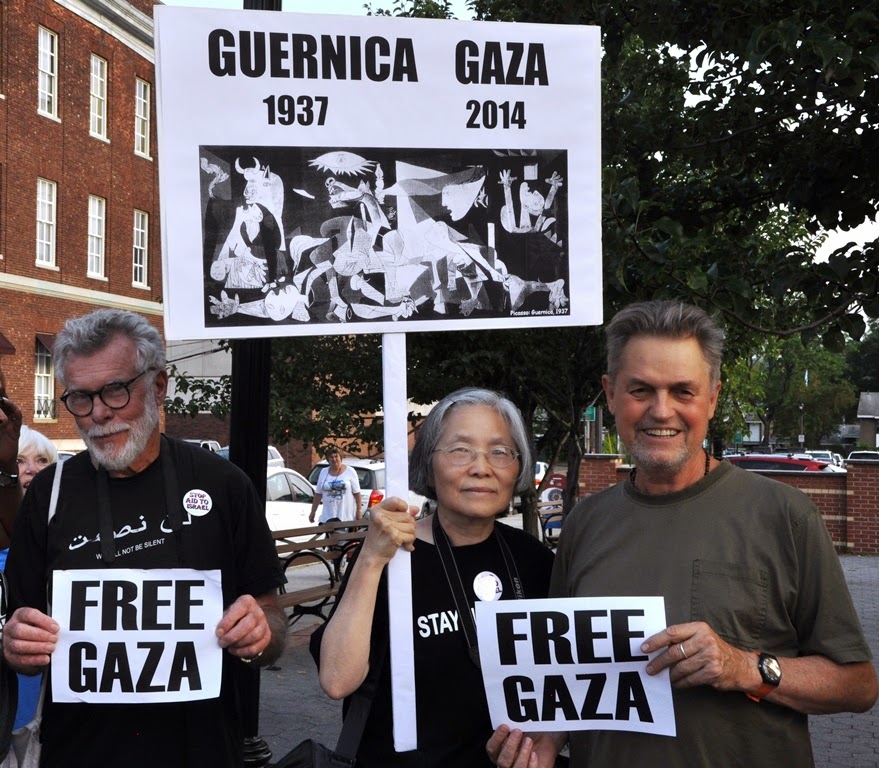 His creative genius inspired everyone, but there was a special and unique connection between the Fellowship and Jonathan Demme — our FOR staff had been privileged to work alongside him. Jonathan lived part-time in Nyack for many years, just blocks from Shadowcliff, FOR’s headquarters. Building on a lengthy period of relationship-building and mutual respect, he opened an office at Shadowcliff a decade ago.

In the years since, Jonathan was joined by numerous editors, producers, and administrators of his Clinica Estetico film company in sharing space with our national FOR staff. I vividly recall the earliest days of this collaborative relationship, when Jonathan’s team worked to edit footage from post-Katrina New Orleans into the documentary series that launched in 2007, Right to Return: New Home Movies from the Lower 9th Ward. His lead assistant editor worked long days and nights in a small closet-like room, next to Shadowcliff’s long-defunct elevator shaft, just below my then-office. Simultaneously in another room, other members of Demme’s team put finishing touches on the excellent Jimmy Carter: Man from Plains, which brought new attention to the former president’s continuing work for human rights.

Three years later, in the wake of another massive environmental disaster — the 2010 earthquake that destroyed much of Haiti — Jonathan responded again with his gifts of time, talent, and treasure. A long-time friend of the Haitian people, Jonathan took many actions in response to this global tragedy.

One effort was a collaboration with FOR on a fundraiser to support the humanitarian response: initially offering one painting from his collection of Haitian artists, and then dramatically increasing the donation to 40 works of art for auction. Mary Heckler, former FOR Peace House Host, noted how significant his contribution was to the success of the fundraiser: “[T]he money raised helped both an orphanage and an elementary school get back on their feet and up and running.”

Almost everyone in the Fellowship, like the wider U.S. society, has been influenced by Jonathan’s extraordinary body of work. From his renowned blockbusters Philadelphiaand Silence of the Lambs to his lesser-known projects, such as Beloved, Swing Shift, and Married to the Mob, to his groundbreaking films like Stop Making Sense and Swimming to Cambodia — each of us has felt the impact of Mr. Demme’s ouevre.

For me, it has been Jonathan’s 2008 Rachel Getting Married that has reverberated. This intimate, character-driven masterpiece touched my spouse and I when we saw it in a Hudson Valley cinema that fall. We were struck by its poignant depiction of family dysfunction. As a biracial couple who both grew up in multiracial families, we were especially moved by its unstated commitment to a multiracial present and future.

This was particularly effected through its main storyline, the marriage of a white woman and black man, played by Rosemary DeWitt and Tunde Adebimpe, but also that of the bride’s father, Bill Irwin, and his second wife, the renowned African-American actress Anna Deavere Smith. Without a text centered on racial justice, we found that Rachel Getting Married nevertheless managed to convey a commitment to resisting whiteness as an operating assumption and prioritized value. A favorite scene of mine from the film is a spontaneous “dishwasher loading contest” that initiates between the groom and the father of the bride. Mr. Demme had a gift for creating captivating storylines out of both the mundane and the historic.

As an Episcopal peacemaker, I would be remiss if I did not also highlight Jonathan’s 1992 documentary, Cousin Bobby, profiling the Rev. Robert Castle, an Episcopal priest in Harlem who was an outspoken justice activist. Castle and Demme were cousins, and this documentary offered a personal portrayal of an iconoclastic religious figure who steadfastly pushed the church, and wider society, to live out its commitments to human rights and dignity. Castle died in 2012, and was remembered by Demme in this reflection on PBS’s blog. (Serendipitously, this coming Sunday, during my first trip to New York in eight months, I will attend a memorial service at Castle’s former congregation, St. Mary’s Church, Manhattanville — my parish during my first years at FOR.)

No matter how large or small one’s connection to FOR’s quiet neighbor may have been, we were all deeply touched by Jonathan’s warmth, everpresent smile, and clear commitment to justice, peace, and nonviolent social change. The Fellowship is devatasted by his passing, and together we proclaim a resounding “Presente” for this soulful visionary whose life and legacy have profoundly served and shaped the Beloved Community.

[Photo by Len Tsou: Jonathan Demme at a 2014 protest of Israeli military actions in the Gaza conflict. Demme is joined by filmmaker and activist Andrew Courtney (left) and Nancy Tsou, former coordinator of the Rockland Coalition for Peace & Justice.]