Wilhelm Reich (1897-1957) was part of the Vienna circle of Sigmund Freud in the 1920s after the First World War in which Reich had served in the Austrian army on the Italian front.  Reich was born in a town in what was then the Austria-Hungarian Empire (now in Ukraine). He was attracted to Vienna, not as a seat of political power but as a city of rich and cosmopolitan intellectual life.  Reich’s parents had been non-practicing Jews, and Reich had little knowledge of or interest in Jewish religious thought. However, later, for the Nazis, Jews were an ethnic group unrelated to any religious doctrines. Reich saw what might happen and in the mid-1930s moved to Scandinavia and at the end of the 1930s to the USA only a few days before the outbreak of World War II.

He was all the more sensitive to socio-political currents in Austria and Germany given that he was a member of the Socialist Party, which evolved into the German Communist Party. Reich, however, had a character that disturbed all his co-workers. He was expelled from the Communist Party which felt that Reich put too much emphasis on psychological conditioning of the individual and not enough on the class struggle. He was also expelled from the Freudian circles, the Psychoanalytic Association, for putting too much emphasis on class conflict and not enough on sexuality.

Once in the USA, he ended up antagonizing the Food and Drug Administration which, in a long-drawn out court proceedings attacked him for fraud and of selling unauthorized therapeutic material across US state lines. Inter-state commerce in the USA is regulated by the Federal Government, and Reich received a two-year prison sentence in a Federal prison. He died in the Lewisburg Penitentiary of heart conditions after eight months is prison. 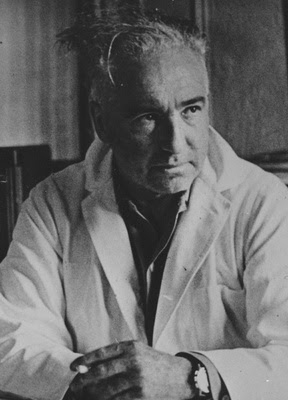 In the psychoanalytic world, Reich is still known for his book Character Analysis published in German in 1933 and in English in 1945.  Reich stressed what he called “character armour” – the fact that repetitive patterns of behavior and attitudes create positions of the body that serve as defense mechanisms.  Thus, one could work on the body and to change attitudes and so loosen the body armour.  Reich observed that there were changes in bodily behavior during outbreaks of emotions.  Thus neuroses could be treated physically as well as psychologically − an approach to treatment that had never been attempted in psychoanalysis.

Reich’s views were basically Taoist, but he rediscovered Taoist approaches and seemed to have no direct knowledge of Chinese thought.  He was looking for a universal source of life from which all physical and mental phenomena would arise – what the Chinese call Tao and which Henri Bergson developed philosophically in Creative Evolution as élan vital.

Reich coined the term “orgone” for the cosmic force, a term too close to “orgasm reflex” which Reich saw as the prime way to dissolve “body armour”. In the USA, the first hostile article was called “The New Cult of Sex and Anarchy”. It was published in the intellectual journal Harper’s and was often cited in the Food and Drug Administration proceedings.

Unlike the Chinese Taoist who believe that harmony with the Tao must first come from within the person, Reich thought that the cosmic energy could be absorbed from nature and thus enter the person from outside producing healing.  Reich developed with a group of colleagues an “orgone accumulator” − a box in which a person could sit alone, and the energy would be absorbed and concentrated.  Although there is no indication in the biographies of Reich that he read translations of Taoist texts, he stressed that orgone energy followed a yin/yang pattern − a complementary functioning of opposites. Thus, the orgone accumulator alternated one layer of organic material (wood or fiber) with one layer of metal.  This yin/yang was to produce a more concentrated energy flow.

However, this accumulation of orgone energy is difficult to prove or to test.  Some medical people thought the concept “quackery” and without any scientific basis.  Taoist writings were largely unknown in the USA in the early 1950s.  Although Reich had moved away from his socialist-communist political positions and his friendship with Leon Trotsky made him an enemy of many “Stalinist”, in the early 1950s with the Korean War and anti-Communist currents, often called the  McCarthy era, his communist past was a factor in the court case.

Today, the idea of subtle energies, of chakras, of yin and yang are much more widely held, though selling energy accumulators could still get one into trouble.  Perhaps advances on subtle energy will have to wait for calmer champions than Wilhelm Reich.