Can America Live Up to Its Promise? 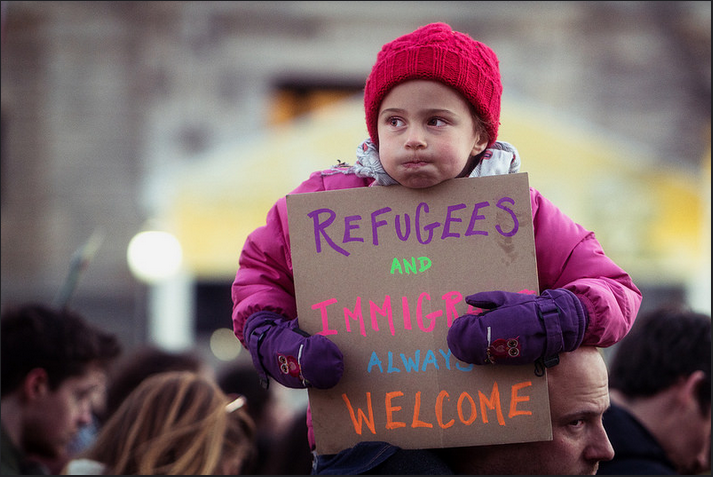 President Trump and his advisers either purposely or accidentally fail to realize that this country is bound together by the principles of life, liberty, and the pursuit of happiness. These principles apply to all people. To be American means that a person is shaped, guided, represented, and protected by certain inalienable laws. It has nothing to do with geography, language, race, or religious beliefs.

For more than two centuries the hope has been that America can live up to its promise and be a place of openness, trust, and love of diversity. Regardless of age, gender, race, class, sexual orientation, or political ideology, the promise has been that we can be one nation because we are one species. In fact, whenever we have tried to realize this promise our nation has paved the way for groundbreaking achievements in the arts and sciences. (The names of Alexander Graham Bell and Albert Einstein come readily to mind.)

It is the immigrant and refugee who has been our greatest legacy. If for no other justifiable reason, the world admires us because we are a nation of immigrants and refugees. From the first people to trek across the Bering Strait to the next migrant who crosses the Mexico-Texas border, America is America because they are here.

On this subject, I really appreciate the way James Madison spoke when he said: “America was indebted to immigration for her settlement and prosperity. That part of America which had encouraged them most had advanced most rapidly in population, agriculture and the arts.”

Even more profoumd for me are the words of Cesar Chavez. The Catholic social justice activist said: “We cannot seek achievement for ourselves and forget about progress and prosperity for our community…Our ambitions must be broad enough to include the aspirations and needs of others, for their sakes and for our own.”

With the words of these two remarkable Americans in mind, President Trump’s second attempt at a travel ban against Muslims is just as cynical and unconstitutional as the failed version a month ago. Not only does it betray the economic and political interests of the United States as an international power, it dishonors the rich legacy of immigrants and refugees who have given their blood, sweat, and tears to make this country what it is today. If I may speak on behalf of the dead, the statesman Madison and the activist Chavez would have been appalled by Trump’s irrational and illegal ban.