We stand united against the Muslim Ban 2.0

The Fellowship of Reconciliation unequivocally denounces the White House’s release of a revised travel ban targeting immigrants and refugees from Muslim-majority nations. Issued Monday under the guise of national security, this executive order is counter to our nation’s values and ultimately makes our communities less secure. 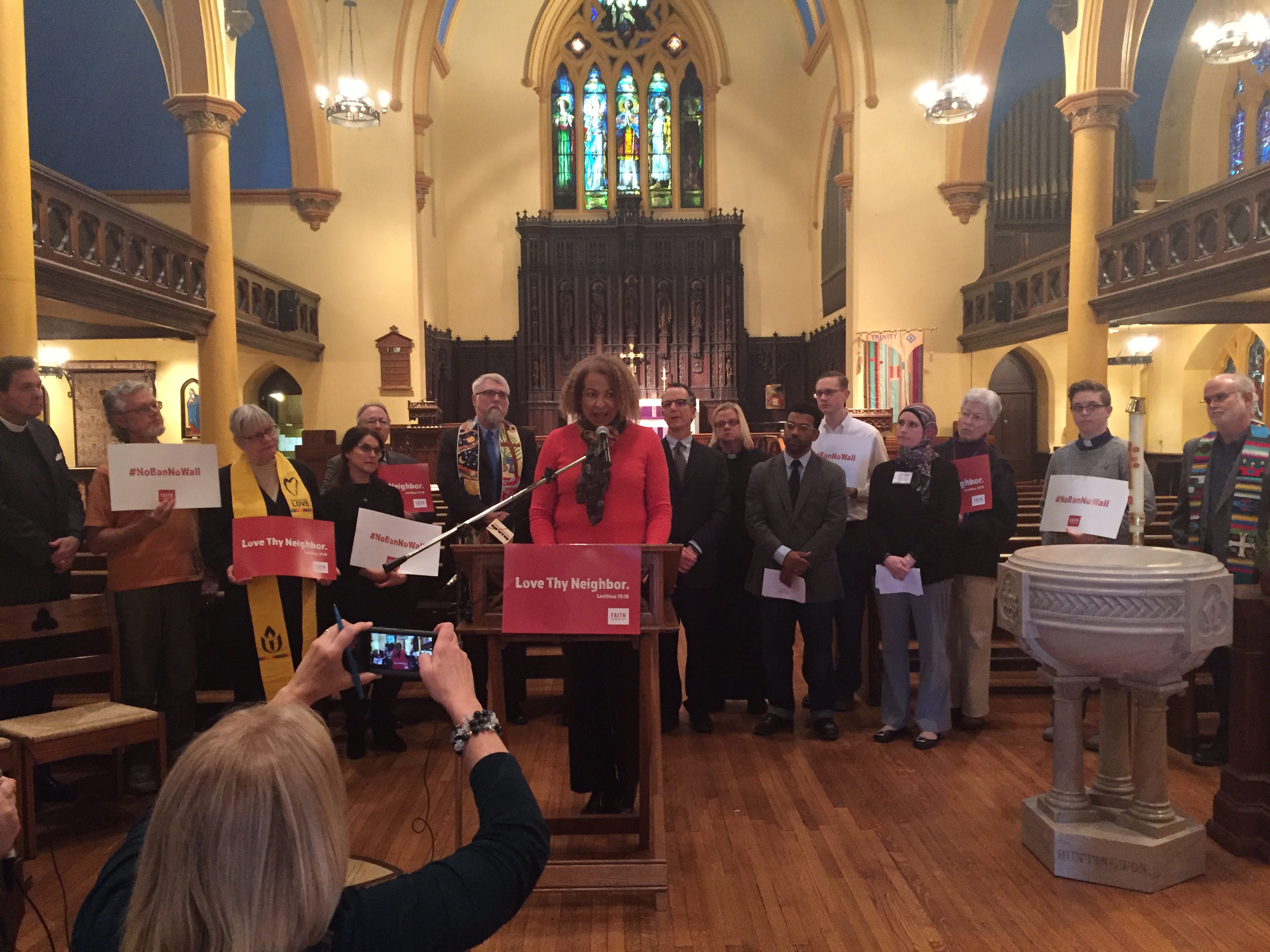 Denying entry to the United States by immigrants and refugees from Muslim-majority countries, particularly those that have no record of terrorist activities in the United States, exposes this effort as religious discrimination and reminds us that the president’s revealed demands for a “legal Muslim ban” — no matter what new clothing it may be dressed in — are both immoral and unconstitutional.

FOR further condemns the executive order’s decision to limit the number of refugees who may enter the United States at a cap of 50,000 individuals during calendar year 2017. We would remind our political leaders that U.S. militarism and economic policies have led to the current crisis of global refugees.

As many of us know firsthand, America has welcomed our families in the wake of tragedy and trauma, no matter our national, religious, or racial background. Our nation proudly claims to welcome the tired, the poor, and the hungry, and our communitiesstand ready to resettle these families at this time when we are ethically responsible to do so.

FOR decries the administration’s revised anti-immigrant policy as hateful and divisive, urges our supporters to sign this petition organized by Muslim Advocates, and calls on political, religious, and community leaders to stand together “United Against the Muslim Ban.”
Thank you for standing on the side of justice. Together, we demand — and can build — a nation that truly welcomes all people.