It is hard to be still sometimes. 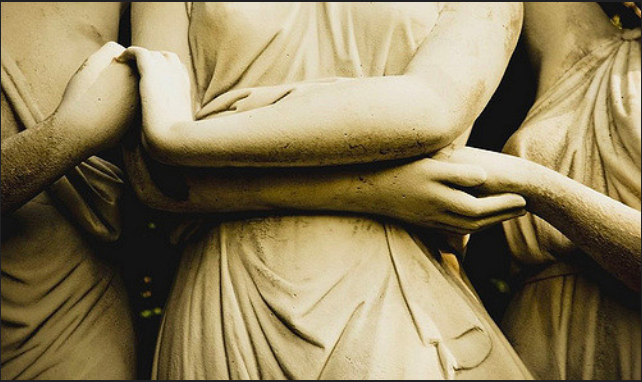 We are in a turbulent time. For many, it feels as though there is no bottom to stand on, no solid ground. Rather, it feels like the unknown is hovering over us, smiling smugly, doing what it wants…because IT is the only entity which really knows what the goal is. We, the people, are being manipulated – white people and black people, people on the Left and people on the Right, Republicans and Democrats. Nobody is exempt; nobody is “safe.” This is truly a very turbulent time.

In spite of protests, the “powers and principalities” are moving forward, using sexism, racism, homophobia, Islamophobia and anything else which will stoke fear and division. A man who said “2 Corinthians” has become the mouthpiece for advocating for Christians, against Muslims. His chief advisor has said in past interviews that he wants a holy war and that he wants to bring traditional governments down. Former Soviet President Mikhail Gorbachev said “It looks like the world is bring prepared for war.”

How do we do that? In the frenzy of all that we are hearing, it is hard to know what “is” and what “is not.” We want to fight back, to do something, but what? A masterful game is being played, using people who are too easily swayed and manipulated because of lack of knowledge. Powers and principalities are very intelligent, very wise, and very focused.

We, too, have to become focused. God, says the writer of Psalm 46, “is our refuge and strength, a very present help in trouble. Therefore, we will not fear, though the earth should change, though the mountains shake in the heart of the sea, though its waters roar and foam, thought the mountains tremble with its tumult.”  It is this God on whom we should focus, and listen for the still small voice that always comes through, giving us strength that is greater than the turmoil swirling around us.

We must be still. The impulse is to flail our spirits with nasty words and actions that say “we won’t stand for this.” But flailing spirits will not win this war. The powers and principalities have been in training for this time for a while. They have studied this country, its media, its way of doing things and seeing things, and are going for those places where we are most vulnerable. They are also exposing the underbelly of this nation and of this world. Masterfully, they are following their plan.

And so we must be still …and yet work. We waste valuable spiritual energy reacting to “the other side.” We cannot beat them on their turf. They are pulling us onto their turf, where they know we are weak. We must be still so that we can hear God, in that still voice, instruct us on how to stay in the ring and win the battle and ultimately, the war.

We have a weapon – which is something “the world didn’t give us and the world cannot take away.” The other side does not have our weapons; they have their own. But this weapon – God, the giver of life, God, the way, the truth and the light …has never been defeated. Never. God is the General of Life, life which God created. Yes, injustice gets in, gets onto the battlefield, and injustice has its soldiers. Those soldiers seek to throw us into despair.

But we will not give into despair. If we are still, if we listen for God’s still, small voice, we will be able to withstand this attack on all that is good and right and just. The psalmist wrote, “Be still, and know that I am God! I am exalted among the nations. I am exalted in the earth.” These words are truth, not “alternative facts.” The God of our weary years and silent tears beckons us to be still, to look for God, listen for God, and then listen to God. As God has come through before – even though there is always some loss in these kinds of battles – God ..will come through again.