Understanding Cruelty in Spite of God 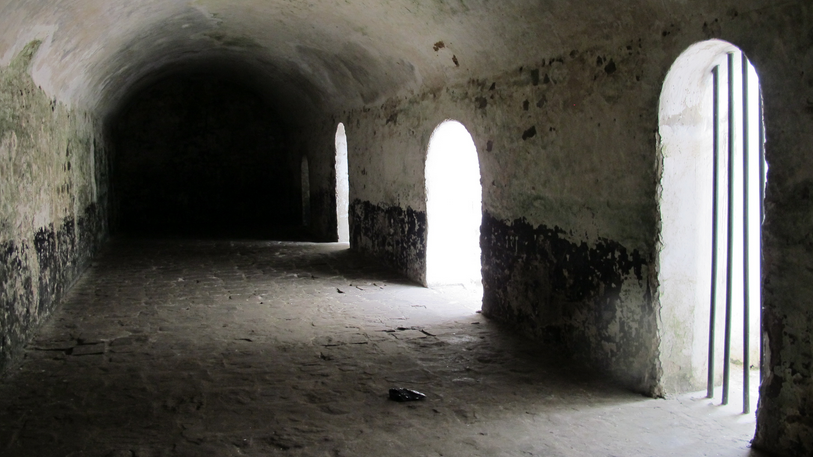 Perhaps it is because of the way I was raised, but I think I have always believed that God being “good” meant that with God, or because of God, bad things were not supposed to happen to people who believed in Him/Her.

Imagine, then, my struggle as I realized that in spite of God, and in spite of people around me saying they believed in God and in Jesus the Christ, I saw so much cruelty meted out by God-loving people to other God-fearing people.

It made no sense. It did not meld with my conception of goodness. The age-old questions of theodicy forever loomed over me: If God is so good, is God not all powerful? Or if God is truly good, is God not all-powerful? Is it that God is not able to scrub the world of evil?”

There is an image which I have never been able to erase from my mind. I was in West Africa, at the slave castle in Elmina, Ghana, West Africa. I had taken my choir there over the Thanksgiving holiday and we were doing a concert inside of the castle walls. Earlier in the day we had had a tour of the castle. We saw where Africans who were considered troublemakers were held, where Africans were held right before they were led down the long L-shaped outdoor hallway to the Door of No Return. It was as though we could hear their cries and see scratch marks on the walls of the dungeons in which they were thrown before they were taken from their homeland.

At the concert that evening, we were on risers which were next to the dungeon in which men were held before they were led down that hall. We had been in that dungeon. It was hot and dark and small, with very little fresh air able to find its way. Our tour guide had told us that hundreds of Africans had been held there at any given time, stuffed into that dark, small, hot space in such a way they could not move or eliminate or live as human beings should. We were singing “Many Rains Ago” from the movie “Roots,” and as I began to direct the choir, I happened to look up …and there, right over that dungeon, was a church. It was a Christian church, complete with a steeple and a cross atop the steeple.

I nearly fainted. The placement of that church over the dungeon felt like a slap in the face. How could anyone who said they loved God, loved Jesus, do something like that? Was it to say that humans thought themselves better than God? Were they saying that they had no need to honor God? And ultimately, I wondered as I struggle to stay on my feet, why hadn’t God done something to keep them from first, treating the Africans so terribly, and secondly, from building that church atop the dungeon? There was no separation between ultimate good (God) and ultimate evil (making people slaves for money.) It was cruel. It was wrong. It was troubling.

I have thought about that as I have listened to the rhetoric about “radical Islamic terrorism,” complete with the most recent ban on Muslims from entering the United States. “Good Christian people” are pushing this sick racism and religious bigotry, people who believe Islam is bad; ironically, they see their oppression of Muslims as being all right, as being within the requirements of protecting Christianity, which, they would say, is the penultimate religion.

Howard Thurman, in Jesus and the Disinherited relates a conversation he had with  Hindu who had observed Christianity. “The men who bought the slaves were Christians. Christian ministers, quoting the Christian apostle Paul, gave the sanction of religion to the system of slavery. Some seventy years or more ago you were freed by a man who was not a professing Christian, but was rather the spearhead of certain political, social and economic forces, the significance of which he himself did not understand. During all the period since then you have lived in a Christian nation in which you were segregated, lynched and burned. Even in the church, I understand, there is segregation. One of my students who went to your country sent me a clipping telling about a Christian church in which the regular Sunday worship was interrupted so that many could join a mob against one of your fellows. When he had been caught and done to death, they came back to resume their worship of their Christian God. I am a Hindu. I do not understand. Here you are in my country, standing deep within the Christian faith and tradition. I do not wish to seem rude to you. But, sire, I think you are a traitor to all the darker peoples of the earth. I am wondering what you, an intelligent man, can say in defense of your position.” (pp. 14-15)

In this day and time, some Christians shudder at the thought of what terrorists from Muslim countries to do others, but they seem completely oblivious to what we as Christians have done and continue to do to others. Our God is good; our religion is lacking. In this very tender time in American politics, where at least some of the powers that be profess to be Christian, we need to step back and look at ourselves, and at our capacity to mete out love and mercy and grace to people who are different from us. If as Thurman says, Christianity is a “technique of survival for the oppressed,” then if we are surviving because of our allegiance to the Christ, we need to examine our own spirits, our own souls. Are we surviving or have we joined the oppressors? Have we built a “church” over souls that are dark, cold and small, very much removed from God and from Jesus? Are we hiding our own capacity to be cruel? It is a question we must answer at this point, because in the current maelstrom of oppression swirling in this country, only those who have examined self and transcended the capacity to live and walk in the spirit of fear and superiority to others will be fit to fight the battles before us.