In the last few days, our friend and Fellowship of Reconciliation lifetime member Rep. John Lewis has come under attack for humbly yet powerfully speaking truth to power. In his choice not to attend the inauguration, he is using his body as he has done so many times to refuse compliance with injustice. The Fellowship of Reconciliation stands with him and will not have staff or an organized presence at the inauguration.

We urge FOR members and friends to support resistance marches and actions on Saturday, January 21, and join gatherings of prayer, ritual and #moralresistance on inauguration day. 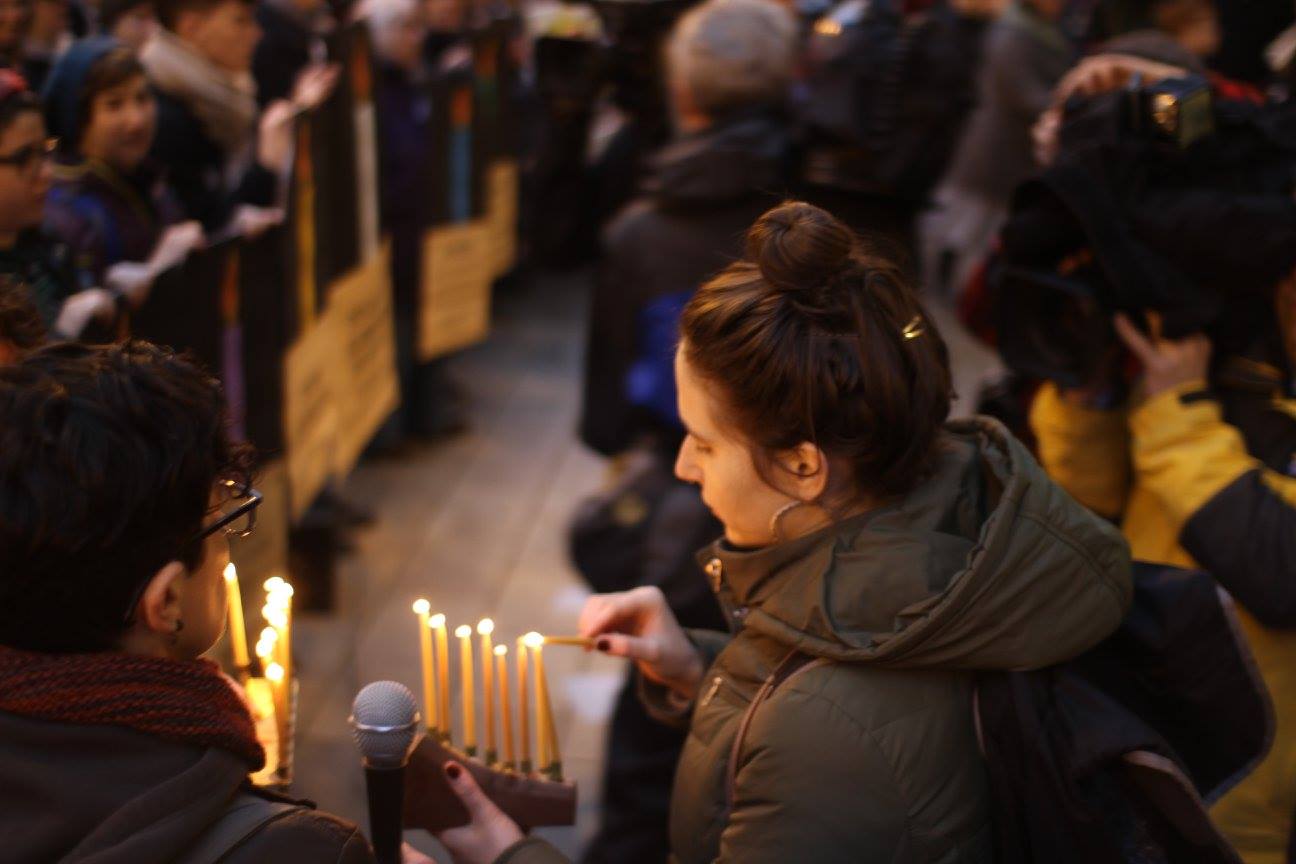 We’d like to extend an invitation to you from our friends at Jewish Voice for Peace (JVP) to attend a Shabbat of Resistance and Renewal LIVESTREAMED on Friday, Jan. 20th from 7:30 – 9:15 Pacific to sing, pray, meditate, and lean into the torah and one another during the Shabbat after inauguration. The event, co-sponsored by JVP and the Kehilla Community Synagogue, is offered as an“opportunity to reboot and remember the power of joy, rest, and love needed for fight.”  Register for the livestreamed Shabbat here. 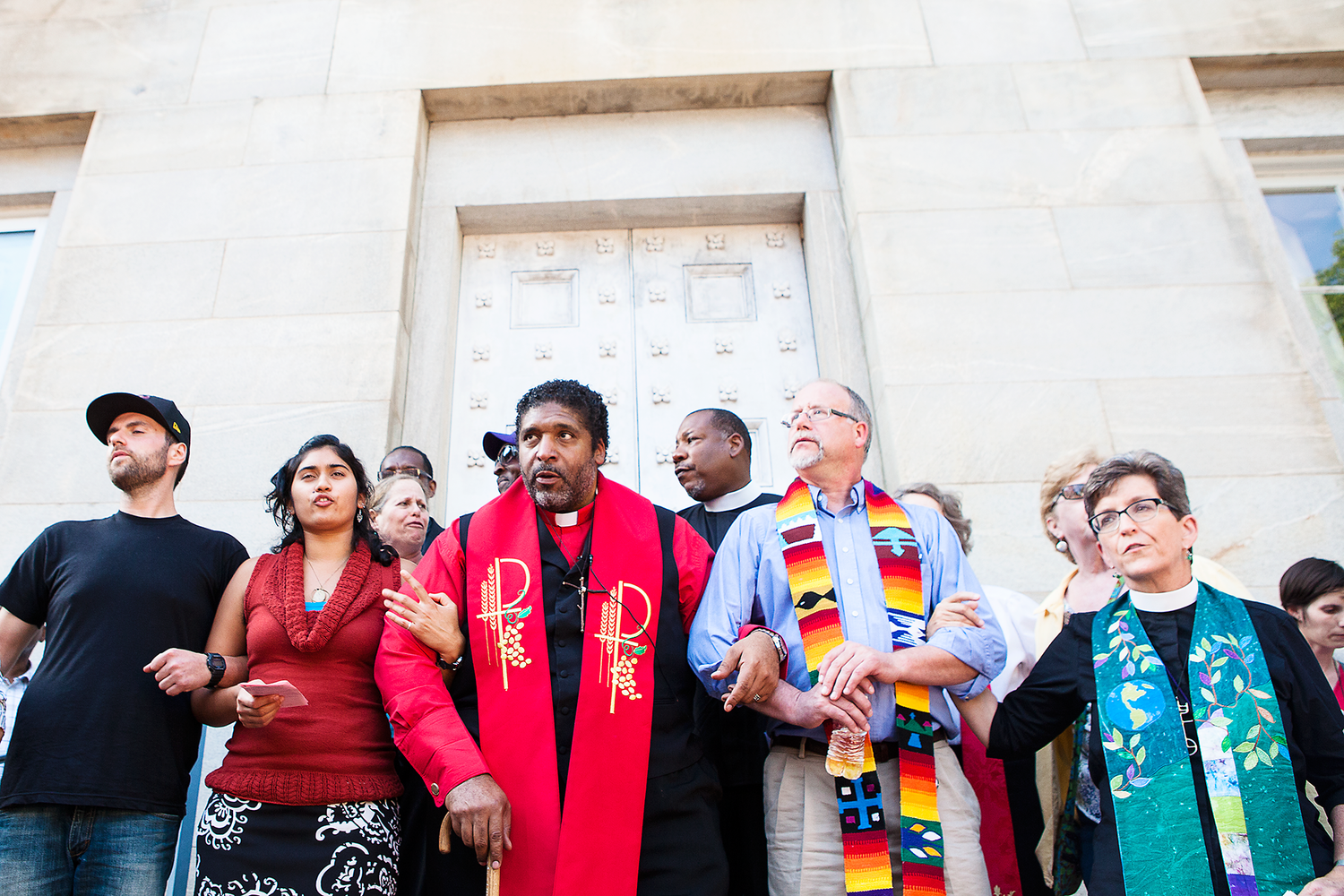 Also, tomorrow, on inauguration day, people of faith will hold a day of prayer and fasting.  Organized by Rev. Dr. William Barber — convener of the Moral Mondays Movement in North Carolina, and recipient of FOR’s Martin Luther King, Jr. Award in 2014 — and rooted in Rev. Dr. King’s “Letter from a Birmingham Jail,” this invitation is extended to all. Learn more about Only By Prayer & Fasting: A Day of Self-Purification for #MoralResistance.

Finally, we invite you to sign this open letter in support of Rep. John Lewis and the nonviolent path to justice and peace he has championed:

As the oldest interfaith peace and justice organization in the United States, working for over 100 years for an end to war and structures of violence through the transformative power of nonviolence, please know that the Fellowship of Reconciliation stands behind you and will continue to work with you in the ongoing pursuit of civil and human rights, not just for the people of your congressional district but for all people.

You know – as well as anyone who practices nonviolence as a way of life but also as a path to positive social change – that speaking truth to power is a necessity. Legitimate power, at any level, understands honest feedback and critique as necessary to maintain and fairly exercise that power. True power arises out of right relationship. When power rejects honest critique, its legitimacy is suspect.

We face now the inauguration as president of the United States of a person who refuses to abide by time-honored ethical standards. This person’s actions and words regularly express a comfort and embrace of the very violence you and we seek every day to root out. When a person brags about sexually assaulting women, cavalierly suggests that the use of nuclear weapons is possible, promises to reify national boundaries furthering the suffering of millions of persons, the character and empathy necessary to lead a nation – especially one that proclaims all humans are created equal – have not been demonstrated.

Because these words and actions are violent, we know that they will lead to more violence.

It is the duty of every person of conscience to call out violence where we see it and do what is in our power to keep violence from being perpetuated.

You said in your recent interview with Meet the Press, concerning the inauguration, “I cannot be at home with something that I feel is wrong.”

And so it may be that for the next few years, many of us will not be able to feel ourselves at home in our own nation. As exiles in our own land, may we hold fast to what we know to be right. May we continually seek and work towards the achievement of the Beloved Community that brings to fruition the principles of freedom and justice, in a land that knows no borders which would separate mother and daughter, brother and brother.

Your own character and empathy, your boundless courage and faith are well known. As practitioners of nonviolence, we know also that the root of war is fear. In our exile, we must keep speaking, dispelling the shadows where they are cast with the light of truth, and the calling of all to higher ground.

We are with you, as are millions of others who believe that a better way to peace and freedom is possible. We are proud to count you as a member of the Fellowship of Reconciliation.

With you, we pledge our commitment to the nonviolent path. We will remain true to the principles of nonviolence, recognizing that in our interconnected humanity, injustice, and violence anywhere impacts us all, and knowing that just means lead to just ends.

In hope, faith, and solidarity,

Please add your name to the letter and show your support for Rep. John Lewis.