Fighting the Feeling of Hopelessness

In a recent program on CNN, Lisa Ling, who hosts “This is Life,” interviewed people who were addicted to drugs. Some were black, others white, but all had the same struggle. I watched bits and pieces of the program but heard the comments of the African American men. Most of those to whom she talked were in prison; others were out, after having been incarcerated for years, but could not make a living. I knew that story well.

But my spirit responded when she interviewed a young white girl with a serious addiction to heroin. This young girl talked of the struggle, but then recalled a time when she visited the West Side of Chicago, looking for drugs. She had drugs on her when she was stopped by police and, she said, “he saw them,” but instead of hauling her into the cruiser and taking her to jail, she said he yelled at her, “Get out of here! Get the —– out of the West side.” 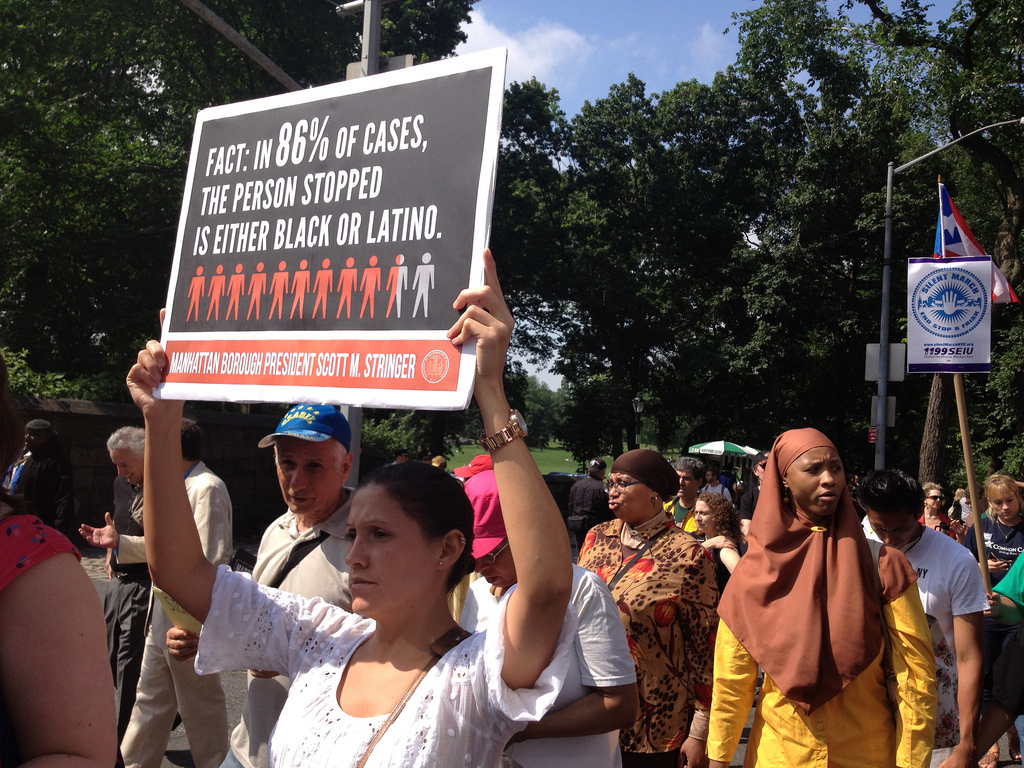 Involuntarily, the tears began to fall down my face. It is probably safe to say that everyone with an ounce of awareness knows about the double standard applied to whites and blacks as concerns drugs, but when you hear it, it does something to you, not unlike seeing black people attacked by police dogs in the 60s or shot in the back by police officers in these present times. It hurts.

Those stories and images can lead to a feeling of despair, which Rebecca Solnit in her book Hope in the Dark: Untold Histories; Wild Possibilities, says is “a kind of fatigue, a loss of faith, that can be overcome or even an indulgence if you look at the power of being political as a privilege not granted to everyone.”  She quotes Paolo Freire who wrote Pedagogy of Hope, in which he says, “without a minimum of hope, we cannot so much as start the struggle. Without struggle, hope dissipates, loses it bearings and turns into hopelessness. And hopelessness can turn into tragic despair. Hence, the need for a kind of education in hope.”

It is that education and reassurance that many need right now. With all that is going on in the world, it feels like the enemies of justice have been victorious, and for a moment, they do appear to have the upper hand, but they forget that the Hand over us all is the hand of God. That Hand has been over us as oppressed people from the beginning of time; that Hand is the reason the oppressed, though battered about, have not disappeared. The Hand of God is always there. If we reach for it, we find the energy that gives us hope when all hope seems lost.

We all know the story about the father of the prodigal son, who, though his son was wayward and rebellious, never lost his bond, his love and his belief that his son would “come to himself.” When that father saw his son coming home, dirty and unkempt, the father ran toward him, lifting up his robes as he did so. In Middle Eastern culture, a man never ran. To do so meant he would have to pick up his tunic (his robes) and in doing that, would show his bare legs. That was forbidden. A man did not run and a man did not expose his bare legs.

That wasn’t all. If a young person lost his inheritance, he would be cut off by his community. This young man had disgraced himself and his family, and yet his father disgraced himself by doing what no men were supposed to do: he ran and lifted his robes, exposing his bare legs.

God our parent runs toward us, in spite of us having turned away from God so often. The father in the story of the prodigal son took on his son’s disgrace; God has always taken on the disgrace we mete out to God when we move away from Him/Her. When we fight for every little gain we get, we get tired; we let our resistance down and we believe that everything is OK. There is never a time, however, when Evil isn’t looking for a way in. We get comfortable and move away from our God and we take our respite for granted. Then …we come to ourselves and realize that we must go to our strength in order to have what we need to continue the fight. Circumstances are pushing many of us toward God now, God is running toward us. God’s hand is reached out to us, but God’s hand is also over us so that the arrows of the oppressors cannot ultimately cut us down. We can be injured by the arrows, but as we move closer to God and God runs toward us, we are protected; we have no need to be afraid of the arrows that “fly by day.” There is the hope.

With that reassurance, we can do this. We can run this race of resistance yet another time. We are not alone, but instead are loved and cherished and are accompanied  by the Creator. We can, as Alice Walker says, “hope for results but not depend on them,” but we must continue to keep moving toward God, no matter what. The more we resist evil, the stronger we get. God’s hand reaching out to us gets closer and closer and we “feel our strength.”  Our work is cut out for us.

On this last Tuesday of 2016, we claim hope, we embrace hope, we pledge to live in hope and continue to move toward God even as God moves toward us.

We are cast down, but we are not defeated. And we will not be.

Fighting the Feeling of Hopelessness is one of her Tuesday Meditations.