Give MARCH autographed by Rep. John Lewis for the holidays! 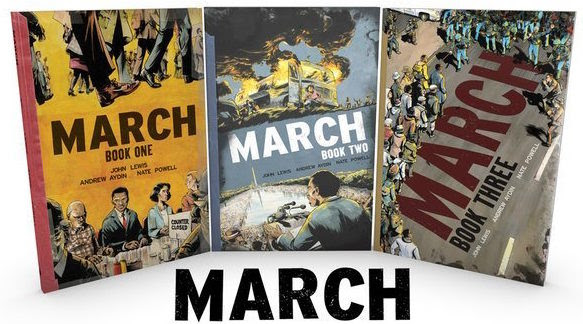 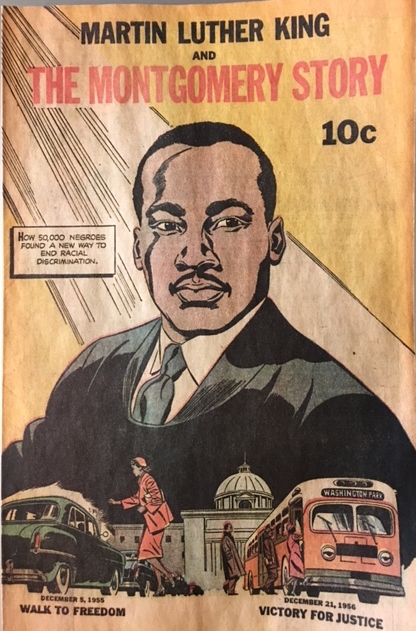 United States Congressman and civil rights leader John Lewis said that he didn’t have the ten cents to buy FOR’s Martin Luther King and the Montgomery Story when it came out, but someone gave the comic book to him. As it happened, that little gift in 1958 would be the inspiration for Rep. Lewis’ award-winning three-book graphic memoir –  MARCH!

This year, we are honored to offer special autographed copies of MARCH!

For a gift of $100 you will receive MARCH, Book Three, a 2016 National Book Award winner in ‘Young People’s Literature.’

For a gift of $200 – you will receive the slipcase box set of March, Books One, Two, and Three!

And the first one hundred copies will be autographed by Rep. Lewis, co-author Andrew Aydin, and artist Nate Powell.

What a wonderful holiday gift!

The reviews are outstanding:

“An astonishingly accomplished graphic memoir that brings to life a vivid portrait of the civil rights era, Lewis’ extraordinary history and accomplishments, and the movement he helped lead… its power, accessibility and artistry destine it for awards, and a well-deserved place at the pinnacle of the comics canon.” — NPR

“A must-read monument… As Rep. Lewis continues to carry the civil-rights flame, this graphic achievement is a firsthand beacon that burns ever relevant today.”  — The Washington Post

“Brave acts of civil disobedience… [give] March its educational value even as Powell’s drawings give Lewis’s crisp narration an emotional power.” — The New York Times

Make your donation in the next 24 hours and have your autographed copies of MARCH Book Three or the slipcase box set of all three award-winning MARCH books in time for the holiday!

If you order online by midnight on Tuesday, 12/20, you’ll be able to receive your autographed copy by Christmas Eve.  On the DONATE  page, when ordering, be sure to type either “MARCH Book 3,” or “MARCH Book Set” in the Message Box.

We are so grateful to our friends Rep. John Lewis, Andrew Aydin, and Nate Powell for making this amazing opportunity possible; and we’re so grateful to you for continuing to support FOR’s work for peace and nonviolent justice!