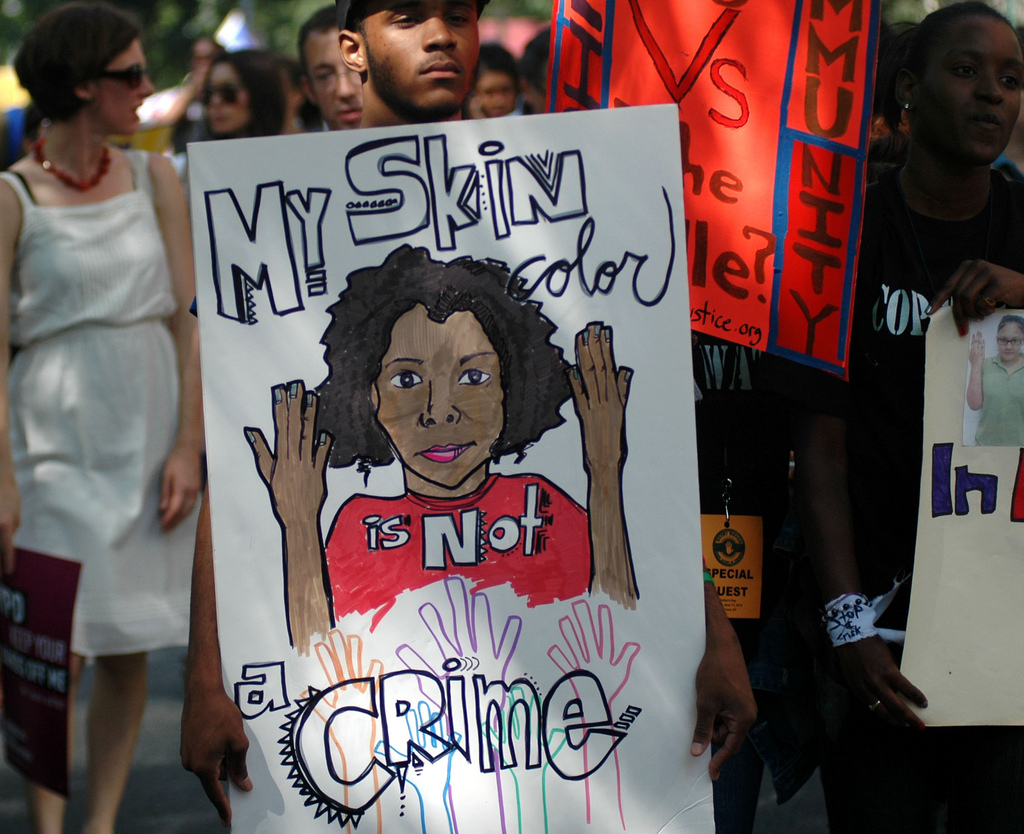 It has always struck me that in our country, it is OK for anyone who has been denied justice to be angry about it – except for black people. For some reason, our oppressors have made it nearly a mortal sin to be angry or to show that anger, while they feel no compunction or hesitation in showing their anger for things which seem much less provocative.

Very recently, there was a white person on a rant on CNN. Something had happened – I do not remember what – but what I do remember is him saying, “I was marginalized. I felt marginalized! My rights were violated! Nobody likes to feel marginalized!”

Could I have really heard that correctly? Did he admit that nobody likes to feel marginalized? Of course he had said it and of course it was true. Contained within his statement was the reality that for many white people, people of color are not human. They cannot be called anybody or nobody because they – we – are not considered to be human.

The statement made me think about how all of us have to deal with feeling humiliated. On a radio program I heard recently, a woman was trying to explain to a man why she felt humiliated as men whistled or said lewd things to her when she walked down the street. She tried her best to explain how it made her feel – but he did not and would not understand. “Aw, we’re just having fun,” he kept saying. Yes, but it’s not fun for me, she kept saying. He refused to “get it,” and defended his behavior. She, to him, was an object, bereft of feelings and therefore unable to feel marginalized and humiliated.

It also made me think about how people of color are humiliated on a daily basis. Surely, President Oback and Michelle Obama have been humiliated, even as they led the most powerful nation in the world. But the humiliation they have received is not new; a friend of mine told the story of how he as a medical student went into a grocery store after leaving his day at school. He was stopped by a woman who assumed he was the butcher and when he said he was not, she got angry and accused him of lying. There was more recently the story of the African American veteran who was in a restaurant on Veterans Day to take advantage of free meals offered to vets on that day. A white vet passed his table and said, “Back when I was in the army, we didn’t let people like you fight.” The white vet then proceeded to complain to the manager of the restaurant, suggesting that the African American vet was not really a veteran at all. The manager confronted the African American man, demanding his credentials. After some back and forth, the manager took the African American man’s free food away.

There is only one way to handle humiliation, it seems, and that is with grace. Some people are not allowed to feel angry at being marginalized; it seems that feeling such is a privilege reserved for a select few. But inside all of us there has to be something greater than our raw emotions and our desire to lash out at the one who is doing the humiliating. They are, ironically, the ones devoid of the capacity to care for anyone other than themselves; they can see and care about only their own feelings. No backlash from a humiliated soul can make the perpetrator of callous disregard feel badly for what he or she has said and done.

The only way to handle it is to hold one’s head up, opening one’s spirit for a baptism of the spirit of God which gives strength. There are always those who are watching to see how the humiliated handle their pain. It is only with the baptism of the spirit of God that the humiliated teaches the humiliator that his/her power is not greater than the power of God. It is God that speaks and makes an impact in situations like that, not we who would be treated with the respect we deserve.

Sometimes, it’s hard to see God, or to know where God is, but when we suffer humiliation and give our pain to God, those who oppress us are stymied. When black performers were not allowed to stay at the hotels where their companies stayed, or when black men were made to watch their wives and children treated cruelly by white people, it was their refusal to bow under the weight of their humiliation that helped them survive and in fact to continue to make strides in a country which gave them no help.

At the end of the day, the connection to the God in us, who is greater than the forces outside of us, is what keeps us sane. It may not seem like a lot, but in a world where too many humans are willing to humiliate others, it is the only thing that keeps us standing and moving through the wilderness journey called life.

Dealing with Humiliation is from her collection of Tuesday Meditations.