Right now, FOR National Council member Sahar Alsahlani, former National Council member Rick Ufford-Chase, FOR executive assistant Juliette Suarez, and I are traveling to the Standing Rock Sioux nation in North Dakota to join more than 350 faith leaders from across the United States. Tomorrow we will participate in a collective nonviolent clergy action against the Dakota Access Pipeline, or DAPL.

Just last night, President Obama spoke about the issue, saying that “re-routing the pipeline was a possibility,” but that he would “let it play out for several more weeks.” So now is the time to keep up the pressure.

Read on to learn more about the issue — and how you can take action on behalf of Indigenous rights and environmental justice! 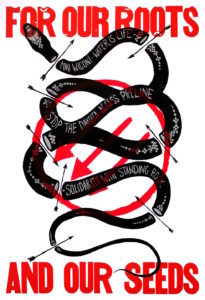 Since April, members of the Standing Rock Sioux Tribe have been fighting the 1,172-mile, four-state, Dakota Access Pipeline construction by setting up camp along the banks of Lake Oahe in North Dakota. There are several camps currently in place, includingOceti Sakowin, Sacred Stone and Red Warrior.

The pipeline was originally planned to go near Bismarck, a predominantly white town. After understandable backlash against an oil pipeline being routed through their neighborhood, the Army Corps of Engineers, the State of North Dakota and the Energy Transfer Partners decided to risk the safety and health of a Native community instead.

Oil leaks are hardly unprecedented: just this Monday, there was a major pipeline explosion in Alabama (now affecting gasoline access throughout the Southeast); and this summer, elsewhere in North Dakota, 20,000 gallons of oil spilled from a pipeline before being fixed. The DAPL pipeline, which would transport crude oil from fracking, poses the same human and environmental threats as the Keystone XL pipeline.

And so, along with the Cheyenne River Sioux Tribe and the Yankton Sioux Tribe, the Standing Rock Sioux Tribe have sued the U.S. Army Corps of Engineers, which is ultimately responsible for granting the construction permits. 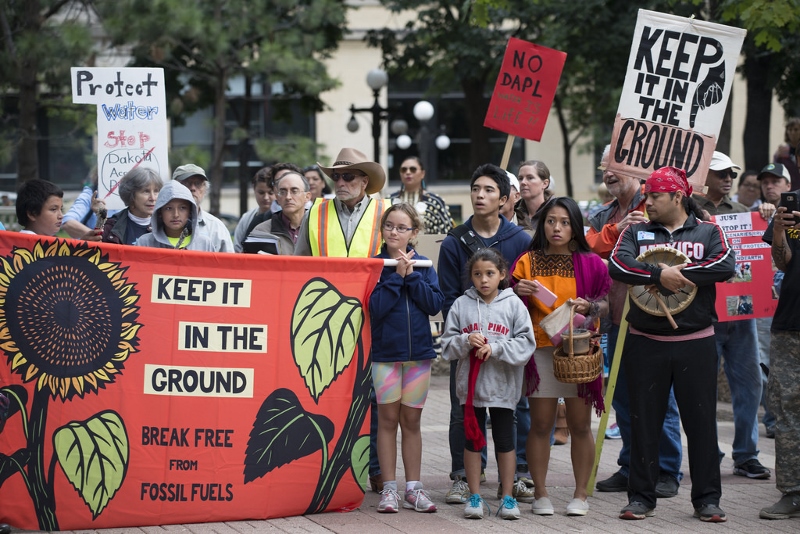 In a parallel movement, local Indigenous activists have organized under nonviolent principles as Water Protectors, putting their bodies on the line to prevent construction.

As a result, they have been met by unprecedented violence by both state police and private security contractors using attack dogs and pepper spray.

Given that Native Americans and Alaska Natives are killed by police more than any other group, this coordinated attack by law enforcement is particularly disturbing.

Water Protectors have been subject to numerous death threats, and earlier this week, a suspicious fire was purposely set near Oceti Sakowin Camp, making those threats real.

While the #NoDAPL movement is centered on Indigenous self-determination and confronting colonial violence, the climate change implications of a major oil pipeline are also clear, which is a major reason why environmental organizations like the Sierra Club, 350.org, Greenpeace, Rainforest Action Network, Earthjustice, and Food and Water Watch oppose the project. 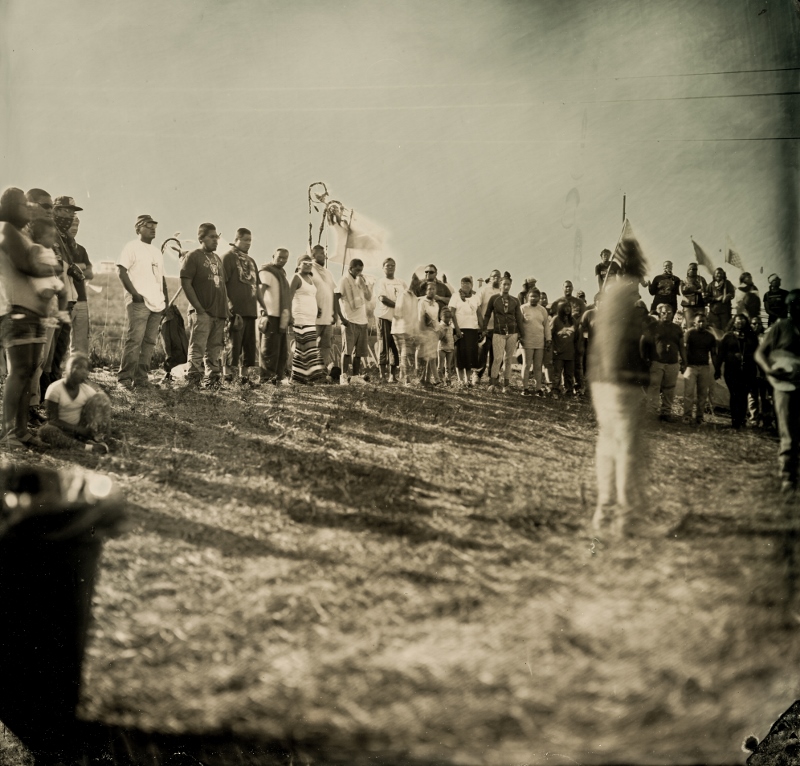 But you don’t need to take our word for it — you can listen to voices from Standing Rock to hear from the Water Protectors directly.

As Sahar wrote earlier this week:

Join us in taking action

If you’d like to watch the clergy action tomorrow online, be sure to follow the FOR Facebook and FOR Twitter accounts. Although Internet access is sometimes difficult to find on site, if any live streams are available we will share them there. You can also check the Unicorn Riot live stream, which has managed to transmit many of the actions at the camp.