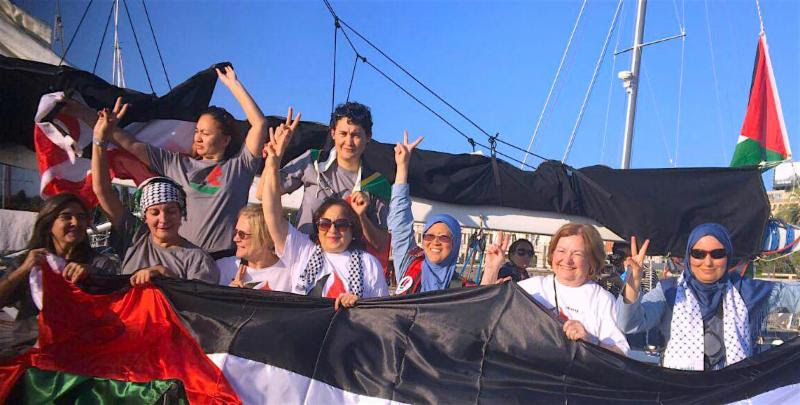 We learned late yesterday that the Women’s Boat to Gaza was taken by Israeli authorities in international waters and in violation of international law.
Women from 13 countries were aboard, including IFOR member and Nobel Peace Prize Laureate, Mairead Maguire, and friend of FOR, U.S. Col. (retired, resigned in protest) Ann Wright.
The Zaytouna-Oliva boat was carrying no material aid. This was by design because Israel, as a premise for its attacks, has claimed in the past that weapons and contraband were on board. The owner of Zaytouna-Oliva is Israeli.
Despite this, all 13 of the women on the Women’s Boat to Gaza are currently in the process of deportation, after being illegally kidnapped by Israeli Defense Forces and detained in a prison at Ashdod.
Wendy Goldsmith, a member of the land team working to secure the release of the women, said:
“The deportation was much quicker than in prior flotillas. While we had a great legal team assisting the women, we suspect that the reason for the quick release was because of all the negative media attention Israel has been receiving for its illegal interception.”
According to early reports, the Zaytouna-Oliva boat was surrounded by two warships along with four to five smaller naval boats. When a warning to stop its course toward Gaza was refused, at least seven IDF members boarded the Zaytouna-Oliva and commandeered the sailboat. 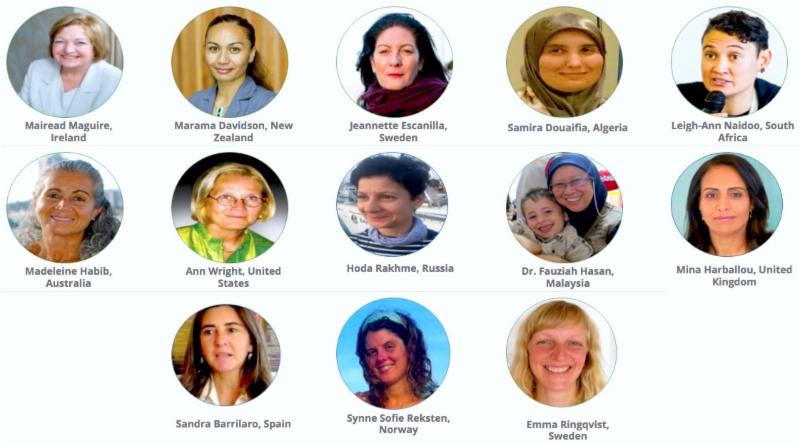 Take a moment and create a new email to two people: U.S. Secretary of State John Kerry, and the office of the UN Secretary-General, soon to be António Guterres.

Here are some suggested points — we encourage you to adapt it to your own words:

To: U.S. Secretary of State John Kerry, and the office of the UN Secretary-General
Subject: Protect the safety and human rights of the Women’s Boat to Gaza
Body:

Those of us in the United States have our taxes funding military equipment to Israel — weapons that may well have been used against the Women’s Boat to Gaza. We object to some media accounts that suggest that the capture of these women was “peaceful.” Peace is more than the absence of physical violence. Oppression, occupation, denial of human rights and taking a boat filled with nonviolent women against their will are not peaceful activities.

While the captivity of the women from the Zaytouna-Oliva will end, the mass imprisonment of 1.9 million Palestinians in Gaza will remain.

Support the Women’s Boat to Gaza

The Women’s Boat to Gaza and the larger Freedom Flotilla will continue to sail until Palestinians are free. This incident will undoubtedly lead to legal costs as well as the need to further escalate our international pressure on the state of Israel.

Join FOR in making a donation to the Women’s Boat to Gaza.

Donate to its fiscal sponsor, Nonviolence International, and be sure to check the designation “Women’s Boat to Gaza.”

As a way of closing, we invite you to watch this touching song sung by Synne Sofie Recksten, Emma Rinqvist, and Marama Davidson, from the deck of the Zaytouna-Oliva from the Mediterranean Sea.

With your support, we can ensure the safety of these international women activists and continue to press for the human rights of Palestinians in Gaza.