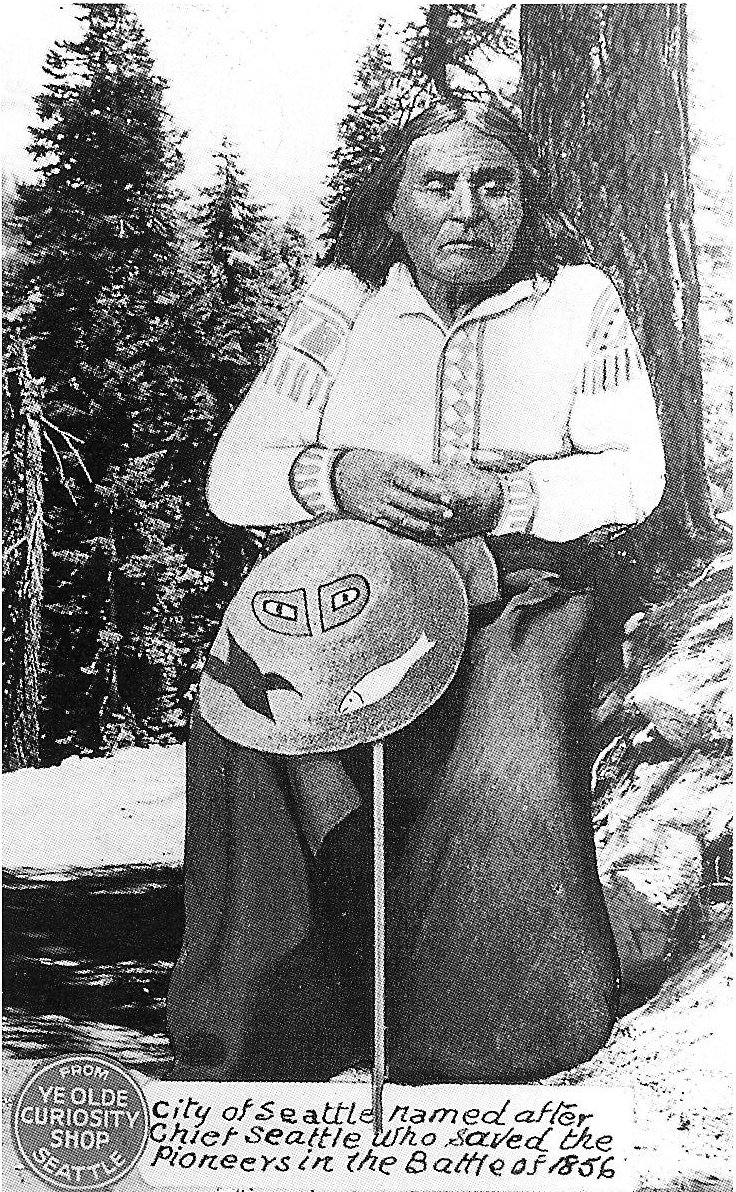 I am thinking this evening about the prophetic voice of Chief Seattle, the great leader of the Suquamish people here in the state of Washington. In 1854 he delivered a moving and sadly prophetic speech to mark the transferral of ancestral Indian lands to the U.S. federal government. He spoke eloquently about the interconnection of all creation and the crucial importance of treating the earth, the beasts and each other with reverence and dignity. But he also warned the U.S. government that the land would not tolerate abuse and crass exploitation that he had observed [edited]:

“This we know: The earth does not belong to humankind; humankind belongs to the earth. This we know: All things are connected like the blood which unites one family.” And he goes on: ” Whatever humans do to the web of life, we do to ourselves…Continue to contaminate your bed, and you will one night suffocate in your own waste.”

His words come from a holy place, and it is worth reading the whole speech.

Historically the “prophetic voice” is not so much about predicting the future as it is about naming the present with its blatant injustices and exploitation of the poor and the land. And the line of thought in the prophetic voice is that unless the deep harm being done is addressed there will be consequences. The prophetic voice is usually not a comfortable or welcome one. But it is the faithful voice of integrity, hope and profound love of Life. And it has the capacity to inspire and even compel us to act. It’s message consistently predicts that a failure to act will result in the impending and real cultural and planetary catastrophe we are facing today, for example, because of our rapacious exploitation of the earth’s resources and the oppression of the poor.

Most importantly the prophetic voice not only offers a warning, it also calls us to change our ways, to stop the self/life-defeating behavior that is “suffocating us in our own waste.” I have been so moved these past couple of weeks by the Sioux Tribe and the solidarity of thousands of other tribes and supporters at the Standing Rock demonstrations as they resist the oil pipe line and seek to protect their water supply. I see ordinary people courageously, nonviolently confronting the dogs and clubs that remind us of the civil rights movement of the 1960’s. I see a world coming to understand not only the immediate injustices of the pipeline henchmen and their bosses but the centuries old exploitation and neglect of the First Nation people. I have no way of knowing whether Chief Seattle would be pleased, but I believe he would. His prophesy about the impact of the exploitation of the land and the poor has sadly been largely confirmed. But his steadfast conviction that we are of one blood is also being played out as the Standing Rock event becomes a national movement to protect the earth and honor the dignity of all creation, including all of us “connected like the blood that unites one family.” 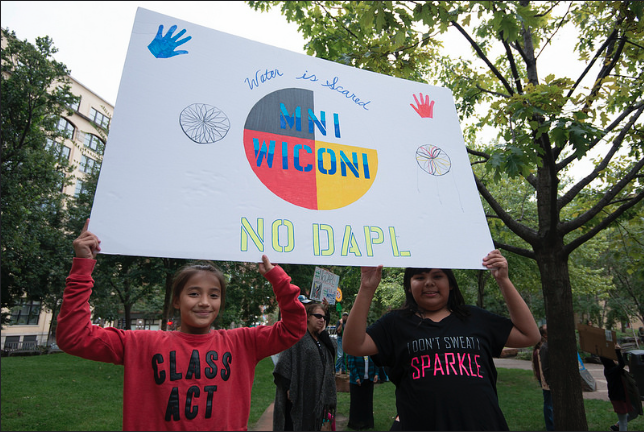 The dramatic levels of change called for at Standing Rock will be resisted as they challenge the privilege and power of the aligned forces of money and political control. But what we are seeing is a surge of a depth of commitment to the earth and to the survival of humankind in opposition to the culture of exploitation and greed. Love for life itself impels the prophetic voice. Let us honor the historical prophetic voices of Chief Seattle and all those whose courage and love of life have inspired and encouraged us to believe a more just world is possible and to act toward that end.