The 2016 U.S. election cycle has witnessed some of the most divisive and embittered language in modern political history.
Republican presidential candidate Donald Trump has regularly demonized Muslims and the Islamic faith and proposed to bar Muslim immigrants to the United States. Meanwhile, Democratic presidential candidate Hillary Clinton’s foreign policy proposals have critics who argue their neoconservative roots play an equally important role in the rise of Islamophobia.
This is not empty rhetoric. While Islamophobic language has been present in recent years, research shows a significant increase since late 2015. Following the December massacre in San Bernardino, California, politicians nationwide called for bans on Syrian and Muslim refugees — and some pundits even demanded that Muslim Americans be targeted by law enforcement, detained, and deported.
Women leaders in our communities, including religious leaders and political leaders, have been underrepresented voices in the public debate of how to respond effectively to the rise of Islamophobic language and action.

And that’s why the Fellowship of Reconciliation (FOR), in collaboration with the Interfaith Center of New York and Muslims for Progressive Values, hosted a symposium of 12 women leaders on September 21st at Union Theological Seminary in New York City. 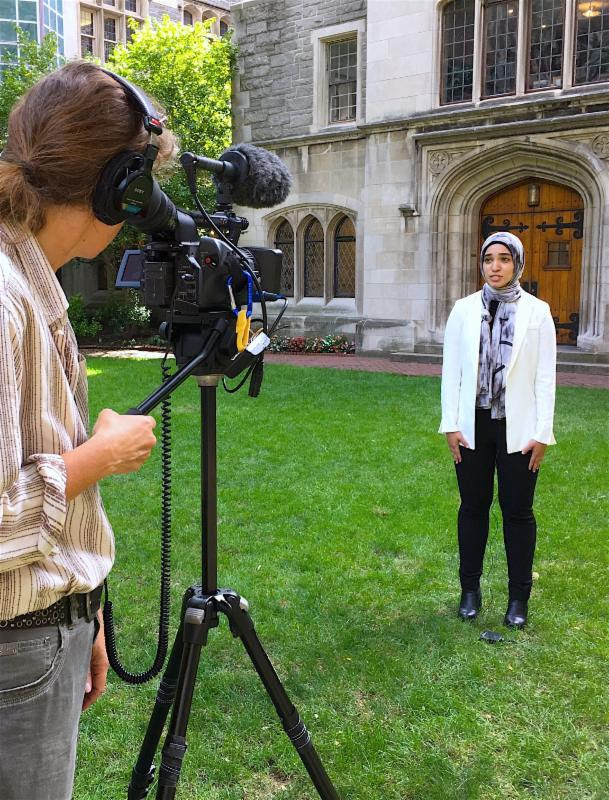 On the UN International Day of Peace, just seven weeks prior to Election Day, these distinguished representatives of faith traditions and political offices discussed how communities can build power to change the moral landscape and inspire policy changes at the grassroots and national levels.
And now we need your help: Donate now to fund the production and posting of videos from yesterday’s event — Women Confronting Islamophobia.
Psychologically, many Muslim Americans report they are more fearful today than ever; even more than after the Sept. 11, 2001, terrorist attacks.
In the political realm, we find specific federal, state, and local examples of Muslims harassed and discriminated against for their religious and cultural practices (including the wearing of hijab), being placed under surveillance, and criminalized as a result of racialized religious profiling. The August shooting death in Queens, New York, of an imam and his assistant have magnified these tensions and put many Muslims on a status of high alert.
Make a contribution now and your donation will specifically support spreading the wisdom and inspiration of these women leaders confronting Islamophobia around the country.
Some of the topics covered at yesterday’s event included:

We think it’s critical these discussions are spread throughout the wider discourse in our country today — but we can’t do it without your help.

Donate now and we’ll be able to produce and share videos from this event.
Peace be with you — a’salaam aleikum,

Pictured above: Aman Abdelhamid, being interviewed by filmmaker Carolina Kroon.

Group photo above, from left to right: