Orlando: The Complexity of Human Existence and Grief 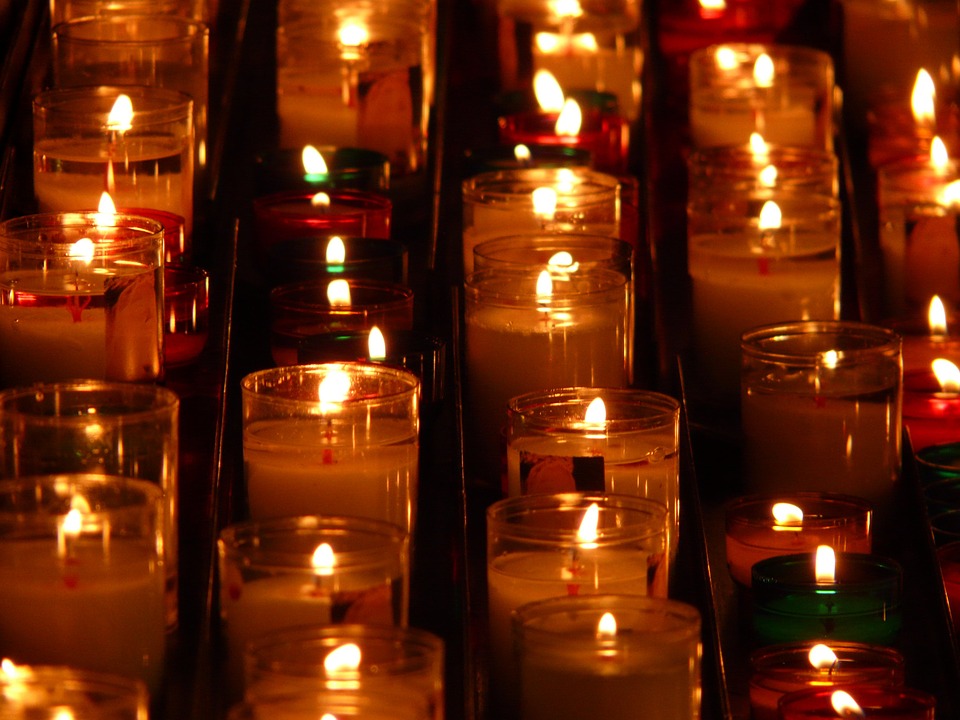 As the debate and the raw emotion of last week subsides and the discussion moves into a second week, I find myself still reeling. I am not among those grieving the personal loss. My family and friends in Orlando are safe and the depth of my gratitude reflects this haunting and pronounced awareness that it might not have been so. That life must not be taken for granted. The grim reality that the news that shook mothers and fathers and brothers and sisters from their sleep last Sunday could have been mine. I write this, and I feel this from far away from Orlando and it is not lost on me that I write this waiting to retrieve a dear friend from the Brussels airport where yet, another tragedy just months ago, shook so many.

As I consider the grief of those in Orlando, what shakes me the most is the moment those doubtlessly beautiful and brilliant lives were taken. My mind keeps drifting to the last moments of those murdered ordering drinks or texting their mothers from bathroom stalls and the thought that keeps haunting me was that it was just after “last call.” The night was almost over.

The paradox is unrelenting and it’s the moment of their death that compounds my empathy and grief. I know what it feels like to be free on the dance floor at 2 or 3:00 am, working it out, happy, with friends, lovers and potential lovers. So many of us know that feeling…that joy, that relative bliss and the vulnerability that comes with it. It is human. I imagine and remember the reprieve from work, from the 9-5, 11-3, or 6 until closing shift, a break from the other complications of life. I also know as many LGBTQpeople know the sweet feeling of release from having performed our best drag all day to conform to the expectations of the dominant culture. The freedom found in some dark and crowded place where we can shake defiantly, kiss passionately and grind on the dance floor with abandon. The taunts, ridicule, and all manner of violence held at bay by the beats that feel as much within us as round us. These spaces and moments are not perfect but in this beautiful and sweet moment we are fully in our bodies, free in our love and desire. The more we’ve suffered, the more we’ve endured the more the space is needed. I’ve always thought the song “God is a DJ” got it right and the thought of that sacred moment interrupted by evil exacting such an unimaginable pain leaves me breathless. To the forty-nine souls whose lives have been lost, to the fifty-three injured and those who escaped, I will never again be able to dance without thinking of you.

When I’ve danced before, like many of us, I feel the weight of the gay clubs raided, bombed, the people beaten by police, forced to the ground while assaulted with Billy clubs and police dogs. I have danced with the awareness that for the freedom we’ve gained, and could express in Orlando, others in many other parts of our world cannot move their bodies so freely, cannot press their bodies against the bodies of those desired without risking grave consequence. Perhaps that’s what makes it all the more painful, the feeling of progress halted in one horrible instant. We had come to not expect such concentrated horror in places like Orlando.

For this reason and many, the shock of the country is understandable and it is not at all mitigated by the fact that atrocities have happened before or persist elsewhere in similar or greater magnitude. No parent anywhere should have to feel what these parents must now feel. Yet, many have, do and will. As the war planes ready, and the soldiers prepare to be deployed, to think, that the actions of this murderer will be cited as justification for the deaths of thousands is simply too much to bear. Perhaps one of the symptoms of the creeping inhumanity of our culture is our inability to mourn.

That grief drives us to action is not wrong, but for it to drive us to fear is dangerous. It is so dangerous because we are so very ill informed; we in the U.S. public are ignorant in a way that belies our power and influence in the world and some of this ignorance is willed. Thus, it goes that the horrible acts of a demented man serve to confirm the shortsighted convictions of ignorant people and hypocrisy reigns as people steal from the dead and grieving to distance themselves from their all too recent bigotry.

Then comes the picking apart of the dead, perpetrator and victims. The New York Times published headlines that speak of stitching together “Gays and Latinos, 2 Cultures Once at Odds.” The article eloquently chronicles the pain and homophobia of generations past, yet this is the way the majority always tells the story, as if to be gay is to surrender your claim to Latino, as if being gay could make anyone any less Boricua. As if any of us with more complex identities could separate ourselves. There is no Latino community without its LGBTQ members anymore than Black or African American could exist without James Baldwin, or Bayard Rustin, Alice Walker, or Angela Davis. I don’t wish to dishonor the victims by pointing out the violence of this reduction. Rather, I find it illustrative of a persistent problem that contributes to the creation of more victims.

Reporters, commentators and the like speak of “separate communities” reducing millions of people and, in the case of Islam, 1.2 billion people to such a simplified caricature that were the consequences not so frighteningly real in our time, it would be immediately taken as absurd. They say things like “Muslims are responsible,” “Muslims don’t like gays” accepting a logic so faulty its hard to understand how it could be said seriously. They render the Muslim gay, lesbian and trans people that have been among my friends in the U.S. and Europe invisible. These friends that I have, whom I’ve loved, also dance, arms extended, shoulders twisting, they also know the freedom of Pulse. They’ve struggled within their communities and their struggle is made more difficult not less the bigotry, discrimination, bombs and military occupations. The phrases of WEBDubois, “What does it feel like to be a Problem?”  And “Double Consciousness” serves both LGBTQ people globally and Muslim identified people living in Europe and the United States well. Du Bois wrote in 1903: Why haven’t we learned? 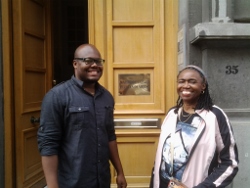 It’s all too much to deal with really. As I sit and write, my friend, Zoharah Simmons, who happens to be Muslim and Feminist, a 50 year veteran of the Black Freedom Struggle arrives at Brussels Luchthaven. Following up on conversation about nonviolence from our first event with young Belgians, our second event will be about the role of love and education in organizing for a more peaceful and just world.  The airport is repaired, one does not notice the traces of the carnage that was here just weeks ago. There is a part of me that wishes that I could just go from here find a club and dance and forget it all. I’m sure I’ll be able to again some day, but right now, my DJ is bowled over and weeping.

Photos: Memorial candles courtesy of Creative Commons; Lucas with Zohara Simmons in front of the Peace House in Brussels, the headquarters of the IFORbranch in Belgium and an office of the IFOR Secretariat.