Coming out with love for the United Methodist Church 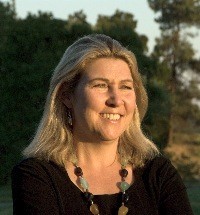 Yesterday, 111 lesbian, gay, bisexual and transgender United Methodist clergypersons came out in an historic open letter to the denomination. Incredibly still in 2016, the United Methodist Church does not ordain openly gay, lesbian, bisexual and transgender individuals, the last of the mainline Protestant denominations to fail to affirm this essential equality.

I have been a part of the leadership group planning this action, and I am one of the 111.

In this action, coming on the eve of the opening of the quadrennial United Methodist Church General Conference in Portland, Oregon, every clergy person who signed the letter is risking facing a church trial, public scrutiny and ultimately losing our ordination.

But it is time.

I know I don’t have to tell you of the violence that the church’s discriminatory stance does to countless persons, resulting in a huge loss of gift and graces from the ordained ministry, and broken families when parents feel torn between supporting the church’s policies and supporting their LGBTQI children.

There is no question that United Methodist Church’s policy is violence and has done violence. 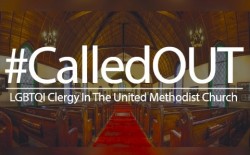 This morning, many of my LGBTQI United Methodist colleagues are wondering how long they will be able to remain in their positions. As Executive Director of the Fellowship of Reconciliation, I can’t even begin to express how grateful I am to lead an organization where I know that not only will I retain my position, I am surrounded by support and solidarity.

When I was in the ordination process 20 years ago, both in the papers I submitted and standing in front of a body of 35 colleagues, I refused to answer questions related to sexual orientation, stating that they were unjust and I did not recognize their validity. This was my first major personal act of noncooperation and resistance against an unjust system.

And though I’ve now been out for many years and have lived openly with my wife (whom I met in seminary) and our children, this is a distinct act of coming out, en masse to the denomination with 110 of my colleagues.

We all love the church we serve, and we believe it can be better. Though church trials may be coming, we do not intend to leave. We seek a church that truly reflects the beloved community and we will continue to advocate for that reality until it comes.

As Executive Director of FOR, I stand in a long line of United Methodist clergy who sought justice from this role: Rev. Richard Deats, Rev. George Houser, and Rev. John Swomley all are United Methodist clergy who served the cause of justice, peace and freedom through FOR. I also represent a long lineage of lesbian and gay executive leadership in FOR, including past executives Grace Hutchins and Pat Clark, which goes back almost a century to our earliest years.

I am proud and humbled to stand in these lines, and deeply grateful to you for standing with me.

Make a donation to the Fellowship of Reconciliation

How you can take part

Share the letter from the 111 clergy on your favorite social media!

Organizers are using the hashtags #CalledOut, #ItsTime and #Portland111 — follow those links to see the latest discussion from Twitter, and include them in your social media posts if you like.

Soulforce and Love Prevails are organizing a nonviolent direct action training for United Methodists at General Conference, and they could use your financial support. If you’re a member of the UMC, Soulforce has an email update list just for you.

For those in the Portland area, the Love Your Neighbor Coalition is hosting a safe space at the conference with trainings and speakers, and has a real-time smartphone app that will let you hear about the latest events.